Researchers from UPM and CSIC have employed waste from the agri-food industry to develop biomaterials that are able to act as matrices to regenerate bone and cartilage tissues, which is of great interest for the treatment of diseases related to ageing. 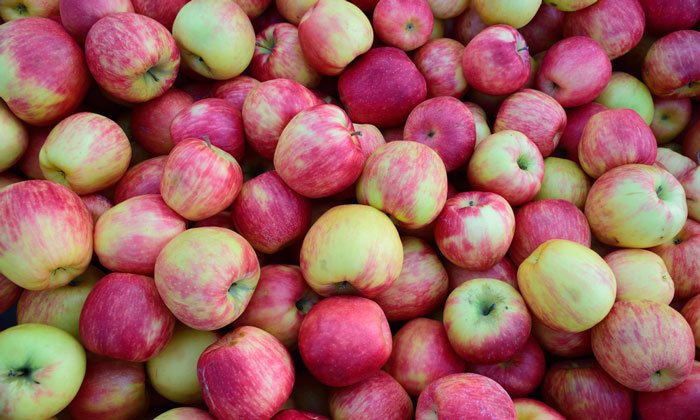 A team of researchers from the Centre for Biomedical Technology at Universidad Politécnica de Madrid (CTB-UPM), in collaboration with Instituto de Ciencia de Materiales (ICMM-CSIC) and Institute of Catalysis and Petrochemistry (ICP-CSIC) from Spanish Council for Scientific Research (CSIC), have produced biocompatible materials from waste of the agri-food industry, specifically from the apple pomace resulting from the juice production.

These materials con be used as 3D matrices for the regeneration of bone and cartilage tissues, being useful in regenerative medicine for diseases such as osteoporosis, arthritis or osteoarthritis, all of them of great economical impact, due to the increasing average age of the population.

Apple pomace is an abundant raw material. The world production of apples was more than 70 million tons in 2015, of which the European Union contributed with more than 15%, while half a million tons of which came from Spain. About 75% of apples can be converted into juice and the rest, known as apple pomace, that contains approximately 20–30% dried matter, is used mainly as animal feed or for compost.

Since apple pomace is generated in vast quantities and contains a large fraction of water, it poses storage problems and requires immediate treatments to prevent putrefaction. An alternative of great environmental interest is its transformation into value added commodities, thus reducing the volume of waste.

The procedure of the multi-valorisation of apple pomace carried out by the UPM and CSIC researchers are based on sequential extractions of different bioactive molecules, such as antioxidants or pectin, to finally obtain the waste from which they prepare a biomaterial with suitable porosity and texture to be used in tissue engineering.

The primary extraction of antioxidants and carbohydrates constitutes 2% of the dry weight of apple pomace and pectin extraction is 10%. The extracted chemical cells have a recognized value as nutraceuticals and pectin is a material of great utility in different medical applications, given its high biocompatibility and being part of antitumor drugs or in the treatment of coetaneous wounds.

Furthermore, it has been found that the materials remaining after antioxidant and pectin removal from apple pomace can still be designed with adequate structure, texture and composition to grow diverse types of cells. In this particularly case, the chosen cells were osteoblasts and chondrocytes, both of them related to the regeneration of bone and cartilage tissues because of their application in regenerative medicine in diseases such as osteoporosis, arthritis or osteoarthritis.

Today, there are products in the market with the same applications, however they have a high price reaching over €100 per gram, while waste used in this work hardly reaches €100 per ton. For this reason, there are consistent incentives to convert this waste into final products of great added value.

According to Milagro Ramos, a researcher of the study, “with this approach we achieve a double goal, firstly using waste as a renewable raw material of high value and chemical diversity, and secondly, to reduce the impact of such waste accumulation on the environment”.

Thanks to the new materials obtained in this work, researchers are developing new technological applications that allow them to structure customised biomaterials through 3D printing techniques.