Exploring how therapies with multi-faceted approaches could improve options for treatment-refractory cancers, like pancreatic and triple-negative breast cancer. 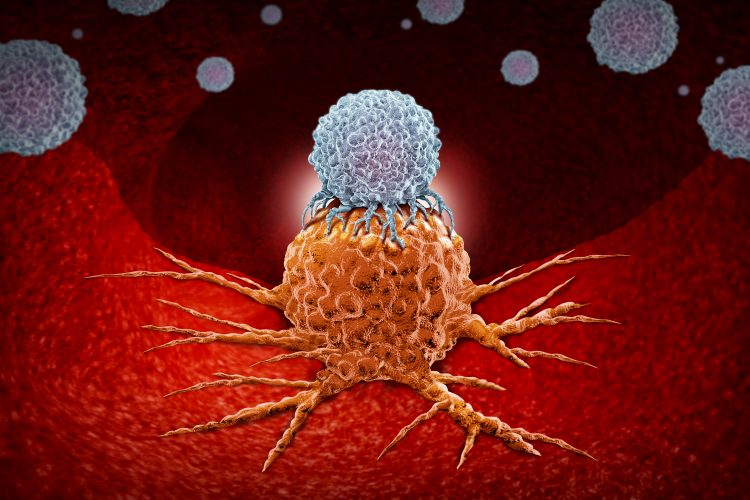 Despite oncology being a focus of pharmaceutical R&D for decades, some cancers remain difficult to treat. Drug Target Review’s Hannah Balfour spoke with Hans Klingemann, MD, PhD, Vice President of R&D at NantKwest, a clinical stage immunotherapy company, to find out how effective treatments against traditionally treatment-refractory cancers, like pancreatic cancers and triple-negative breast cancers, can be developed.

What makes cancers hard to treat?

Klingemann revealed that there are many reasons cancers can be hard to treat, including challenges due to the suppression of the immune system, the immediate tumour microenvironment preventing drug delivery and inherent or developed drug resistance due to tumour heterogeneity and evolution.

According to Klingemann, because cancerous cells develop from endogenous tissues, unlike exogenous disease agents like bacteria and viruses, the immune system does not always recognise cancer cells as an entity to be attacked “because, in many ways, they resemble healthy cells”. He said the result is a “tepid” immune response which immunotherapies try to overcome by empowering the immune cells to recognise cancer as harmful and directly activating specialised immune cells to attack.

The secretions and factors in the tumour microenvironment also limit the immune response by contributing to immune suppression. By hijacking endogenous mechanisms that typically prevent autoimmune reactions, cancer cell secretions silence or paralyse the immune cells, explained Klingemann. This microenvironment also presents challenges for drug delivery once a druggable target is identified because “most immunotherapies involve engineered human cells or complex biologics.” These large molecules can struggle to infiltrate tumours to interact with the immune cells contained within. Primarily, this is due to the architecture of the tumours, where there might be limited or inconsistent blood supply or fibrotic areas that prevent drug infiltration. 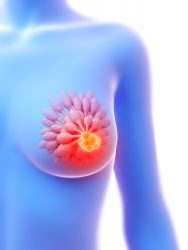 A further challenge for treating cancers is that some, like pancreatic cancers, have inherent resistance to treatments. Klingemann explained that while researchers are unsure why pancreatic cancers are so resistant, typical approaches have little effect on triple-negative breast cancers because they lack receptors for oestrogen, progesterone and her2, which typically promote cancer growth and are often the targets of oncology drugs. A further issue is the development of resistance after therapy; cancer cell surface proteins can mutate to become unrecognisable to therapies. Additionally, the heterogeneity of cancer cell populations means that while many cells may be destroyed, the surviving ones that are resistant to treatment can repopulate the tumour.

How can hard-to-treat cancers be treated effectively?

NantKwest has been developing a ‘triangle offense’ approach to target hard-to-treat cancers, according to Klingemann. These natural killer (NK) cell-based therapies activate three types of immune cells to destroy cancer: NK cells, T cells and dendritic cells. Klingemann said it essentially comes down to the philosophy of having NK cells (born to kill), T cells (trained to kill) and dendritic cells (the trainers) all activated in a co-ordinated manner in order to identify and destroy cancer.

Their three immunotherapy products, haNK®, taNK® and t-haNK® are derived from a highly activated NK cell line which express receptors that activate the immune system against specific cancers. “Each of the products can be modified to target different cancers,” said Klingemann.

The NK cell line that the product is based on is called NK-92, which Klingemann helped discover in 1992. The NK-92 line came from a culture of human cells from a patient with a rare type of cancer, which contained extraordinarily highly activated NK cells. This original cell line has since been engineered to express receptors with high affinity for co-administered antibodies to enhance the anti-cancer activity of those antibodies, and these cells are called haNKs (high affinity NK cells). haNKs that are further engineered to express a chimeric antigen receptor (CAR) are called t-haNKs. These NK cells make up one of the three components of the triangle approach.

According to Klingemann, the company has focused its efforts into treatment-refractory cancers, but the mechanism of action could work across all cancers. They are targeting these cancers because the current standard-of-care (SOC) treatments, including chemotherapy and radiation, are notoriously non-specific and have unpleasant side-effects. Klingemann explained that “simply put, they are not designed for cancer but rather for killing cells generally.”

He continued that the targeted and versatile action of the triangle offence and its ability to reduce immune suppression by the tumour microenvironment means it overcomes many of the downfalls of other treatments and challenges associated with drug design.

Both haNK and t-haNK are currently in clinical trials as part of the company’s NANT Cancer Vaccine (NCV), an adenoviral and yeast-based vaccine platform.

The multi-faceted approach to these immunotherapies should make it harder for cancers to develop resistance, meaning it could be applied to treat a range of cancers in the future”

In a Phase Ib trial, two triple-negative breast cancer patients who received the high-affinity NK cell therapy (haNK) as part of a treatment protocol showed a complete response, where the mass reduced until it was no longer detectable, for over a year. Klingemann reported: “the median progression-free survival rate was much longer than the historical median for third line triple-negative breast cancer patients, which has been reported as two to three months.”

In a compassionate use single patient investigational new drug (IND) trial using PD-L1 t-haNK as a treatment for metastatic pancreatic cancer, one patient has an ongoing complete response. According to Klingemann, they have also seen objective responses and a complete response with haNK in patients with recurrent metastatic head and neck cancer.

Klingemann commented that NantKwest has just initiated a Phase II trial for Merkel cell carcinoma in patients for whom other treatments have failed. In this instance, the haNK cells are being used in combination with ImmunityBio’s IL-15 superagonist N-803 and Avelumab, a monoclonal antibody approved for use in Merkel cell carcinoma. The hope is that the spontaneous killing activity of the NK cells will augment the cytotoxicity of Avelumab.

The company is finishing a first-in-human Phase 1 study with a PD-L1 t-haNK cell line in recurrent solid tumour cancer and is also awaiting clinical testing of her2 and epidermal growth factor receptor-(EGFR) targeting t-haNK therapies and developing the next generation of chimeric antigen receptor- (CAR) expressing t-haNKs, which will secrete molecules or proteins to combat the immunosuppressive tumour microenvironment and encourage cancer cell destruction by the immune system.

Overarchingly NantKwest’s triangle offence NK cell-based therapies appear to be promising options for the treatment of traditionally therapeutic resistant cancers. The multi-faceted approach to these immunotherapies should make it harder for cancers to develop resistance, meaning it could be applied to treat a range of cancers in the future. The engineering behind this therapy should also limit the off-target effects, allowing the treatment to be both effective and selective.