Human primary hepatocytes (hpheps) are the gold standard for in vitro evaluation of drug metabolism, drug-drug interactions, and metabolic disease research. However, hpheps don’t survive in standard 2D culture for very long – no longer than two or three days.

Experiments are therefore limited due to their rapid loss of function when cultured in vitro, which is especially problematic for chronic toxicity studies that require longer usage windows to observe the effects of drugs.

This fundamental limitation restricts the utility of hpheps in multiple applications, including drug metabolism and metabolic disease research. To address this problem, 3D sandwich cultures with matrix overlays (Liu et al. 1999), bioreactors (Hoffman et al. 2012), and 3D spheroid cultures (Proctor et al. 2017) have been developed. Although these approaches can maintain some hepatocyte functions for several weeks in vitro, they do not entirely overcome the limitations of hpheps because these culture systems restrict the types of assays that can be performed. Further, they require advanced and expensive lab equipment, are not easy to use, or are not generally applicable to hpheps from different donors.

Another problem is the large variation between donors and a finite number of harvestable cells – normally from patient biopsies – from each donor. It is now possible to obtain batches of hpheps from commercial vendors. Though commercial vendors might provide a more convenient and reliable source of cells, each batch of isolated cells is donor-specific and, as such, needs to be pre-screened by the vendors and qualified for different functions (eg, transporter-mediated uptake, metabolic activity, CYP enzyme induction).

And to complicate things even further, each vendor provides their own culture medium to go with the cells, which can lead to variable results when comparing results from different vendors, donors and experiments. As a result, no matter what the source of hpheps, no universally accepted culture system currently exists and researchers need to pre-qualify each lot of cells prior to their experiments, which influences the ability to interpret their results.

Takara Bio’s Cellartis® Power™ Primary HEP Medium addresses the short-term culture problem, as well as donor-dependency. Our medium has been shown to work across multiple donors equally and across batches of cells from the different vendors, enabling researchers to interpret their results from a uniform starting point. In addition, Power medium is the only culture medium on the market that can maintain healthy, functional hpheps for up to 4 weeks in conventional 2D culture without the need for messy sandwich overlays, challenging 3D culture systems, or expensive bioreactors. This extended lifespan of hpheps enhances the utility of primary hepatocytes in multiple applications, such as drug metabolism and metabolic disease research. 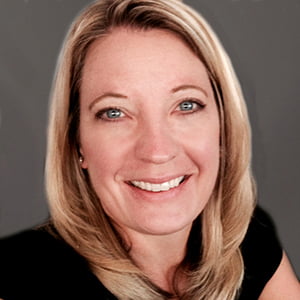