CFTR interacts with the wrong partners in cystic fibrosis

By removing these interactions, the researchers partially restored the protein’s normal function. The findings suggest that therapies could one day treat the root cause of cystic fibrosis, not just the symptoms… 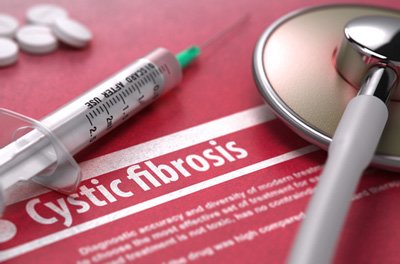 Scientists have found evidence that a mutant protein responsible for most cases of cystic fibrosis is so busy “talking” to the wrong cellular neighbours that it cannot function normally and is prematurely degraded.

By removing this chatter, the researchers, from The Scripps Research Institute (TSRI), partially restored the protein’s normal function. The findings suggest that therapies could one day treat the root cause of cystic fibrosis, not just the symptoms.

Bamberger and colleagues believe a better understanding of a protein called the cystic fibrosis transmembrane conductance regulator (CFTR) could be the key to developing new treatments. Most patients with cystic fibrosis have a mutation, called ΔF508, in the gene that encodes CFTR, keeping CFTR from folding properly and being processed correctly in cells.

“Freezing people is not a practical treatment, of course, but this showed us mutant CFTR can be functional,” said Pankow. “So the idea behind our new study was to find new drug candidates that could mimic what we see at low temperatures.”

In the new study, the researchers analysed cell samples with a tool called Co-Purifying Protein Identification Technology (CoPIT). With CoPIT, they identified almost every protein CFTR interacted with – even tracking the secondary and tertiary protein interactions.

The results were surprising. While it was thought that most mutant proteins just lack one or two crucial interactions, the ∆F508 CFTR mutant had acquired an entirely new “disease-specific” interaction network.

“Three hundred proteins changed their level of interaction, and an additional 200 proteins interacted with the mutated CFTR,” said Pankow. “It’s like the wrong people are talking to the mutated CFTR all the time.”

The researchers narrowed these mutant protein interactions to just eight key disruptive proteins. The team then used a gene silencing approach to remove or “knock down” those proteins and block the interaction of these proteins with ∆F508 CFTR. They found that without the additional interactions, ∆F508 CFTR partially returned to normal function.

Pankow and Bamberger said the next step in this research is to look for small molecule drug candidates that could target these disruptive proteins. The researchers have also released their raw CoPIT data publicly so other scientists can explore the clinical implications of CFTR interactions.