The virus drives production of small molecules, so-called microRNAs, which suppress alarm signals sent out by the infected cell… 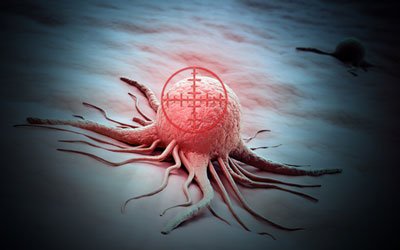 Epstein-Barr virus (EBV) prevents infected cells from being attacked by the immune system. The virus drives production of small molecules, so-called microRNAs, which suppress alarm signals sent out by the infected cell. Scientists at Helmholtz Zentrum München have elucidated this previously unknown mechanism. The EBV virus, first described by the English virologists Michael Epstein and Yvonne M. Barr, is found in the majority of the world’s population, but is usually held in check by the immune system. Nevertheless, the body is unable to eliminate this pathogen completely.

“Our new studies show that by means of microRNAs, the virus prevents the infected cell from alerting the immune system,” said Hammerschmidt, summarizing the findings.

EBV usually hides in B cells, a class of white blood cells. If they are infected by EBV, the virus induces the cells to proliferate and thus to expand the reservoir of viruses. The B cells usually respond with an alarm signal to the immune system: They present molecules of the virus on their surface and secrete inflammatory cytokines to attract immune cells.

“It’s just this alarm signal that’s suppressed by microRNAs made by the virus,” said Manuel Albanese, a scientist in the Research Unit Gene Vectors. His colleague Takanobu Tagawa added: “The microRNAs block production of the proteins that would ring this alarm.”

New approach may be promising for cancer therapy

Since the EBV virus drives division of B cells and thereby causes particular forms of cancer, the researchers are considering how to apply these findings to cancer therapy.

“If it were possible to disrupt this blockade, this could be an interesting approach to treat cancer: the immune system could then better fight tumours that are triggered by EBV.” Clinical studies on active substances that shut off specific microRNAs have already started for other diseases.