Scientists have discovered 15 genome sites — the first ever — linked to depression in people of European ancestry. Many of these regions of depression-linked genetic variation turn out to be involved in regulating gene expression and the birth of new neurons in the developing brain… 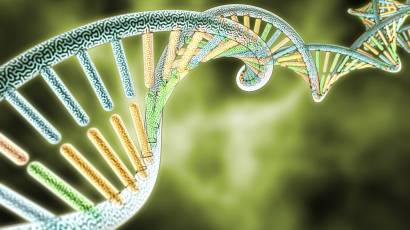 Scientists have discovered 15 genome sites — the first ever — linked to depression in people of European ancestry. Many of these regions of depression-linked genetic variation turn out to be involved in regulating gene expression and the birth of new neurons in the developing brain.

But – in a twist – the researchers didn’t have to sequence anyone’s genes!

Instead, they analysed data already shared by people who had purchased their own genetic profiles via an online service and elected to participate in its research option. This made it possible to leverage the statistical power of a huge sample size to detect weak genetic signals associated with a diagnosis likely traceable to multiple underlying illness processes.

This novel use of crowd-sourced data was confirmed with results from traditional genetics approaches in the study, funded by the National Institutes of Health.

Roy Perlis, M.D., M.SC, of Harvard/Massachusetts General Hospital — a grantee of the NIH’s National Institute of Mental Health (NIMH) and National Human Genome Research Institute (NHGRI) — was the main contributor to the reports.

It’s well known that at least some depression runs in families and some risk is inherited. Yet, prior to this study, conventional genome-wide approaches had failed to reliably identify chromosomal sites associated with the illness in populations with European roots. Since depression is thought to be like fever — a common set of symptoms likely rooted in multiple causes — lumping together genetic data from people with different underlying illness processes likely washed out, or statistically diluted, subtle evidence of effects caused by risk genes.

To increase their odds of detecting these weak genetic signals, the researchers adopted a strategy of studying much larger samples than had been used in the earlier genome-wide studies. They first analysed common genetic variation in 75,607 people of European ancestry who self-reported being diagnosed or treated for depression and 231,747 healthy controls of similar ethnicity.

This data had been shared by people who purchased their own genetic profiles via the 23 and Me website and agreed to participate in the company’s optional research initiative, which makes data available to the scientific community, while protecting privacy.

The researchers integrated these data with results from a prior Psychiatric Genomic Consortium genome-wide-association study, based on clinician-vetted diagnoses of more than 20,000 patients and controls of European ancestry. They then followed-up with a closer look at certain statistically suspect sites from that analysis in an independent 23 and Me “replication” sample of 45,773 cases and 106,354 controls.

Depression linked to other mental illness

In all, Perlis and colleagues found 17 genetic variations linked to depression at 15 genome locations. In addition to hinting at a link between depression and brain gene expression during development, there was also evidence of overlap between the genetic basis of depression and other mental illnesses. While the genome sites identified still account for only a fraction of the risk for depression, the researchers say the results support the strategy of complementing more traditional methods with crowd-sourced data.

“We hope these findings help people understand that depression is a brain disease, with its own biology,” said Perlis. “Now comes the hard work of using these new insights to try to develop better treatments.”

By National Institute of Health (NIH)