Posted: 26 May 2016 | Victoria White, Digital Content Producer | No comments yet 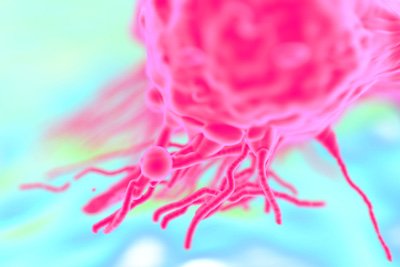 The study takes aim at proteins and their modifications to better understand cancer. It also illustrates the power of integrating genomic and proteomic data to yield a more complete picture of cancer biology than either analysis could do alone.

The effort produced a broad overview of the landscape of the proteome and the phosphoproteome across a set of 77 breast cancer tumours that had been genomically characterised in the TCGA project. Although the TCGA produced an extensive catalogue of somatic mutations found in cancer, the effects of many of those mutations on cellular functions or patients’ outcomes are unknown. In addition, not all mutated genes are true “drivers” of cancer — some are merely “passenger” mutations that have little functional consequence. And some mutations are found within very large DNA regions that are deleted or present in extra copies, so winnowing the list of candidate genes by studying the activity of their protein products can help identify therapeutic targets.

“We don’t fully understand how complex cancer genomes translate into the driving biology that causes relapse and mortality,” said Matthew Ellis, director of the Lester and Sue Smith Breast Center at Baylor College of Medicine. “These findings show that proteogenomic integration could one day prove to be a powerful clinical tool, allowing us to traverse the large knowledge gap between cancer genomics and clinical action.”

“Robust and reproducible data, at a scale unachievable before”

In this study, the researchers at the Broad Institute analysed breast tumours using accurate mass, high-resolution mass spectrometry. This allowed them to scale their efforts and quantify more than 12,000 proteins and 33,000 phosphosites, an extremely deep level of coverage.

“Advances in sample handling and instrumentation have brought on a revolution in mass-spectrometry-based proteomics,” said Steven Carr, director of the Broad Institute’s Proteomics Platform. “We can now apply that to the phosphoproteome, which is of central importance to understanding signalling in cancer and other diseases. Our approach produces robust and reproducible data, at a scale unachievable before.”

As with other cancers, breast cancer tumours are known to harbour many mutations, so studying them all would require an endless number of experiments to discern the effects of various combinations of mutations in a model system. With this approach, however, the team can study the cancer cell in which those mutations evolved and analyse the integrated output of the cell’s proteins.

This analysis uncovered new protein markers and signalling pathways for breast cancer subtypes and tumours carrying frequent mutations such as PIK3CA and TP53 mutations. The team also correlated copy number alterations (extra or missing DNA) in some genes with protein levels, allowing them to identify 10 new candidate regulators. Two of these candidate genes, SKP1 and CETN3, can be connected to the oncogene EGFR, which is a marker for a particularly aggressive breast cancer subtype, known as “basal-like” tumours.

The search for druggable kinase proteins

Using transcriptional (mRNA) profiling, scientists have divided breast cancer into four major subtypes: luminal A and B subtypes, basal-like tumours, and HER2-enriched tumours. In this work, the researchers used proteomic and phosphoproteomic data to recapitulate basal and luminal subtypes. They were also able to identify a stromal-enriched cluster and, by clustering tumours based on phosphorylation pathways, they highlighted a G-protein-coupled receptor subgroup not seen with mRNA approaches.

In the study and treatment of breast cancer, scientists and physicians hope to identify more druggable kinase proteins in addition to HER2, which can be targeted with trastuzumab (Herceptin) but only in 20 percent of breast cancers that overexpress the HER2 protein. In this study, the researchers conducted an outlier analysis of the phosphorylation states of kinase enzymes, which highlighted aberrantly activated kinases in breast cancer samples, such as HER2, CDK12, PAK1, PTK2, RIPK2, and TLK2.