Empty phage viruses as a method to combat influenza

A group of German researchers has proposed an empty phage capsid with ligands on its surface as a novel technique to treat influenza. 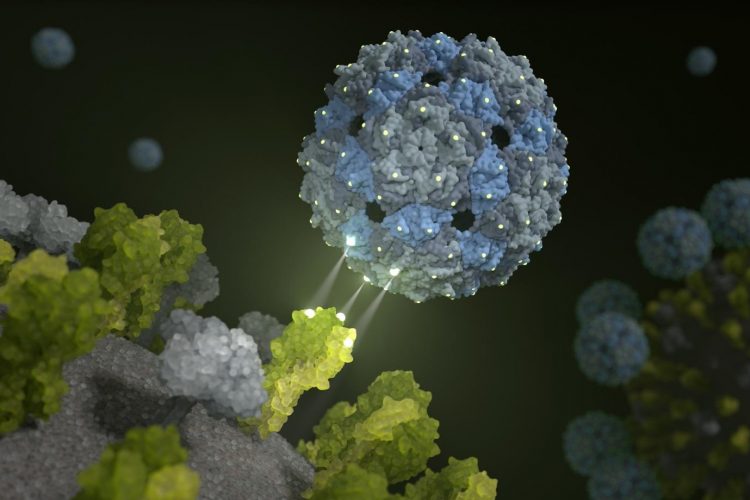 Current antiviral drugs that combat influenza are only partially effective because they attack the influenza virus after lung cells have been infected. As the World Health Organization (WHO) estimates that flu is responsible for up to 650,000 deaths per year worldwide, it is a goal of researchers to find an effective way to prevent infection in the first place.

“Pre-clinical trials show that we are able to render harmless both seasonal influenza viruses and avian flu viruses with our chemically modified phage shell,” explained Professor Christian Hackenberger, Head of the Department Chemical Biology at the FMP and Leibniz Humboldt Professor for Chemical Biology at HU Berlin. “It is a major success that offers entirely new perspectives for the development of innovative antiviral drugs.” 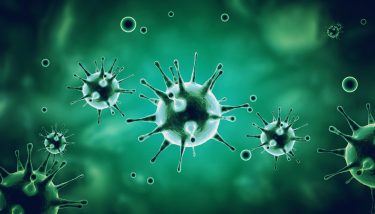 The newly designed inhibitor utilises of a feature that can be seen on all influenza viruses – trivalent receptors on the surface of the virus, referred to as haemagglutinin proteins, that attach to sugar molecules (sialic acids) on the cell surface of lung tissue. During infection, viruses ‘hook’ into their host – in this case, lung cells. According to the researchers, the core principle is that these interactions occur due to multiple bonds, rather than single bonds.

It was this surface structure of flu viruses that inspired the researchers to question whether they could develop an inhibitor that binds to trivalent receptors with a perfect fit, simulating the surface of lung tissue cells.

Now, the researchers have shown that this is possible. Using an intestinal inhabitant harmless to humans named the Q-beta phage, the team developed their capsid. They say that this phage has the ideal surface properties which make it suited to be equipped with ligands – in this case sugar molecules – as ‘bait’. An empty phage shell does the job perfectly.

During infection, viruses ‘hook’ into their host – in this case, lung cells”

“Our multivalent scaffold molecule is not infectious and comprises 180 identical proteins that are spaced out exactly as the trivalent receptors of the haemagglutinin on the surface of the virus,” explained Dr Daniel Lauster, from Freie Universität Berlin. “It therefore has the ideal starting conditions to deceive the influenza virus – or to be more precise, to attach to it with a perfect spatial fit. In other words, we use a phage virus to disable the influenza virus.”

To enable the Q-beta scaffold to fulfil the desired function, the researchers knew it must first be chemically modified. Produced from E. coli bacteria at TU Berlin, Professor Hackenberger’s group at FMP and HU Berlin used synthetic chemistry to attach sugar molecules to the defined positions of the virus shell.

Several studies conducted using animal models and cell cultures have proven that the suitably modified spherical structure possesses considerable bond strength and inhibiting potential. The study also enabled the RKI to examine the antiviral potential of phage capsids against many current influenza virus strains and even against avian flu viruses. Its therapeutic potential has also been demonstrated on human lung tissue, as fellow researchers from the Medical Department, Division of Infectiology and Pneumology, of Charité were able to show. When tissue infected with flu viruses was treated with the phage capsid, the influenza viruses were practically no longer able to reproduce.

The results are supported by structural proof from FU scientists at the Research Center of Electron Microscopy (FZEM). Cryo-electron microscopy (cyro-EM) and high-resolution cryo-EM show directly and importantly spatially that the inhibitor completely encapsulates the virus. In addition, mathematical-physical models were used to simulate the interaction between influenza viruses and the phage capsid on the computer. “Our computer-assisted calculations show that the rationally designed inhibitor does indeed attach to the haemagglutinin and completely envelops the influenza virus,” confirmed Dr Susanne Liese from the AG Netz of Freie Universität Berlin. “It was therefore also possible to describe and explain the high bond strength mathematically.”

How are seasonal influenza vaccines developing?

The team say these findings must now be followed up by more pre-clinical studies. It unknown, for example, whether the phage capsid induces an immune response in mammals. This response could even enhance the effect of the inhibitor. However, the researchers highlighted that another outcome could also be that an immune response reduces the efficacy of phage capsids in the case of repeated-dose exposure or that flu viruses develop resistance. Furthermore, it still has to be proven that the inhibitor is also effective in humans.

Despite this, the researchers maintain that their approach has great potential. “Our rationally developed, three-dimensional, multivalent inhibitor points to a new direction in the development of structurally adaptable influenza virus binders. This is the first achievement of its kind in multivalency research,” commented Professor Hackenberger. He believes that this approach, which is biodegradable, non-toxic and non-immunogenic in cell culture studies, can in principle also be applied to other viruses and possibly also to bacteria. 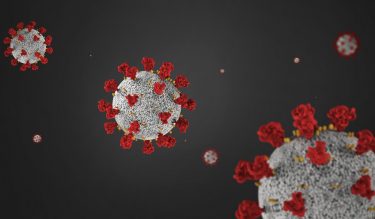 The authors of the study even suggest that their approach could be applied to coronaviruses, such as the SARS-CoV-2 virus which is causing the COVID-19 pandemic. The idea is to develop a drug that prevents coronaviruses from binding to host cells located in the throat and subsequent airways, thus preventing infection.

The importance of collaboration

Co-operation between scientists from different disciplines played a major role in the discovery of the new influenza inhibitor. “In my opinion, such a complex project could only have been undertaken in Berlin, where there truly are experts for every issue,” stated Professor Dr Andreas Herrmann, Head of Molecular Biophysics at HU Berlin. “It was the Berlin university alliance at its best and I hope that the follow-up studies will be equally successful.”