Unlike synthetic compound libraries, natural product hits must be identified and characterised, as the molecule is often unknown. Venom peptides are often inherently stable due to cysteine knots whereas other peptides may not be. Steve and Carol Trim discuss the challenges of the hit-to-lead journey with these non-standard hits. 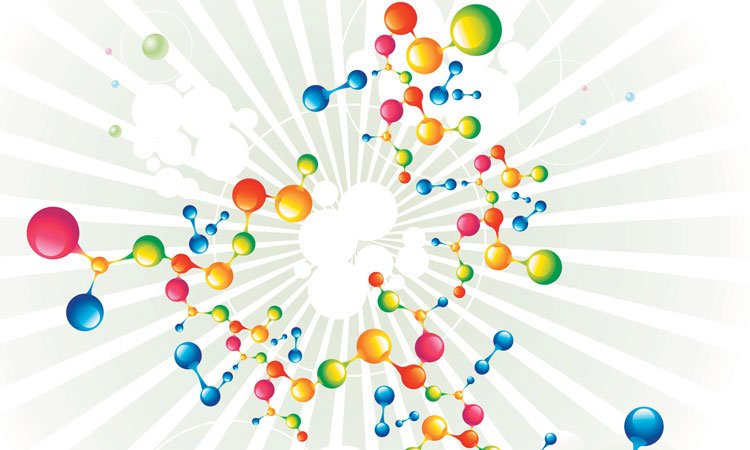 Developing novel peptide hits into lead compounds can be challenging and requires a modified approach compared to small molecules. When screening for hits on difficult drug targets such as orphan G-protein coupled receptors (GPCRs) or ion channels, it is often necessary to go outside of the Lipinski rule of five. These compounds are in libraries that could include natural products, peptides, fragments, etc. Finding the hit is the first step; this may then be used as a tool to rescreen small molecule libraries with better confidence. However, this new hit often needs to be investigated as potential lead material to progress the project from a possibly stalled situation.

Towards the end of the 20th century there was a strong drive to uncover critical parameters that would produce more successful drug candidates. This led to the gold standard of developing Lipinski-compliant compounds, first published by Pfizer in 19971. This was driven by the large attrition rate of compounds in the clinic, which was costly in both time and money. However, Lipinski-compliant compounds have not managed to address all drug targets and so a new approach is needed. With so-called ‘difficult targets,’ such as orphan GPCRs, ion channels and non-receptor targets, it is often necessary to go beyond the rule of five.2 Biologicals such as antibodies and peptides offer greater opportunities for selectivity, and thus reduced side-effect profiles, due to greater numbers of contact points with the target protein.3 It is logical to investigate a peptide inhibitor of a protein-protein interaction as they contain the same functional group chemistry as the system to be perturbed. Peptide and antibody libraries can be screened using the same platforms used for small molecules to identify hits as starting points for drug discovery projects.

When novel peptide hits are being investigated, the same rules of potency and selectivity must be assessed as for any compound. A hit from a natural compound library could contain several entities. These must be further separated out and single hits confirmed (dose response) and identified utilising mass spectrometry.4 This information can be plugged into structure-activity relationship (SAR) tables to identify regions where variability is affecting potency and/or selectivity. There is a benefit to using venom peptides over some other libraries due to closely-related species often having single amino acid changes that can be used in SAR, thus avoiding the need for systematic mutation. However, peptide scanning can still be a useful technique to support the drug discovery process, providing source material for structure-activity relationship studies.5 SAR is considered more challenging for peptides as they are complex molecules, but also the functional unit – the amino acid – is larger and thus the same principles can be applied. Also, peptide leads can be synthesised easily, compared to small molecule natural products where the synthesis path can be far more difficult to produce. Peptide SAR can be used to improve stability and pharmacokinetics (PK) as with other molecules. Peptide hits can also be further developed into promising lead material through directed evolution. This has been used to great effect for difficult targets such as NaV1.7.6 Directed evolution is achieved through cloning the peptide gene into an expression vector, amplifying with error-prone mechanisms and screening the resulting libraries. This technique has many benefits over SAR as the random mutations can identify sequences with beneficial pharmacological properties that could not have been predicted through SAR.

When transitioning from initial hits to leads it is important to have multiple chemical series to mitigate circumstances when a problem is associated with the lead series rather than the target. Convergent evolution has provided a serendipitous collection of unrelated compounds that hit the same targets. For example, venom systems of snakes, spiders and anemones are completely unrelated as they share no common venomous ancestor, yet all three groups contain peptide blockers of ASIC channels with differing selectivity profiles. Figure 1 shows no homology between the peptide sequences, however they all have the potential to be developed as leads for ASIC channel targets. Mambalgins – peptides found in the venom of the black mamba snake – demonstrate the power of natural variation to understand SAR; mambalgin 1 and 2 both consist of 57 amino acid residues, fold into a characteristic three-finger shape with four disulphide bonds and only differ by a single amino acid. Mambalgin-2 differs from mambalgin-1 by a single amino acid at position 4 (tyrosine in mambalgin-1 and phenylalanine in mambalgin-2), which confer different pharmacological properties.7

Several earlier venom-derived drugs have been developed from pathology or venom biology rather than classical drug discovery. Examples include:

The screening of venom libraries for drug discovery has led to developments that are currently in clinical trials, including Chlorotoxin, a peptide from a scorpion that blocks chloride channels and that has been used to image tumours.12 There are also new developments derived from spider venom, for example, for the treatment of epilepsy. Inhibitors of a key anti-epieptic drug target, the human ether à go-go voltage-gated potassium channel 1 (hEAG1), have been developed from the spider peptides Aa1a and Ap1a, which target both the activation and inactivation gating of the channel.13 Analgesic efficacy has also been achieved with peptide Ca2a, which is derived from spider venom, that targets NaV1.7.14

Directed evolution is achieved through cloning the peptide gene into an expression vector, amplifying with error-prone mechanisms and screening the resulting libraries”

Most drugs are developed with the intention of oral bioavailability, due to greater patient compliance, so this is considered early in the drug discovery process.15 The general opinion is that peptides are not stable in the gastrointestinal tract, however natural peptides have been shown to have oral activity in mammals16 and insects.17 Improved oral availability can be left to the development phase as there are many technologies – including formulation with excipients or conjugation with polymers such as polyethylene glycols – that have been shown to solve such problems.18 Beyond lead development, peptides can be further developed with chemical modifications such as cyclisation, non-natural amino acids and stapling.3 These modifications have been shown by multiple authors to improve critical parameters such as absorption, plasma half-life and metabolism, which all contribute to overall bioavailability.

The Lipinski-compliant compounds have delivered many excellent drugs; however, numerous key targets remain unprosecuted. Addressing these difficult drug targets will require a different approach and novel chemical entities including biologicals, which are already showing promise in this area. The hit-to-lead process of small molecules and biologics is comparable and thus many of the technologies can be employed in development of novel therapeutics for the future.

Steve A Trim has a BSc in Genetics and worked for a year in industry at the Sanger Centre before working as a drug discovery biologist with Pfizer for over 10 years. During this time, he gained a deep understanding of the drug discovery process, principally in pain and neuroscience. Steve founded Venomtech in 2010 to deliver venom-based tools, in a ready-to-use format for global drug discovery.

Dr Carol M Trim received her PhD in Biochemistry from the University of Kent, Canterbury investigating surrogate markers to determine the drug activity of small molecule tyrosine kinase inhibitors. She then undertook eight years postdoctoral research at Kent, and is now a Senior Lecturer in Biology at Canterbury Christ Church University investigating the use of venoms as potential cancer therapies and anti-microbial drugs.