A novel CDK8 inhibitor has been developed by scientists at Ryvu Therapeutics. Dr Krzysztof Brzozka showcases this molecule and explains the R&D behind it. 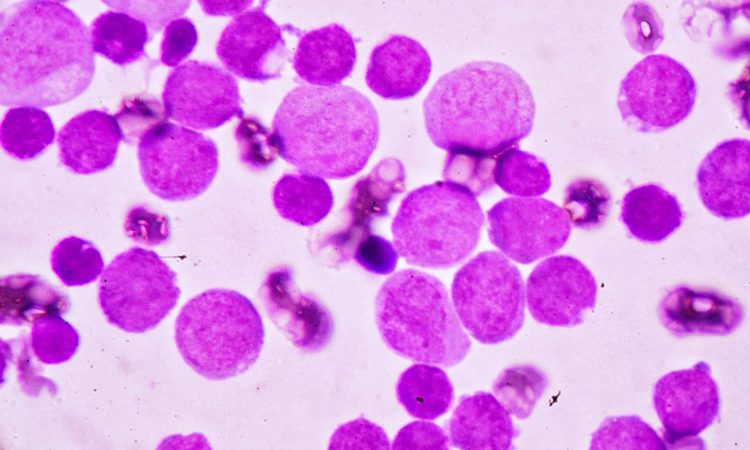 Acute myeloid leukaemia (AML) is an aggressive cancer of the white blood cells that progresses quickly, highlighting the urgent need for effective treatments.

Ryvu Therapeutics has identified a CDK8 inhibitor, known as SEL120, which is currently in Phase I clinical trials for the treatment of AML and high-risk myelodysplastic syndrome. Drug Target Review’s Victoria Rees spoke with Dr Krzysztof Brzozka, Chief Scientific Officer at Ryvu, to learn about the R&D behind this therapeutic candidate and its discovery.

The mechanism behind SEL120

SEL120 is a CDK8 kinase inhibitor that acts on leukaemic stem cells by inducing lineage commitment and cell death, explained Brzozka. This represents a different approach to treating AML than other agents currently available.

CDK8 forms part of the Mediator complex, the protein machinery involved in regulating gene transcription. Brzozka explained that this can be dysfunctionally regulated in cancer cells due to mutations, most frequently in upstream receptors that are activated or by loss-of-function mutations.

SEL120 can selectively target transcription activity in cancer cells. According to the pre-clinical data, CD34 positive leukaemic stem cells were found to be particularly sensitive to SEL120. These cells express particular transcription factors such as STAT5, so the candidate molecule suppresses the expansion of leukaemic tumours.

Researching and discovering the molecule

The R&D for SEL120 began several years ago during an investigation into kinase inhibitors, says Brzozka. As CDK8 activity is linked to the progression of multiple types of cancer, the researchers looked for selective inhibitors. 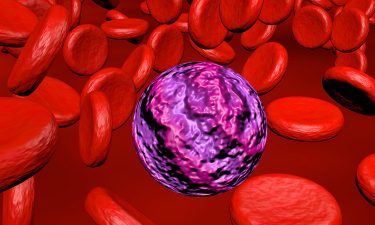 Deregulation of transcription is one of the hallmarks of cancer, especially in AML, which prompted Brzozka and the researchers to select the condition as the primary indication for a clinical trial.

However, solid tumours and other haematologic malignancies are also being explored for the therapy, as the drug has shown potential for treating these conditions. Therefore, the SEL120 drug has great potential and not just as a CDK8 inhibitor.

Ensuring the success of the drug

Brzozka highlighted that despite the potency and efficacy of the molecule, identifying which leukaemic cell lines were sensitive to the compound took time. The scientists discovered its potential use as a result of thorough research during this early discovery and pre-clinical phase. Brzozka also commented that the knowledge gained from clinical discovery will be invaluable in further developing the compound.

The team conducted the in silico design, chemical synthesis and target validation for SEL120, progressing the candidate from its discovery phase all the way to initiation of clinical studies.

Challenges presented by the research

Brzozka remarked that one of the key issues that required resolution in the early stages of project development was the validation or invalidation of the literature surrounding the target. 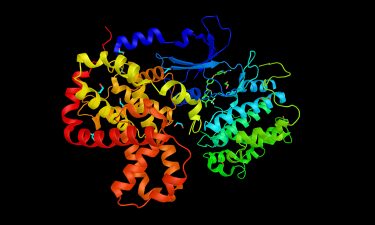 Previous research on the role of CDK8 has been established using siRNA approaches. While these techniques are commonly used to knock down gene expression and identify target pathways in disease biology, they lead to the destruction of the Mediator complex and consequently, broad transcriptional changes.

Brzozka stated that this is a typical problem faced in the drug discovery process; choosing the most appropriate approach for target validation studies, ie, whether to knock out the whole gene or target specific activity, can lead to completely different biological effects.

Synthetic lethality and immunotherapy are some of the most promising areas of oncologic drug development, enthused Brzozka. Synthetic lethality offers the possibility to reveal novel targets that are linked to specific mutations or epigenetic alterations, which can enable the identification of sensitive patient populations and offer potentially greater efficacy.

In synthetic lethality approaches, data from next-generation sequencing (NGS) and CRISPR screens mean novel targets can be linked to genetic mutations, providing potential use in cancer treatments. According to Brzozka, the best targets are identified using the analytical tools that bridge CRISPR data with clinical data. Sequencing information and validation of these targets is very promising for drug discovery.

Immuno-oncology is another strategy executed to identify targets. This approach also provides novel insights into an area that has been clinically validated. Brzozka commented that the “success of checkpoint inhibitors and activation of the immune response as an effective anti-cancer therapy is obvious.”

He concluded that the use of small molecules can enhance the activity of existing immunotherapies or be used to explore new standalone therapies.

Brzozka shared that substantial data has been generated from NGS, high-content genome interrogation screens such as CRISPR and a novel algorithm that his team have developed, enabling researchers to link their pre-clinical discovery data with clinical patient outcomes.

This, Brzozka explained, is an approach that the scientists use to create their hypotheses and identify new targets, which are then validated or invalidated in laboratories.

After the success of the current research, one of the projects he is currently working on is a selective SMARCA2 inhibitor, which is active in SMARCA4-mutated cancers, particularly non-small cell lung cancer (NSCLC) and two small molecule immuno-oncology drugs targeting the adenosine pathway and the stimulator of interferon genes protein (STING).

In conclusion, pre-clinical research has demonstrated that treatment with SEL120 could be an effective therapy against cancer. Following the extensive development of the inhibitor molecule, the Phase I trial will soon reveal whether SEL120 shows promise for treating patients with AML.

Brzozka explained that the motivation for his work is to change the lives of cancer patients. Thus, their work in developing SEL120 could provide patients with a life-altering treatment.