Thanks to new developments with induced pluripotent stem cells enabling generation of human neurons, scientists can more precisely analyse the effects that chemicals have on human cells. This article describes research into the effects of cannabis on neuronal development and implications of its legalisation in Canada. 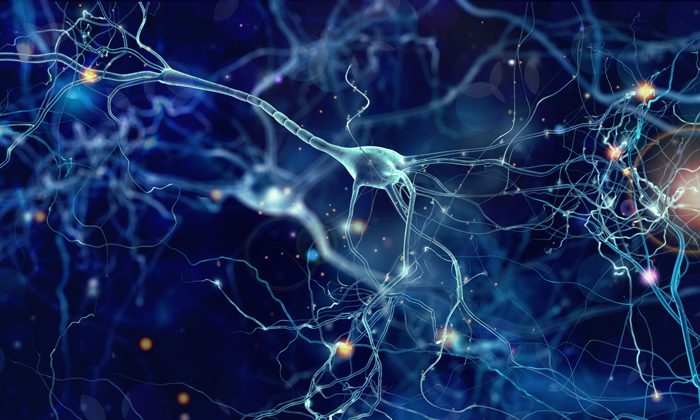 CANNABIS has been on the brains of Canadians more than usual in recent months. On 18 October 2018, Canada became the second country in the world after Uruguay to legalise cannabis. Prior to this date, cannabis was a controlled substance that could only be used for medicinal purposes with approval from a healthcare practitioner;1 but now that consumers can purchase cannabis from authorised retailers, there is potential for increased use among Canadians. The fact that cannabis use among Canadian youth aged 15 to 24 years was already three times higher than that of adults prior to its legalisation, makes this a particular concern. By expanding access to cannabis, Canada is faced with higher rates of use among Canadian teens and young adults and higher rates of prenatal exposure to a product whose effects on neuronal development and the normal function of the brain are not yet fully understood. Cannabinoids, the major pharmacologically-active components of cannabis, act on the central nervous system (CNS) through the endocannabinoid system (ECS).2 The ECS has important roles in brain development, which raises questions about the impact of cannabis exposure on this process.

The main receptors of the ECS are the G-protein coupled receptors cannabinoid receptor 1 and 2 (CBR1 and CBR2), which are targeted by both cannabinoids and the endogenous homologues of cannabinoids (endocannabinoids).2 CBR1 is expressed throughout the CNS, while CBR2 is expressed primarily in immune cells. CBR1 is presynaptic and regulates neurotransmitter release in response to endocannabinoids. In adults, endocannabinoids modulate anxiety, depression, neurogenesis, reward, cognition, learning and memory,3 and are required for the stress response.4 In the developing brain, the ECS has roles at both the embryonic and adolescent stages. Genetic studies in mice have implicated the ECS in forebrain development, including progenitor cell expansion and neurogenesis, neuronal and glial specification, and axonal path finding.5 CBR1, in particular, has been shown to regulate neural progenitor survival, proliferation, differentiation and migration.6 In mice, CBR1 has roles in corticospinal neuron specification7 and development of long-range axonal connectivity by regulating corticofugal axon navigation and fasciculation.8,9 During adolescence, the ECS contributes to the development of several brain regions, including the cortex, amygdala, hippocampus and hypothalamus.4

Understanding the effects of exposure to substances like cannabis on the developing brain has been limited by the use of traditional cell- and animal-based models, which are not fully representative models of the human nervous system. This is particularly problematic for studying neurological tissues, for which the majority of primary neurons are derived from either rodent brains or from human cells derived from brain tumours. However, the ability to generate different types of neurons from human induced pluripotent stem cells (iPSCs) has provided researchers with a multifaceted tool for investigating the development and function of human neurons.10 Stem cell models are preferable for studying neuronal development owing to their ability to be directed into any type of neuronal cell found within the human brain, through defined developmental cues. Furthermore, advances in culturing technology have enabled three-dimensional organoid models of neuronal stem cells – neuronal organoids or “minibrains” – that recapitulate the cellular, morphological and physiological properties of neurons.11 Depending on culturing conditions, minibrain formation may be undirected, resulting in spontaneous self-organisation of structures that exhibit regional patterning, or formation being directed toward a specific region using defined molecular factors (ie, forebrain, midbrain and cortical). Since neuronal organoids can survive in culture for many months, they can be used to analyse the long-term effects of one-time or repeated interventions. Novel approaches to culturing neuronal organoids have recently emerged that address some of the limitations of current culturing methods. Neuronal organoids can be engineered and cultured in a controlled manner using microfluidic chips that recreate the neural microenvironment (organoid-on-a-chip).12 A common challenge encountered with in vitro organoid cultures is a lack of oxygen and nutrient supply due to the absence of vasculature. A recent study demonstrated that human cerebral organoids generated ex vivo can be transplanted into the brain of mice where they become vascularised and imaged in real time.13 Three-dimensional neuronal organoids present unique opportunities in contrast to their two-dimensional neuronal counterparts and may be a more physiological model for studying the effects of environmental factors and small molecules on the neuronal developmental process.

Another psychoactive agent that has been investigated in cerebral organoids is 5-methoxy-N,N-dimethyltryptamine (5-MeO-DMT), a plant-derived compound belonging to a group of molecules found in medicines used by indigenous cultures in Central and South America.16 A proteomic analysis of cerebral organoids exposed to 5-MeO-DMT identified more than 900 differentially-expressed proteins by shotgun mass spectrometry. Another study found that exposure of forebrain organoids to bisphenol A (BPA), a component of commonly used plastics, decreased ventricular zone thickness and reduced proliferation of neural progenitor cells.17 Forebrain organoids were also used to model Zika virus infection and the results supported a suspected link between prenatal exposure to Zika virus and microcephaly.17 Collectively, these studies demonstrate that minibrains can serve as culture systems for modelling prenatal exposure to specific agents. Neuronal organoids therefore present an attractive model for studying the effects of prenatal cannabinoid exposure on brain development.

Of the more than 100 cannabinoids found in cannabis, the two with highest concentrations – and therefore of primary interest – are delta- 9-tetrahydrocannabinol (THC) and cannabidiol (CBD).18 THC is the predominantly psychoactive cannabinoid in cannabis. CBD does not have psychoactive properties, although it contributes to the pharmacologic actions of cannabis. In order to mimic cannabis exposure at different stages of development, the effects of THC and CBD treatment on neuronal organoid formation can be examined at corresponding timepoints. It will be of interest to compare and contrast these results with  findings from developmental studies in mice; for instance, that prenatal exposure to THC caused deficits in corticospinal motor neuron development.5

More importantly, it will be necessary to address whether the morphological and biological phenotypes observed in these experimental models correlate with the clinical phenotypes of children who experienced prenatal cannabis exposure, such as impaired executive function, increased depressive symptoms and impaired response inhibition. It may even be possible to identify therapeutic targets that can be pharmacologically exploited to treat neurodevelopmental defects caused by exposure to cannabis. This possibility was addressed in a neocortical organoid model of prenatal cocaine exposure in which CYP3A5 was identified as a mediator of the observed neurodevelopmental deficits.15

Neuronal organoids also have applications in disease modelling and could therefore be used to investigate the medicinal use of cannabinoid products. There are several cannabinoid products that are currently used as medicines or are under clinical investigation to treat various conditions, including neurological disorders. In June 2018, the United States Food and Drug Administration (FDA) approved Epidiolex (cannabidiol) for the treatment of seizures associated with two rare and severe forms of epilepsy. Epidiolex is the first drug approved by the FDA that contains a purified drug substance derived from cannabis. According to the FDA labelling, the precise mechanisms by which Epidiolex exerts its anticonvulsant effect in humans are unknown.19

Neuronal stem cell models offer a novel model system to further characterise approved cannabinoid products like Epidiolex, in addition to testing investigational products at the preclinical stage. Cannabis also has proposed uses in treating certain neurodegenerative diseases in adult patients. For neurological disorders in general, whether developmental or degenerative, the ability to derive patient-specific neuronal stem cell models allows for individualisation of treatment with cannabinoids as well as identification of potential therapeutic targets. Neuronal organoids are also amenable to the culturing and plating conditions required for high-content screening.20

As Canada transitions into an era of legalised cannabis, there is a need to better understand the molecular and cellular mechanisms of cannabinoids that underlie their physiological effects, particularly on neuronal development. Given the importance of the ECS in foetal and adolescent neuronal development, it will be imperative to elucidate how cannabinoids impact these processes.

Cannabis products have already entered drug markets, including those with neurological indications for which the mechanisms of action remain unclear. Neuronal stem cell cultures present an ideal model for investigating the ECS and cannabinoids, offering systems that are relevant in terms of species and cell type. Specifically, neuronal organoids have been used to model exposure to a variety of substances and the techniques employed in these studies can be applied to investigate exposure to cannabinoids. With promises of increased funding opportunities for cannabis research from the Canadian government, it is hoped that we can learn more about the effects of cannabis on neuronal development to inform regulatory and policy decisions related to its use for other countries looking to follow Canada’s lead in the future, regarding legalising Cannabis.

DR TRISHA RAO is a Medical Writer in the Clinical Research Unit at the Montreal Neurological Institute in Montreal, Canada. She obtained her doctorate in cancer research from McGill University. Dr Rao develops scientific and medical content for a variety of projects, specialising in training materials.

DR THOMAS DURCAN is an Assistant Professor in the Department of Neurology and Neurosurgery at McGill University in Montreal, Canada. He is also Associate Director of the iPSC platform at the Montreal Neurological Institute. Dr Durcan’s research focuses on 2D and 3D neuronal stem cell models of neurological disorders.