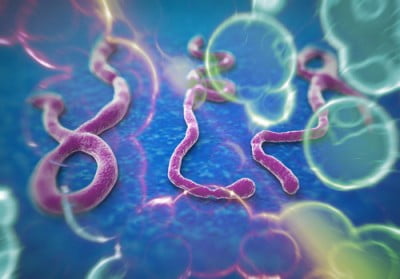 Researchers have engineered the first antibodies that can potently neutralise the two deadliest strains of the virus that causes Ebola haemorrhagic fever.

The findings, made by scientists at Albert Einstein College of Medicine and the US Army Medical Research Institute of Infectious Diseases (USAMRIID) , are a significant step toward immunotherapies that are effective against all strains of Ebola virus that cause human disease.

“A broadly effective immunotherapy for Ebola virus would be a tremendous advance, since it’s impossible to predict which strain of the virus will cause the next outbreak,” said study co-leader Jonathan Lai, Ph.D., associate professor of biochemistry at Einstein. The other study co-leader is John M. Dye, Ph.D., branch chief of viral immunology at USAMRIID.

Zaire Ebola virus (EBOV) was responsible for the 2014 Ebola outbreak in West Africa, the largest in history. The next-most pathogenic strain of Ebola virus is Sudan Ebola virus (SUDV).

Although a Zaire-specific vaccine is in clinical trials, no vaccine has yet been approved for preventing infection from any strain of Ebola virus. And therapies for people who become infected are very limited. ZMapp, a cocktail of three monoclonal antibodies, is the most promising of several experimental immunotherapies for Ebola virus now in development. But ZMapp’s antibodies are specific for EBOV and would not work against the other two Ebola strains that have caused major outbreaks – Sudan and Bundibugyo.

The bispecific antibodies effectively neutralised both EBOV and SUDV

The bispecific antibodies must still be tested in larger animals and in humans to know whether they will be effective.

There are currently no plans to further test the new immunotherapy. But if a pharmaceutical company were interested, Dr Lai said “it could probably move the antibody fairly rapidly along the evaluation process.”

Meanwhile, Dr Lai has broadened his approach to Ebola virus therapy. He is developing antibodies and antibody cocktails aimed at neutralizing the three most dangerous Ebola virus species (Zaire, Sudan and Bundibugyo) as well as Marburg virus, a deadly pathogen closely related to Ebola virus.