A new study outlines a way of using antibiotic resistance to find chemicals capable of stopping amyloid formation in amyloid diseases such as Parkinson’s, Alzheimer’s and type II diabetes… 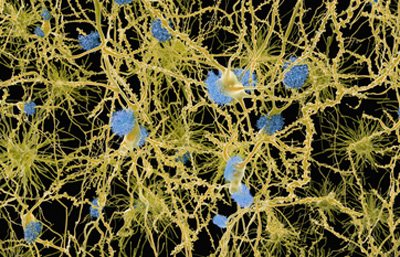 A new study, led by researchers from the University of Leeds, outlines a way of using antibiotic resistance to find chemicals capable of stopping amyloid formation in amyloid diseases such as Parkinson’s, Alzheimer’s and type II diabetes.

Professor Sheena Radford, FRS Director of the Astbury Centre for Structural Molecular Biology at the University of Leeds, said: “Until now, we haven’t had effective ways to identify drugs to combat amyloid formation. Amyloid-prone proteins often don’t have a clearly defined structure, which makes it very difficult to identify areas to target with drugs.

“Also, because amyloid-causing proteins have a tendency to stick together, they can be very hard to study in the lab. This study shows a way of getting around these problems by grafting amyloid-prone sequences into enzymes which break down antibiotics.”

The study exploits the complex series of adversarial relationships between molecules in a positive way to select for chemicals that counter amyloid formation.

Next, the researchers add chemicals and test whether they disable the amyloid-causing sequences, freeing the beta-lactamase to attack the antibiotic and allowing bacterial growth.

Old enemy turns out to be a friend

Dr Janet Saunders, a researcher on the study, said: “In our research, an old enemy – anti-bacterial resistance – turns out to be our friend. When we see bacterial growth, we know we have chemicals that are obstructing amyloid formation.”

The study identified one chemical – L-dopamine – that blocks amyloid deposits forming from sequences associated with type II diabetes. However, the real significance of the work is its potential for generic use with any protein associated with amyloid disease.

Dr David Brockwell, Associate Professor in the University’s School of Molecular and Cellular Biology, said: “If you can insert a protein sequence into beta-lactamase, you are likely to be able to use this technique as a screen for chemicals capable of inhibiting its aggregation. You can screen thousands of compounds by putting them through this test.”

Professor Radford said: “It is important to stress that an efficient screen is only one step in the journey toward drug discovery. The power of our study is that it provides the first step on this path by showing us the type of molecules we should be looking at to inhibit a particular disease-causing protein.”

Another application of the new technique could be for use in the manufacture of bio-pharmaceuticals, a class of protein-based drugs that includes many of the highest grossing modern drugs.