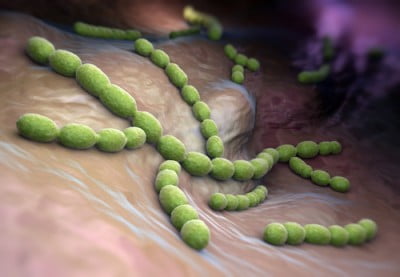 ImmunoBiology (ImmBio) has initiated enrolment for a First-in-Human study of its novel vaccine (PnuBioVax) against the bacterial pathogen Streptococcus pneumoniae.

The study will look at the safety and tolerability of PnuBioVax for three different dosages compared to placebo. Each dose will be given as a prime and two boosts in male and female adults, in a double blind procedure. The study expects to enrol 36 volunteers, with results anticipated in Q2 2016. The primary endpoints of the study are safety and tolerability, as well as selected immunological markers of response. As a measure of secondary outcomes, a range of immunological assays will investigate the likely impact of the vaccine on asymptomatic carriage of the pathogen, and generation of key antibodies, including PnuBioVax’s ability to neutralise pneumolysin, a toxin produced by S. pneumoniae.

S. pneumoniae commonly resides asymptomatically in the nasal passages of healthy people. However, in susceptible individuals, such as the elderly, young children and the immunocompromised, it can propagate to the blood and vital organs, leading to life threatening diseases including meningitis, sepsis, pneumonia, endocarditis and pericarditis. Despite the availability of antibiotics, the death rate associated with pneumococcal disease, once invasive infection has occurred, is around 14%, making early preventative treatment vital.

ImmBioVax uses a novel process, incorporating heat shock proteins (HSPs). These proteins are produced by cells in response to stress, for example, heat, and are known to activate both the adaptive and innate arms of the immune response. The PnuBioVax vaccine contains HSPs and multiple antigens produced by a modified form of S.pneumoniae, leading to a mechanism of action which is expected to be strain-independent. Consequently PnuBioVax has the potential of being protective across a broad range of current and emergent serotypes, in contrast to currently-available products. In addition, the manufacturing process has a high yield and low production costs, with the potential of being more readily affordable.

“Preclinical studies of PnuBioVax have found its immune response to be serotype-independent, and we expect this to be reflected in the upcoming clinical trial.” said Dr Chris Bailey, Development Director at ImmBio.  He continued: “We will be investigating multiple immunological outcomes based on T-cell and functional antibody responses.”

Graham Clarke, CEO of ImmBio, commented: “ImmBio aspires to create a universal vaccine for the huge unmet need of pneumococcal disease. Whilst this has proved elusive to date, we are encouraged that the unique multi-protein design of PnuBioVax offers a viable way to achieve this. Progression of PnuBioVax into First-in-Human studies provides validation of our progress in preclinical studies and manufacturing, and takes us a step closer to a potentially more effective and affordable vaccine for this life threatening disease.”