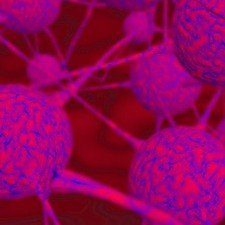 Oestrogen helps protect memory and promote a healthy brain, but this effect wanes as women age.

Now researchers at University of Florida have used gene therapy in a rat model to show that the expression of a particular receptor can reinstate lost memory function.

“There is a window of time, starting around menopause, when initiation of hormone replacement therapy with oestrogen protects the brain against injury and Alzheimer’s disease. However, this window seems to end around age 65,” said Thomas C. Foster, Ph.D., a professor of neuroscience and the Evelyn F. McKnight chair for research on cognitive aging. “We wanted to find out what is regulating this window.”

The researchers used gene therapy to overexpress two different oestrogen receptors found in the hippocampus, a part of the brain essential to memory regulation. They found that an abundance of one of these receptors, called alpha, reinstated memory in aging rats when paired with oestrogen.

Oestrogen helps to do this by increasing the brain’s “plasticity”, which is the ability to form and maintain connections between brain cells as things are learned. As plasticity declines, so do the number of connections in the brain, and certain types of memories begin to fade. Without the protective effect of oestrogen, women may lose brain plasticity and start forgetting things more often. The loss of oestrogen’s protective effects may explain why women are more likely than men to develop dysfunctional memory problems such as Alzheimer’s disease.

The researchers looked at the effects on memory in six groups, which received gene therapy for expression of the alpha receptor, the beta receptor or a control gene. The three different gene therapy groups then received oestrogen or a placebo for the next several weeks, until memory testing and examination of brain plasticity. Only the group with gene therapy for the alpha receptor plus oestrogen showed any beneficial effects on memory and increased brain plasticity markers.

“In the short term, this finding helps us understand how oestrogen rescues memory and keeps the brain young and plastic,” Foster said. “In the long term, this finding may eventually allow us to bypass oestrogen and target the receptor or brain plasticity mechanisms directly.”

Next steps will include examining the alpha receptor more closely.