Researchers have isolated a compound from I. viscosa that kills the “brain-eating” amoebae from primary amoebic meningoencephalitis (PAM). 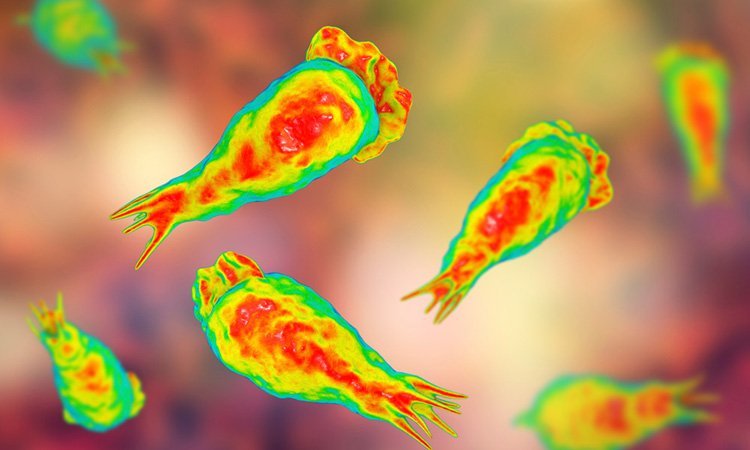 A team of researchers has identified a compound isolated from the leaves of a traditional medicinal plant called Inula viscosa, or “false yellowhead,” that kills the “brain-eating” amoeba Naegleria fowleri, which causes the deadly disease known as primary amoebic meningoencephalitis (PAM).

The researchers, from University of La Laguna, Spain, say that these findings could lead to the first ever effective treatment to combat this disease.

According to the scientists, PAM is characterised by headache, fever, vomiting, hallucinations and seizures and is almost always fatal within a couple of weeks of developing symptoms. Although the disease, which is usually contracted by swimming in contaminated freshwater, is rare, cases have been increasing. Amphotericin B is the most common therapy given to those with the infection. It can kill N. fowleri in the lab, but it is not very effective when given to patients, likely because it cannot cross the blood-brain barrier. 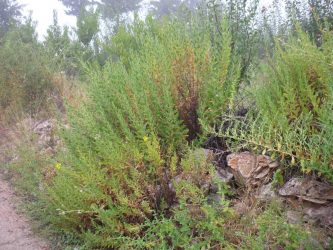 This led the researchers to explore whether compounds isolated from I. viscosa, a strong-smelling plant that has long been used for traditional medicine in the Mediterranean region, could effectively treat PAM.

The researchers first made an ethanol extract from the herb’s leaves, finding that it could kill N. fowleri amoebae. Then, they isolated and tested specific compounds from the extract. The most potent compound, inuloxin A, killed amoebae in the lab by making the amoebae commit cell suicide. It disrupted the cell membranes and caused mitochondrial changes, chromatin condensation and oxidative damage, ultimately forcing the parasites to undergo programmed cell death, or apoptosis. Although inuloxin A was much less potent than amphotericin B in the lab, the structure of the plant-derived compound suggests that it might be better able to cross the blood-brain barrier.

The researchers highlight that while these findings are promising, more studies are needed to confirm this hypothesis.

The findings of the study are published in ACS Chemical Neuroscience.