Animal models of preeclampsia have shown siRNAs can be used to reduce circulating sFLT1 in the blood, which could lead to treatments to prolong pregnancy… 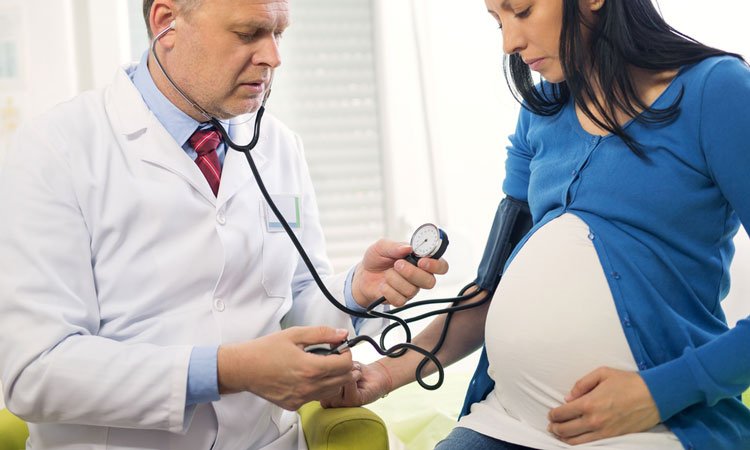 A collaboration of scientists from the University of Massachusetts Medical School, Beth Israel Deaconess Medical Center and Western Sydney University, have shown that an innovative new type of therapy using small interfering RNAs (siRNA) can temper the symptoms of preeclampsia in an animal model. The research, led by Dr Anastasia Khvorova, and Dr Melissa Moore, of UMass Medical School’s RNA Therapeutics Institute and Dr Ananath Karumanchi, of Beth Israel and Harvard Medical School – suggests that RNA interference therapy could be a potential strategy for the treatment of preeclampsia in humans.

“For women with preeclampsia, being able to carry a pregnancy for just a few more weeks can make a huge difference in the health of the baby,” said Dr Khvorova, Professor of RNA therapeutics. “Thanks to rapid advances in siRNA, we’ve developed an siRNA that displays the potential to allow women with preeclampsia to extend their pregnancy from 24 or 25 weeks to as long as 30 weeks, greatly improving outcomes for the infant.”

Preeclampsia is a hypertensive disorder associated with pregnancy; preeclampsia has no cure or adequate treatment options. Women experiencing preeclampsia suffer from the onset of high blood pressure and excess protein in the urine, called proteinuria, beginning around 20 weeks of pregnancy. In severe cases, red blood cells can break down, blood platelet counts fall, liver and kidney function is impaired and fluid can fill the lungs causing shortness of breath and increasing the risk to both mother and baby. A complication in 2 to 8 percent of all pregnancies, preeclampsia is responsible for 100,000 premature births and more than 10,000 infant deaths in the US every year. The only treatment for the illness is the delivery of the baby and placenta.

Symptoms of preeclampsia arise from a defect found in the placenta associated with abnormally high levels of the protein sFLT1 in the blood, which acts as an on/off switch for inhibiting the growth of new blood vessels. Reducing levels of circulating sFLT1 is considered a promising therapeutic target for the disease.

The study shows that ‘short interfering RNAs’ or siRNAs can be used to reduce circulating sFLT1 in the blood of pregnant mice. An emerging class of drugs that target nucleic acids, siRNAs degrade the messenger RNAs (mRNAs) that carry the instructions for making proteins from DNA. By reducing the number of mRNAs for a specific DNA sequence, scientists can reduce the number of mature proteins that get made. When siRNAs targeting some of the messenger RNAs that encode sFLT1 were delivered to pregnant mice, scientists were able to reduce the amount of circulating levels of the protein by up to 50 percent.

In collaboration with Dr Annemarie Hennessy, Dean of the School of Medicine at Sydney University Medical School, investigators tested this approach in pregnant baboons, an established preclinical model for human preeclampsia. The researchers found that a single injection of siRNA lowers circulating sFLT1 levels and normalises both high blood pressure and proteinuria in the mothers. “Six years ago, this wouldn’t have been possible,” said Dr Khvorova. “Scientific advances that now allow us to chemically stabilise and produce siRNAs so they can be delivered to tissues outside of the liver have lead to rapid advances in these compounds. The preeclampsia compounds we are developing are an example of what siRNA can do and how far they’ve come.”

Dr Moore, Professor of RNA Therapeutics at UMass Medical School, began researching preeclampsia 15 years ago after being diagnosed with the disease and being asked to participate in a study of the illness. “This project is near and dear to my heart,” Prof Moore said. “As exciting as these results are, it still feels like we’re half done. It won’t be complete until we can get a therapy to women. Getting pregnant shouldn’t be one of the most dangerous things a woman can do.”

Although the therapy improves maternal baboon health, the study’s authors also noted a trend toward reduced birth weight in the offspring – indicating that this approach’s effects on neonatal health needs to be studied in greater detail before advancing to clinical trials. The next step for researchers will be to attract funding for the necessary studies needed to further optimise siRNA chemical configuration and extensively test safety, studies necessary before applying for an investigational new drug (IND) application from the US Food and Drug Administration.

The study was published in Nature Biotechnology.