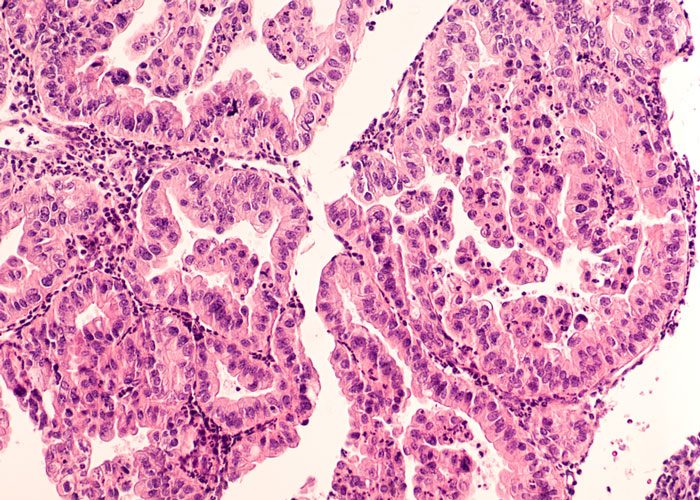 Normal tissue BRCA1 methylation is associated with risk for high-grade ovarian cancer and may occur as a prenatal event.

Germline mutations in certain genes are known to cause inherited cancer. Thus, individuals carrying mutations in the so-called breast cancer type I and II genes (BRCA1 and BRCA2) are highly prone to breast as well as ovarian cancers. In cancers, both gene mutations and aberrant regulation of genes (promoter inhibition by methylation of DNA) are known to play pivotal roles regulating cancer growth.

An issue of controversy has been whether aberrant promoter methylation in normal tissue may be a cancer risk factor. Researchers from Haukeland University Hospital in Bergen, Norway, and colleagues analysed for the potential impact of normal tissue BRCA1 methylation on ovarian cancer risk.

Analysing white blood cells from 934 patients and 1,698 healthy controls, the researchers found that BRCA1 methylation among 6.4% of patients diagnosed with ovarian cancer, contrasting 4.2% among controls. Importantly, elevated BRCA1 methylation was confined to patients diagnosed with so-called high-grade serous tumors, the most aggressive variant of ovarian cancer, which also is the variant associated with BRCA1 mutations. Among patients with high-grade serous cancers, methylation was detected among 9.6% of individuals, corresponding to an almost 3-fold increase in risk for individuals harboring methylation (age-adjusted odds ratio of 2.91). As for non-serous or low-grade serous cancers, methylation frequency resembled controls (5.1% and 4.0%, respectively).

In the same report, the researchers replicated these findings in an independent validation study in which they found methylation among 9.1% of patients with high-grade serous cancers versus 4.3% among controls.

According to the authors, it is important to note that white blood cell BRCA1 methylation was detected also among newborns and young adults, indicating that normal tissue BRCA1 methylation may occur as a prenatal event.

These findings have significant implications to the understanding of normal tissue methylation and strongly indicate that events occurring before birth influence cancer risk later in life.

These findings are published in Annals of Internal Medicine.

Role of retrons in bacteria revealed, with potential for use in gene editing

Cellular senescence as a drug target