Blocking a molecule could bypass bowel cancer’s defence against the drug cetuximab, according to new research presented at the National Cancer Research… 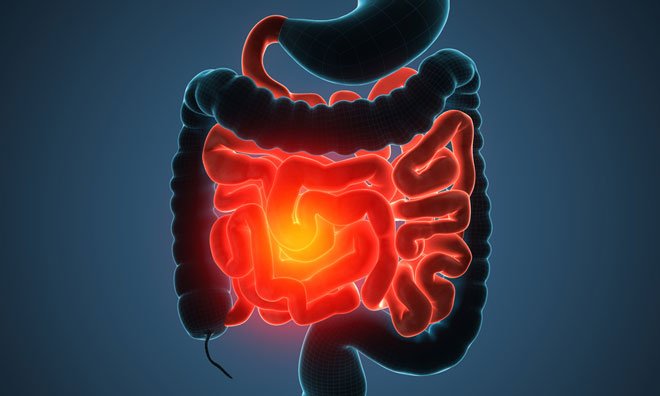 Blocking a molecule could bypass bowel cancer’s defence against the drug cetuximab, according to new research presented at the National Cancer Research Institute (NCRI) Cancer Conference in Liverpool.

Cetuximab is used to treat advanced bowel cancer, and just under half of bowel cancer patients are given the drug. While it helps many patients, there are some for whom it doesn’t work at all and for others it loses effectiveness.

To understand why this happens, scientists at Queen’s University Belfast treated bowel cancer cells in the lab with cetuximab. They found that some cells survived the treatment by increasing the activity of a protein called ADAM17.

But if they gave a drug that blocked the protein ADAM17 at the same time as cetuximab the cancer cells died.

For other cancer cells, cetuximab treatment alone stopped them growing initially, but over time they became resistant and started growing again. In these cases, the cancer cells were finding a different way to outmanoeuvre the treatment that didn’t involve ADAM17.

There are around 41,000 cases of bowel cancer diagnosed in the UK each year. And each year around 16,000 die of the disease.

Knowing what causes bowel cancer can help you to reduce your risk of getting it. Find out about how bowel cancer starts, possible causes and what you can do to lower your risk. Source: Cancer Research UK

Dr Sandra Van Schaeybroeck, the lead researcher based at Queen’s University Belfast, said: “While some bowel cancer patients respond well to cetuximab treatment, many will relapse, or not benefit from the drug. Our work shows that combining this treatment with an ADAM17 inhibitor could be a promising avenue of therapy for patients who don’t respond to cetuximab by itself.”

“More work is needed before we can safely test this combination in patients, but the prospect of cutting off cancer’s path to resistance is very exciting.”

Professor Peter Johnson, Cancer Research UK’s chief clinician, said: “This work shows how some bowel cancer cells are able to avoid damage from a particular drug, and offers a way to prevent it. The next step is to find out whether this could work in patients.”

Professor Richard Wilson, Chair of the NCRI’s Colorectal Cancer Clinical Studies Group, said: “A big issue facing bowel cancer patients is the prospect of their cancer coming back. Understanding the mechanisms that bowel cancer cells use to evade treatment with cetuximab will help us find ways to delay or prevent it recurring. This will help more people with bowel cancer live longer and with better quality of life.”

This research was funded by Cancer Research UK.