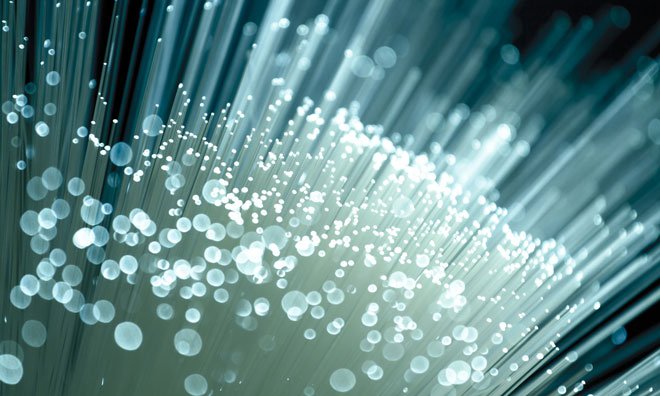 Fibre optics will likely become a greater part of our lives in the years ahead, with photonic applications in such areas as medicine and solar energy. That’s what KTH professor Fredrik Laurell and his colleagues will be researching with a newly-announced grant of 3.2 million euros from the Knut and Alice Wallenberg Foundation.

Photonics, or the practical use of light, will be a key technology for innovation and technological development in this century, just as electronics was in the previous one. Photonics is a necessary tool for large areas of basic research and vital to many societal functions, due to rapid development in areas such as IT, energy monitoring, lighting, medicine and health.

Laurell, a professor and director of research in Laser Physics at KTH, is the main applicant for the project, “Multifunctional Fibre optics”, which will receive nearly SEK 32 million over the next five years from the foundation.

The fibre optics research at KTH covers everything from bio-implants via medical sensors to solar cells. The research will fund experiments with solar cells

“Fibre optics is the basis for data communication and Internet, but it is also very important for medical imaging, such as gastroscopy,” Laurell says.

“This research program has a fundamental, interdisciplinary nature with a strong exploration profile.

Through an intelligent introduction of new features in fibre, we get a fibre optic toolkit with a number of unique optical components. This will increase the possible uses of optical fibres and dramatically revolutionise several areas of science.”

Included in this toolkit are nano- and micro-structured fibres. These are fibres with integrated electrodes, as well as various channels and cavities, in which liquids and gases may flow and interact with the light in the fibre.

Particles can be collected in the channels and then analysed, sorted or treated. This creates a platform which includes integration of nanofluidics, nanochemistry and biophotonics for analysis and manipulation of small volumes of biomolecules. When the fibre is thin and strong, it can be inserted into the body without significantly disturbing or damaging tissues.

Especially interesting is the use of fibre for in vivo studies. One can examine the body, and hopefully remove diseased or defective cells or treat diseased areas locally by injecting medicine, chemicals, laser light or electricity.

“The liquid in the fibre can also be used as a laser medium; if living cells can be collected in the fibre then there is the possibility to create a living laser,” Laurell says.

“In collaboration with the Karolinska Institute, we will use these fibres to study tumours, especially from pancreatic cancer, which is both difficult to access and difficult to treat.” Pancreatic is one of the most aggressive forms of cancer

In the toolbox, researchers will also have fibre semiconductors, with which one can generate and transmit long-wave IR radiation and so-called terahertz (THz) radiation. These semiconductor fibres, which can now be produced with low transmission losses, are unique in this rapidly-growing field of research. These also can be used as pure optoelectronic components, which can be used in solar cells.

By the time of the project’s completion, the researchers aim to have developed several practical new technologies. Their hopes are particularly high for in-vivo cell analysis and cancer treatment using chemotherapy and photodynamic therapy. The researchers’ techniques are also hoped to advance the development of THz physics and sensor physics.