To unravel the role RNA-binding proteins play in ALS, Yeo’s team gathered skin cells from ALS patients, three with a mutation in the hnRNP A2/B1 gene… 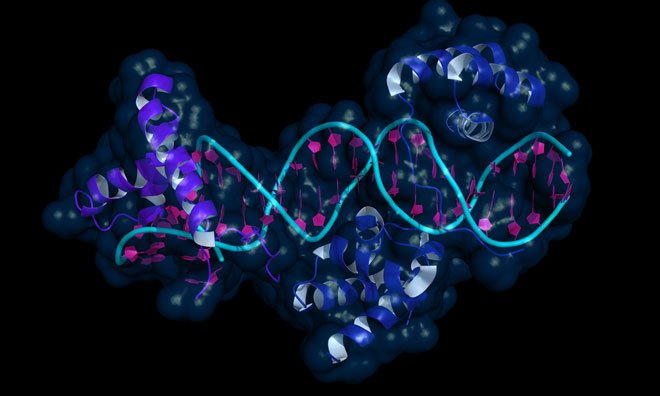 Although only 10% of amyotrophic lateral sclerosis (ALS) cases are hereditary, a significant number of them are caused by mutations that affect proteins that bind RNA, a type of genetic material. University of California San Diego School of Medicine researchers studied several ALS cases with a mutation in a RNA-binding protein known as hnRNP A2/B1.

In the study, they describe how damage to this protein contributes to ALS by scrambling crucial cellular messaging systems.

ALS, also known as Lou Gehrig’s disease, is a devastating neurological condition affecting more than 20,000 Americans. The disease greatly diminishes patients’ quality of life and is terminal. ALS affects a special kind of nerve cell called a motor neuron. These motor neurons enable us to move our bodies. Currently, there are no effective treatments for ALS, largely due to poor understanding of how the disease initiates and progresses at the molecular level.

Gene Yeo, PhD, Prof at UC San Diego School of Medicine, and his team studied RNA-binding proteins and their ability to control how, when and if cells make certain proteins. To unravel the role RNA-binding proteins play in ALS, Yeo’s team gathered skin cells from four patients with the disease, three with mutations in the hnRNP A2/B1 gene, one with a mutation in a different gene, and two healthy volunteers as controls.

This technique provided them with personalised models of each patient’s disease.

To determine the effects of the mutant hnRNP A2/B1 proteins in these samples, the researchers then measured the activity of thousands of genes in each of the ALS and healthy motor neuron samples.

In the ALS patient samples, Yeo and team found that the hnRNP A2/B1 mutation these patients had didn’t merely disable the protein. Instead, the mutation gave the protein new toxic properties that scrambled RNA processing, and ultimately led to the death of motor neurons.

Yeo said these findings may have important implications for their collaborators and others who are developing therapeutics that aim to treat disease by targeting RNA.

“These RNA-targeting therapies can eliminate toxic proteins and treat disease,” said Fernando Martinez, a graduate student in Yeo’s laboratory. “But this strategy is only viable if the proteins have gained new toxic functions through mutation, as we found here for hnRNP A2/B1 in these ALS cases.”

Environmental factors are thought to contribute to ALS, increasing the chances a person with a genetic predisposition will get the disease. To mimic this scenario, Martinez compared how motor neurons from ALS patients and healthy individuals respond to stress. In the patient-specific ALS motor neurons under stress, they found more hnRNP A2/B1 proteins clumped in a part of the cells called stress granules, as compared to healthy cells.

“Drugs that lower the exaggerated reaction to stressors that we saw in motor neurons from ALS patients may also prove a powerful therapeutic strategy,” Yeo said. “It is likely that multiple, multi-directional shots at goal will be needed to treat this debilitating disease.”