DNA code of stem cells acquires errors at a constant rate, even with differing cancer incidence, providing insight to the bad luck vs lifestyle debate… 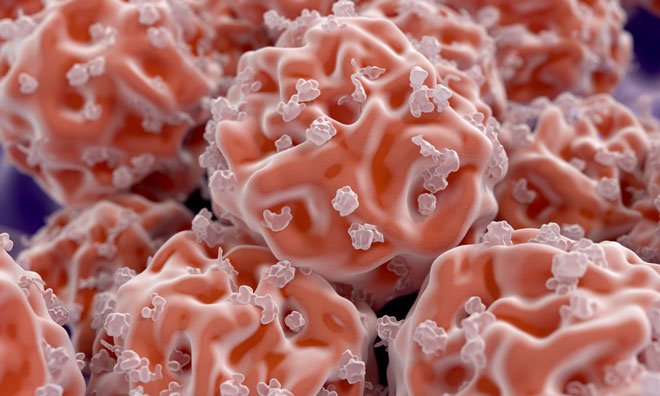 Researchers, funded by UK charity Worldwide Cancer Research, have found that the DNA code of human stem cells acquires errors at a fairly constant rate, even in organs with differing cancer incidence, providing new insight into the cancer bad luck vs lifestyle debate.

It debunks the idea that the variation in cancer risk among different organs is explained simply by a difference in the number of ‘accidental mistakes’ introduced during normal stem cell processes.

The new research is the result of painstaking work by scientists at UMC Utrecht who have, for the first time, managed to directly measure DNA errors in human adult stem cells from different organs, and at different stages of life. Stem cells can divide many times over, and are considered a weak spot for attracting the permanent changes in the DNA code needed to cause cancer.

“We were surprised to find roughly the same mutation rate in stem cells from organs with different cancer incidence,” says Dr Ruben van Boxtel, lead researcher of the team. “This suggests that simply the gradual accumulation of more and more ‘bad luck’ DNA errors over time cannot explain the difference we see in cancer incidence – at least for some cancers.”

“Some organs are more prone to developing tumours than others,” says Dr Lara Bennett, Science Communication Manager at Worldwide Cancer Research. “For example as many as 110 new cases of bowel cancer are diagnosed every day in the UK, compared to just 15 cases of liver cancer.”

“Lifestyle factors such as smoking and diet can account for part of the difference in cancer incidence, but researchers don’t yet fully know why some types of cancer are more common. This new research provides actual measured data on the rate of DNA error accumulation in human stem cells for the first time.”

A controversial idea published last year suggested that most of the risk for many cancers is due to a build-up of accidental random DNA mutations accumulated during normal stem cell division. This means organs with faster rates of stem cell division would naturally accrue more random mutations and carry a higher cancer risk. In other words, for these organs the risk of developing cancer is mainly a matter of bad luck.

However, when the Netherlands team studied stem cells isolated from colon, small intestine, and liver biopsy samples, they found that DNA error accumulation in these cells did not vary, but instead remained remarkably stable- at about 40 mutations a year.

This rate remained the same regardless of the type of organ the stem cell comes from, or age of the patient.

The researchers did, however, find differences in the types of unavoidable stem cell DNA mutations between the tissues, which Dr van Boxtel says could ultimately turn out to partly explain increased rates of cancer in some organs like the bowel.

“So it seems bad luck is definitely part of the story,” he says. “But we need much more evidence to find out how, and to what extent. This is what we want to focus on next.”