The blood test detects mutations to a gene called oestrogen receptor 1, or ESR1, which indicate that receptors for the female hormone oestrogen in the cancer cells, which are usually driven by the hormone, have evolved to stay permanently switched on without it – meaning hormonal treatments that block oestrogen production will no longer be effective… 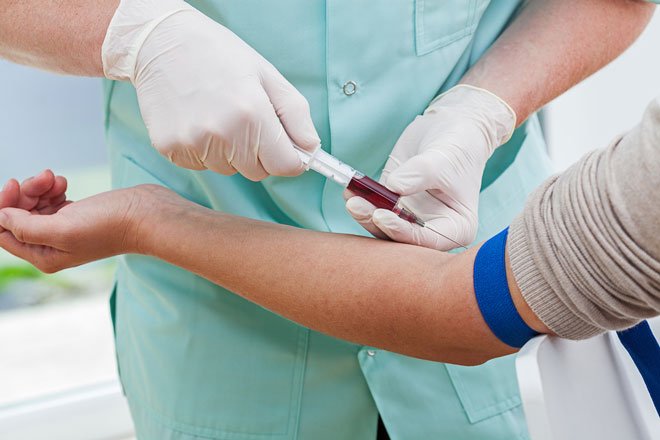 A blood test that detects when the most common form of breast cancer has become resistant to treatment could double the average time it takes for the disease to progress, from around two and a half to around six months, a new study shows.

Researchers at The Institute of Cancer Research and The Royal Marsden NHS Foundation Trust showed a ‘liquid biopsy’ test, which detects low levels of cancer DNA in the blood. It can spot women who will respond poorly to current hormonal treatments and who are more likely to benefit from newer drugs.

The blood test detects mutations to a gene called oestrogen receptor 1, or ESR1, which indicate that receptors for the female hormone oestrogen in the cancer cells, which are usually driven by the hormone, have evolved to stay permanently switched on without it – meaning hormonal treatments that block oestrogen production will no longer be effective.

Testing women for the ESR1 mutation allows patients to be separated into two groups, giving valuable information about which treatment is most likely to be effective.

The first trial had compared the effectiveness of a standard aromatase inhibitor drug – exemestane – which works by blocking oestrogen synthesis, with a drug called fulvestrant, which degrades the oestrogen receptor protein so it can’t ‘feed’ the tumour.

Nearly 40% of the 162 patient blood samples available, taken going into the trial, were found to have mutations in the oestrogen receptor. These women responded better to fulvestrant, which delayed progression of the disease for 5.7 months, compared to 2.6 months on exemestane.

For women without ESR1 mutations both treatments, fulvestrant and exemestane, had the same effectiveness.

“Cancer drug resistance is the biggest challenge we face in defeating the disease. This fantastic new research demonstrates how a relatively simple blood test can be used, not only to detect mutations that could lead to resistance, but to precisely target treatments to the genetic changes in individual tumours as part of personalised, precision therap” said, Professor Paul Workman, CE of The Institute of Cancer Research.

Researchers also looked at a second trial that had compared treatment with fulvestrant and a placebo to fulvestrant and palbociclib. Researchers found 25.3% of patient blood samples had oestrogen receptor mutations going into this trial. But because palbociclib targets different molecules, the patients had the same outcomes regardless of whether or not they had the mutation in the oestrogen receptor.

Breast cancer is the most common cancer in the UK with 53,969 new cases in 2013 in the UK, and over 11,000 deaths annually. Between 70% and 80% of breast cancers are oestrogen receptor (ER) positive, and around 40% of ER positive patients will develop resistance to the standard hormone therapy.

“Our results show that breast cancer with and without ESR1 mutations are distinct subtypes that respond differently to treatment. These subtypes can be diagnosed simply and cheaply from a blood test, and should be considered for future clinical trials of advanced breast cancer to ensure patients are receiving the best treatment for their cancer,” concluded study leader Dr Nicholas Turner.