HIV is surrounded by a protein shell called the capsid. It has now been found that HIV hides within the capsid while it builds DNA… 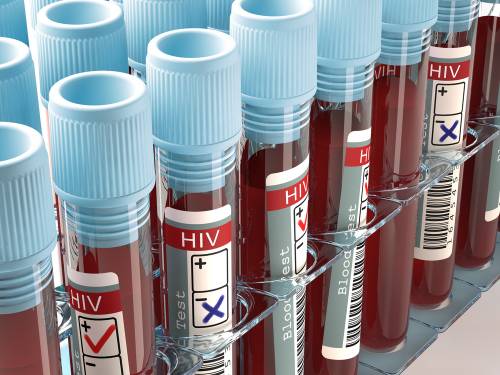 Scientists have discovered an essential feature of the HIV virus that it uses to infect cells whilst avoiding detection by the immune system. This discovery presents a new drug target and the opportunity to re-evaluate existing treatments for HIV to improve their efficacy.

HIV is a retrovirus, meaning it has to copy its RNA genome into DNA in order to infect cells. Previously, it wasn’t known how the virus acquires nucleotides, the building blocks of genetic material, it needs. It also wasn’t known how HIV does this without setting off the cells alarm systems that are poised to detect foreign DNA.

How the HIV virus evades the immune system

HIV is surrounded by a protein shell called the capsid. It has now been found that HIV hides within the capsid while it builds DNA. The team used a hybrid approach that involved discerning the atomic structure of the capsid in different states and creating mutant versions of HIV viruses to see how this altered infection. This allowed the researchers to discover iris-like pores in the capsid that open and close like those in the eye. These pores suck in nucleotides needed for replication at great speed while keeping out any unwanted molecules. This helps to explain why HIV is so successful at evading the immune system.

After they identified these capsid pores the team then went on to design an inhibitor molecule that could block them, hexacarboxybenzene. Once the pores were blocked by the molecule, the HIV virus was unable to copy itself and became non-infectious.

Hexacarboxybenzene cannot cross the cell membrane of human cells to gain access to the virus, but the researchers suggest that drugs could be designed in the future with similar properties but able to enter the cell. Another option is to look at drugs currently used in treating HIV, called reverse transcriptase inhibitors, to see if there are ways of improving their transit through these pores thereby enhancing their activity.

Dr Leo James at the MRC Laboratory of Molecular Biology, said, “We used to think that the capsid came apart as soon as the virus entered a cell but now realise that the capsid protects the virus from our innate immune system. The channels we’ve discovered explain how the fuel for replication gets into the capsid to allow the viral genome to be made.”

Dr David Jacques at the MRC Laboratory of Molecular Biology, explained further, “We have already designed a prototype inhibitor that directly targets the channel. We predict that this feature may be common to other viruses and will be an attractive target for new antiviral drugs for the treatment of the HIV virus.” the HIV virus.”