Posted: 10 August 2016 | Max Planck Institute for Heart and Lung Research | No comments yet

The most common cause of cancer deaths is not the primary tumour itself but metastases that subsequently form. Most tumour cells spread via the bloodstream. To do so, individual tumour cells have to enter blood vessels and leave the bloodstream again at remote locations… 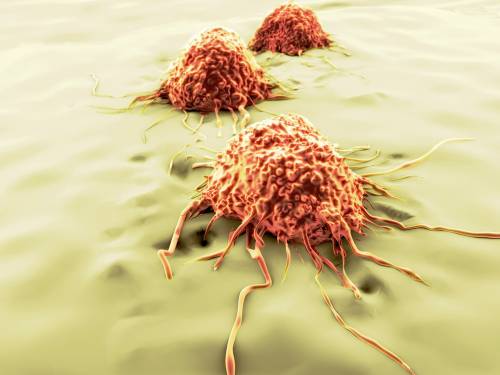 Many cancers only become a mortal danger if they form metastases elsewhere in the body. Such secondary tumours are formed when individual cells break away from the main tumour and travel through the bloodstream to distant areas of the body.

To do so, they have to pass through the walls of small blood vessels. Scientists have now shown that tumour cells kill specific cells in the vascular wall. This enables them to leave the vessels and establish metastases, a process facilitated by a molecule called DR6.

The most common cause of cancer deaths is not the primary tumour itself but metastases that subsequently form. Most tumour cells spread via the bloodstream. To do so, individual tumour cells have to enter blood vessels and leave the bloodstream again at remote locations.

The researchers, led by Stefan Offermanns, Director of the Department of Pharmacology at the Max Planck Institute for Heart and Lung Research and Professor at Goethe University Frankfurt, have now succeeded in clarifying the underlying mechanism.

“We were then able to show in studies on mice that the same process occurs in living organisms,” said Boris Strilic, one of the key researchers.

The scientists found that endothelial cells themselves give the signal for their own death. To do this, the vascular wall cells have a receptor molecule called Death Receptor 6 (DR6) on their surface.

“When a cancer cell comes into contact with it, a protein on the cell’s surface, known as APP, activates DR6. This marks the start of the cancer cells’ attack on the vascular wall, which culminates in the necroptosis of wall cells,” Strilic explains. Death Receptor in the cell membrane

The Max Planck researchers then showed that less necroptosis of endothelial cells and less metastasis occur in genetically modified animals in which Death Receptor 6 is disabled. “This effect was also found after a blockade of DR6 or the cancer-cell protein APP, thus confirming our previous observations,” Strilic says.

It is still not entirely clear whether the cancer cells migrate directly through the resulting gap in the vascular wall or whether there is an indirect effect.

“We have evidence that many more molecules are released when the vascular wall cell dies and that they render the surrounding area more permeable to cancer cells,” says Offermanns. “This mechanism could be a promising starting point for treatments to prevent the formation of metastases”.  says Offermanns.

The team will now test whether a blockade of DR6 triggers unwanted side effects and determine to what extent the observations can be transferred to humans.

By Max Planck Institute for Heart and Lung Research