Three diseases; Chagas disease, leishmaniasis and sleeping sickness, all caused by parasites called ‘kinetoplastids, all sharing similar biology and genetics, leading scientists to investigate the possibility of a single chemical to destroy all three… 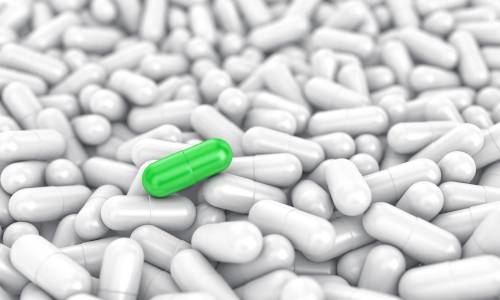 Scientists have identified a compound that can kill the parasites responsible for three neglected diseases; Chagas disease, leishmaniasis and sleeping sickness.

A new study suggests that a single class of drugs could be used to treat all three. Wellcome-funded researchers at the Genomics Institute of the Novartis Research Foundation (GNF) have identified a chemical compound, GNF6702, that can cure all of these diseases in mice. It also does not harm human cells in laboratory tests, providing a strong starting point for drug development.

The three diseases are all caused by parasites called ‘kinetoplastids’ – a type of single-celled organism. The parasites share similar biology and genetics, which prompted scientists to investigate the possibility of a single chemical to destroy all three.

Chagas disease, known as the “kissing bug”, presents itself in 2 phases; the initial, acute phase lasts about 2 months after infection, during which time a high number of parasites circulate in the blood but the symptoms remain absent or mild. Typically the first visible signs are skin lesions and swelling eyelids.

During the chronic phase, the parasites are hidden mainly in the heart and digestive muscles, with up to 30% of patients suffering from cardiac disorders and 10% from digestive (typically enlargement of the oesophagus or colon), neurological or mixed alterations. The infection can lead to sudden death via heart failure. The assassin bug responsible for the spread of Chagas disease

Leishmaniasis is caused by parasitic protozoa of the genus Leishmania. Humans are infected via the bite of phlebotomine sandflies, which breed in forest areas, caves, or the burrows of small rodents. Sleeping sickness is a vector-borne parasitic disease, caused by infection with protozoan parasites belonging to the genus Trypanosoma which are transmitted to humans by tsetse fly (Glossina genus) bites. Lead researcher Frantisek Supek, GNF said, “We found that these parasites harbour a common weakness. We hope to exploit this weakness to discover and develop a single class of drugs for all three diseases.”

Dr Stephen Caddick, Director of Innovation at Wellcome, commented, “These three diseases lead to more than 50,000 deaths annually, yet they receive relatively little funding for research and drug development. We hope that our early stage support for this research will provide a basis for the development of new treatments that could reduce suffering for millions of people in the poorest regions of the world.”

Existing treatments for the three diseases are expensive, often have side effects and are not very effective. The fact that GNF6702 does not seem to have any adverse effects in mice suggests that it might have fewer side-effects than existing drugs, although this will need to be explored in human studies.

GNF6702 is now being tested for toxicity before it can be moved in to clinical trials.

One response to “Killing three deadly diseases with one compound”