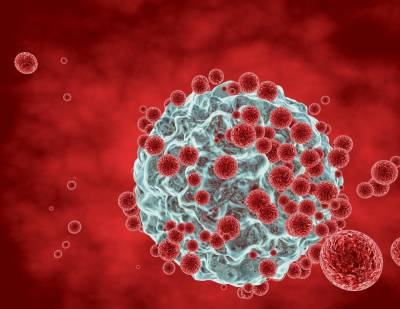 A new scientific study using mice has identified why bowel cancer cells depend on glutamine, a non-essential amino acid, to reprogram their metabolism – and a way to starve them of it.

The study from Case Western Reserve University, Ohio has laid the groundwork for human clinical trials planned for August 2016.

Bowel cancer is one of the most common types of cancer diagnosed in the UK, with around 40,000 new cases diagnosed every year. About 1 in every 20 people in the UK will develop bowel cancer in their lifetime, making it the third most common non-skin cancer.

Researchers studied a subset of cells containing a genetic mutation called PIK3CA, located in a gene critical for cell division and movement, and is found in one third of all bowel cancers. The mutation is also the most commonly identified genetic mutation across all cancers, making the results of the study universally appealing.

Glutamine is broken down by cancer cells into several other molecules with the help of specific enzymes. This complicated system helps produce adenosine triphosphate, the energy currency of all cells, and other molecules critical for colorectal cancer cell growth.

The increased need for glutamine

The researchers found that colorectal cells with the PIK3CA mutation broke down significantly more glutamine than cells without the mutation. They identified several enzymes involved in the process that are more active in the mutant cancer cells than in other cell types, explaining the increased need for glutamine. These enzymes become overactive in the mutant cancer cells due to a cascade of signals led by the protein encoded mutant PIK3CA gene.

“In layman’s terms, we discovered that colon cancers with PIK3CA oncogenic mutations are addicted to glutamine, a particular nutrient for cancer cells. We also demonstrated that these cancers can be starved to death by depriving glutamine with drugs.”

Lowering the amount of glutamine available to mutant cancer cells growing in laboratory dishes caused the cells to die. Repeating the study using mice found that the glutamine-depriving compound consistently suppressed tumour growth. They did not observe the same effect on tumours without the mutation. These results provide a promising new therapeutic avenue to suppress growth of colorectal tumours with the PIK3CA mutation.

“This study provides the basis for a colon cancer treatment clinical trial that will be started in the summer at the University Hospitals Seidman Cancer Center,” according to Dr. Lester E. Coleman, Jr. Professor of Cancer Research and Therapeutics and principal investigator for the trial. “The phase I/II study will test the effects of a glutamine metabolism inhibitor in patients with advanced colorectal tumours.”