The method, called Patient-Based in Vivo Lethality to Optimise Treatment (PILOT), allows for the analysis of hundreds of tumour genes using only a few mice… 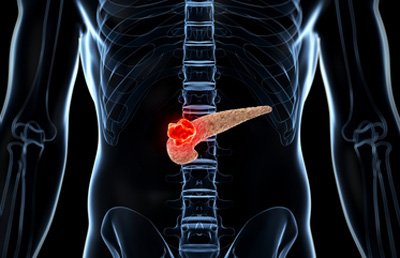 “The WDR5-Myc connection is essential for the pancreatic cancer cells to proliferate,” explained Alessandro Carugo of The University of Texas MD Anderson Cancer Centre.

Their discovery is a demonstration project for technology currently established at MD Anderson’s Centre for Co-Clinical Trials to evaluate gene function in a more realistic, living model of human cancers.

“This new technology allows us to more rapidly identify genetic drivers that maintain a tumour and thus potentially find new ways to treat it,” said Giulio Draetta, M.D., Ph.D., director of IACS and professor of Genomic Medicine and Molecular and Cellular Oncology.

Functional genetic screening can be conducted in cancer cell lines in the lab, Carugo notes, but cell lines do not represent the challenging genomic complexity of an actual tumour.

Researchers have been taking bits of tumour surgically removed from patients, transplanting them in mice, and using them to discover new avenues for treating the comparable human tumours.

The team’s method is called Patient-Based in Vivo Lethality to Optimise Treatment (PILOT). It allows for the analysis of hundreds of tumour genes using only a few mice.

Typically, researchers take a PDX, expand the tissue, transplant it in 30 or more mice, and then test one drug compound against the tumour in each mouse.

“With PILOT, instead of expanding the sample to challenge it with different drugs one at a time in many mice, we apply many more tests to a few mice to identify genomic drivers,” Carugo said.

The researchers take a sample of the patient’s primary tumour and test its capacity for efficiently engrafting in the mouse. They do this, Carugo explained, by applying a tracking library of lentivirally delivered molecular “barcodes” to the sample to assess the frequency of tumour-initiating cells.

“This gives us a fast readout of engraftment efficacy on a case-by-case basis,” Carugo said. The alternative would be to infect a number of mice with different numbers of tumour cells to find a minimum number that causes a tumour to develop — a more cumbersome process.

Engrafting efficiency findings guide the next step, the application of a library of short hairpin RNAs, known to turn off specific genes, to the sample. Analysing depletion of the shRNAs in the tumour implicates specific genes.

Cells from the human tumour are then engrafted in the mouse, and once the tumour develops, the shRNA library is applied at the dose established in the sample.

The team chose an shRNA library that connects with genes involved in epigenetic processes, specifically genes that regulate chromatin – the mix of genes and histone proteins that make up chromosomes. Chromatin regulation affects gene transcription and activation.

Genetic lesions in chromatin regulators have been identified in a number of cancers and, the researchers note, are a hallmark of pancreatic cancer.

They applied the shRNA library, detecting the top 15 to 30 percent of depleted shRNAs, and then used multiple methods to evaluate their “hits.”

WD repeat-containing protein 5 (WDR5), a core part of the COMPASS complex regulating chromatin function, was implicated in multiple screens. Recent research by others had shown WDR5 to be upregulated in prostate and bladder cancers and critical for cancer cell proliferation.

The team confirmed WDR5 was highly expressed in pancreatic cancer compared to normal pancreas tissue and then conducted a series of experiments which showed knocking down the gene impaired cell proliferation and tumour growth and greatly increased survival in mice.

Subsequent experiments showed WDR5 works in concert with Myc to protect pancreatic cancer from DNA damage. There is no known method for targeting either WDR5 or Myc separately, Carugo said, but the team thinks there might be ways to block their interaction.