The new findings on thalidomide, from researchers at the Technical University of Munich (TUM), are highly relevant to current cancer therapies… 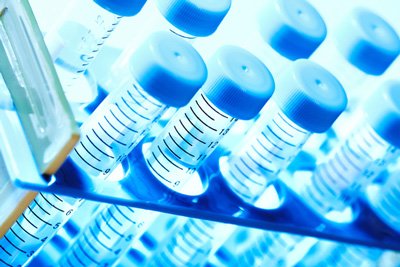 Researchers have identified the molecular mechanism of thalidomide.

The new findings from researchers at the Technical University of Munich (TUM) are highly relevant to current cancer therapies, as related substances are essential components of modern cancer treatment regimens.

Thalidomide was marketed under the brand name “Contergan”. In 1961, it hit the headlines after having caused horrific deformations in unborn children. Between 5,000 and 10,000 children were affected worldwide. To this day, more than 2,000 victims across the world still live with the consequences of this tragedy. Soon after the discovery of these devastating side effects, the drug was withdrawn from the market. More recently, however, thalidomide is experiencing a kind of renaissance, as it was discovered to inhibit the growth of certain tumours.

Since then, the two follow-up substances lenalidomide and pomalidomide have been approved for cancer treatment. Both thalidomide-derivatives are successfully used to treat certain bone-marrow cancers such as multiple myeloma. While showing stronger anti-tumour potential, they have fewer side effects than thalidomide. Despite this, they still pose a risk of causing severe birth defects and must not be taken during pregnancy. The new research outlines the reasons for these disastrous birth defects.

Studying the molecular mechanism of IMiDs

Thalidomide, lenalidomide and pomalidomide are also known as immunomodulatory drugs (IMiDs). Professor Florian Bassermann at the Department of Internal Medicine III of the TUM University Hospital and his team studied the molecular mechanism of IMiDs.

Other research teams had previously established that cereblon, a cellular protein, plays an important role in the function of IMiDs. However, the exact details as to how cereblon mediates the effects of IMiDs have only now been worked out by Prof. Bassermann and his team: Inside cells, cereblon usually binds to the proteins CD147 and MCT1. These two proteins typically occur in blood building and immune cells, and amongst other things, promote proliferation, metabolism and the formation of new blood vessels. In cancers such as multiple myeloma, tumour cells contain particularly high levels of CD147 and MCT1.

As a so-called protein complex, CD147 and MCT1 always occur as a pair. However, to find their other half and become activated, they require the help of cereblon. Binding to the cereblon protein promotes development and stability of the complex, which in return stimulates cell growth and facilitates the excretion of metabolic products like lactate. In diseases such as multiple myeloma an increased abundance of this protein complex enables tumour cells to multiply and spread rapidly. If such a cancer is treated with IMiDs, the drug virtually displaces the complex from its binding to cereblon. As a result, CD147 and MCT1 can no longer be activated and vanish. “Ultimately, this causes the tumour cells to die,” says Dr Ruth Eichner.

Strikingly, the scientists were able to demonstrate that the disruption of the protein complex also causes the devastating birth defects. “The mechanisms are identical,” Prof. Bassermann explains. “A specific inactivation of the protein complex resulted in the same developmental defects observed after thalidomide treatment.” Without these two proteins, blood vessels cannot develop properly. This confirms the prevailing hypothesis that the typical Contergan-induced deformities are related to the reduced and abnormal formation of new blood vessels.

Direct clinical consequences can be drawn from the full correlation of clinical efficacy of IMiD treatment with the observed molecular effects. “The disappearance of the protein complex could only be observed in patients that had responded well to this type of treatment,” says Florian Bassermann. This could be helpful in assessing a patient’s response before starting the actual treatment: A sample of the patient’s tumour cells could be taken into culture and treated with IMiDs. If these cells then showed a disruption of the complex, the patient will most likely benefit from IMiD treatment.

The results of this recent study also warrant new cancer therapies without IMiDs. The protein complex is a particularly attractive target for tumour treatment, as it is mainly found on the surface of cells and virtually links the inside to the outside of the cell. Therefore, the inactivation of the complex can easily be achieved using specifically produced antibodies and other distinctive drugs – a possibility that is currently being explored by Prof. Bassermann and his team.