Drugs currently being trialled in cancer patients have been used to successfully target an autoimmune condition, uveitis, in mice… 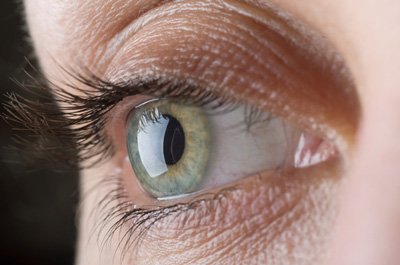 Drugs currently being trialled in cancer patients have been used to successfully target an autoimmune condition in mice.

The study, carried out by scientists from University College London and King’s College London, involved giving cancer drugs to mice and inducing uveitis, an incurable autoimmune eye condition responsible for 1 in every 10 cases of visual impairment in the UK. The condition was significantly less severe in mice given the cancer drugs. Current treatment options are limited and can cause further visual problems including cataracts.

“We tested this approach on the uveitis model as a proof of principle, but it should also be applicable to other autoimmune conditions,” says Dr Richard Jenner (UCL Cancer Institute). “The drugs that we used in this study would be too toxic for long term use in the bloodstream, so we are now hoping to test more localised approaches such as eye drops to treat uveitis.”

The team tested the drugs on uveitis after discovering that a genetic ‘key’ involved in cancer cell growth is also important for immune cells. Using whole-genome sequencing, they found that immune cells needed this ‘key’ to become specialised T helper cells. Although these cells are necessary to clear infection by viruses and bacteria, in autoimmune conditions they turn on healthy tissue, causing damage and inflammation.

“Blocking this genetic key, called P-TEFb, prevents the immune system from mobilising such an aggressive response,” explains Dr Jenner. “P-TEFb is important for a lot of cellular processes, and drives uncontrolled growth in cancer cells. A variety of drugs that target this pathway are currently undergoing trials for a range of cancers, and we hope to adapt these to target autoimmune conditions in future.

“This work is a great example of how knowledge of the human genome sequence can lead to valuable insights into human diseases. It was only by looking across the whole human genome that we were able to identify the function of P-TEFb in the immune system, offering potential new treatments for autoimmune conditions.”