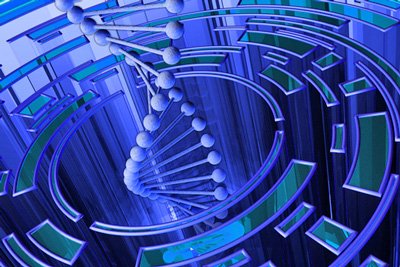 An initiative of the US National Cancer Institute (NCI), the GDC will be a core component of the National Cancer Moonshot and the Precision Medicine Initiative (PMI), and benefits from $70 million allocated to NCI to lead efforts in cancer genomics as part of PMI for Oncology. The GDC will centralise, standardise and make accessible data from large-scale NCI programmes such as The Cancer Genome Atlas (TCGA) and Therapeutically Applicable Research to Generate Effective Treatments (TARGET).

Together, TCGA and TARGET represent some of the largest and most comprehensive cancer genomics datasets in the world, comprising more than two petabytes of data. In addition, the GDC will accept submissions of cancer genomic and clinical data from researchers around the world who wish to share their data broadly. In so doing, researchers will be able to use the state-of-the-art analytic methods of the GDC, allowing them to compare their findings with other data in the GDC.

Data in the GDC, representing thousands of cancer patients and tumours, will be harmonised using standardised software algorithms so that they are accessible and broadly useful to any cancer researcher. The storage of raw genomic data in the GDC will also allow it to be reanalysed as computational methods and genome annotations improve.

Commenting on the new data system, NCI Acting Director Douglas Lowy, M.D., said: “With the GDC, NCI has made a major commitment to maintaining long-term storage of cancer genomic data and providing researchers with free access to these data. Importantly, the explanatory power of data in the GDC will grow over time as data from more patients are included, and ultimately the GDC will accelerate our efforts in precision medicine.”

Louis M. Staudt, M.D., Ph.D., NCI, added: “Of particular significance, the GDC will also house data from a number of newer NCI programmes that will sequence the DNA of patients enrolled in NCI clinical trials. These datasets will lead to a much deeper understanding of which therapies are most effective for individual cancer patients. With each new addition, the GDC will evolve into a smarter, more comprehensive knowledge system that will foster important discoveries in cancer research and increase the success of cancer treatment for patients.”

The hope is that the GDC will form the basis for a comprehensive knowledge system for cancer. GDC researchers will be able to integrate genetic and clinical data, such as cancer imaging and histological data, with information on the molecular profiles of tumours as well as treatment response. From this perspective, the GDC would become an important resource for generating potentially actionable and life-changing information that ultimately could be used by doctors and their patients.