In a study, the compound 16-8 also quelled pain in living animals, including abdominal aches in mice with pancreas inflammation… 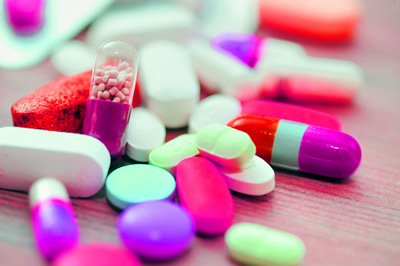 Scientists have discovered a potential new class of small-molecule drugs that simultaneously block two sought-after targets in the treatment of pain.

Their proof-of-concept experiments could lead to the development of a new drug to treat conditions including skin irritation and itching, headaches, jaw pain, and abdominal pain stemming from the pancreas and colon.

“We are very pleased with what is a first chapter in a highly promising story,” said Wolfgang Liedtke, M.D., Ph.D., a professor of neurology, anaesthesiology and neurobiology at Duke University School of Medicine, who treats patients with head and face pain and other sensory disorders. “We hope to be able to develop these compounds for clinical use in humans or animals.”

In the new study, the researchers initially aimed to develop more effective blockers of TRPV4, a molecule their previous research had shown transmits skin irritation elicited by sunburn, and painful sensations coming from the head and face. Liedtke and his Duke collaborator Farshid Guilak used a prototype TRPV4 blocker in a 2009 study and then set out to develop more potent versions.

Compared to the prototype, one of the new candidate drugs, called “16-8”, worked 10 times more effectively in cells with active TRPV4 that are key for the development of osteoarthritis. It also worked well in another cell type involved in nerve cell injury, stroke and epilepsy.

But to their surprise, when assessing the specificity of 16-8, the scientists discovered that it also blocked TRPA1, which is a promising target in pain and itch research.

“As a physician, I soon realised the enormous potential that these compounds might have, given how beneficial dual-target molecules can be in clinical medicine,” Liedtke said.

Both TRPV4 and TRPA1 are members of the family of TRP ion channels, which function in sensory nerve cells to directly sense painful stimuli. Other research groups are now targeting these channels in clinical trials for pain relief.

In this study, the drug 16-8 also quelled pain in living animals, including abdominal aches in mice with pancreas inflammation.

Liedtke sees potential for the 16-8 drug to treat osteoarthritis and other types of joint pain as well as head, face and jaw pain. In general, it might also treat aches radiating from internal organs or resulting from nerve cell injury.

The group’s preclinical work will focus on understanding the compound’s potential use in these conditions as well as learning more about how it works. They also hope to explore topical applications to mucous membranes, which are present throughout the body and skin.