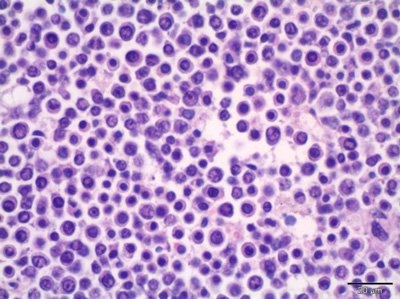 Researchers have developed an animal model that allows them to better understand the mechanisms that lead to the development of multiple myeloma.

“So far, there have not been animal models of malignant plasma-cell diseases that allow us to study their stepwise progression and fully understand the complex cellular mechanisms,” said Stephen D. Nimer, M.D., director of at Sylvester Comprehensive Cancer Centre at the University of Miami Miller School of Medicine. “Now that we have a proper model of the disease, we’ll be able to more effectively study multiple myeloma as well as potential treatments.”

The new animal model of multiple myeloma was generated when a team of researchers from Sylvester and Memorial Sloan Kettering Cancer Centre in New York crossed two genetically modified mice: mice lacking the Mef gene and mice with a Rad50 gene mutation (Rad50s). Mef, also called Elf4, is a transcription factor – originally cloned in the Nimer lab – that is known to both promote and suppress the formation of cancers. Rad50 is a component of a sensor of DNA damage induced by various stresses and it regulates the DNA damage response pathways in cells.

“In this study, we found that 70 percent of the generated mice died from multiple myeloma or other plasma-cell neoplasms with various symptoms related to multiple myeloma,” said Takashi Asai, M.D., Ph.D., associate scientist at Sylvester. “We also found that the phenotype of these mice is not linked to activation of a specific oncogene, or inactivation of a specific tumour suppressor, other than Mef.”

“Although outcomes for multiple myeloma patients have greatly improved, it remains an incurable disease, despite the availability of newer treatments,” said Nimer. “Several animal models of multiple myeloma have been reported, including models of human myeloma cells. However, these models imperfectly mimic the human disease. Developing more-reliable and accurate animal models that help us better understand myeloma and test new treatments will take us to the next level on the long and challenging road to a cure.”