miR551b identified as a promising target for ovarian cancer

The microRNA miR551b has been shown to impact STAT3 protein levels, contributing to resistance to cell death and increased proliferation of cancer cells… 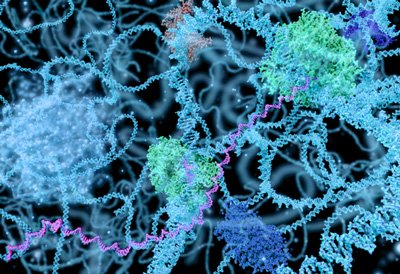 Researchers have shown that the significance of microRNAs in cancer development is greater than previously thought, a finding that could lead to new therapeutic approaches for the most common and deadly form of ovarian cancer.

“MicroRNAs appear to have evolved to regulate cellular functions through having many different targets, and were thought to function mainly through down regulating the levels or functions of messenger RNA,” said Gordon Mills, Ph.D., chair of Systems Biology at The University of Texas MD Anderson Cancer Centre. “Remarkably, this study shows that microRNAs can also up regulate the expression of key cancer genes directly. This suggests that the mechanisms by which microRNAs regulate cellular function are much broader than was generally accepted.”

The team, using data from The Cancer Genome Atlas, zeroed in on the biochemical interplay between a transcription factor, STAT3, which has been associated with poor outcome in ovarian cancer patients when present in high levels, and a microRNA called miR551b. This little-studied microRNA now has been shown to impact STAT3 protein levels, contributing to resistance to cell death and increased proliferation of cancer cells both in vivo and in vitro. Mills believes this points to the microRNA as a “promising candidate biomarker and therapeutic target”.

To explore the potential of the microRNA as a therapeutic target, Mills’ team treated mice with an anti-miR551b therapy, twice a week for a month and observed markedly decreased tumour growth.

“Our results demonstrate the therapeutic potential of anti-miR551b in treating ovarian cancers with high levels of miR551b,” said Mills. “Future studies will need to examine the activity of combination therapy of anti-miR551b with other therapeutic interventions.”