A new €2.25m US-Ireland R&D partnership has been set up to develop a gene therapy approach with the aim of potentially reversing diabetes-related blindness… 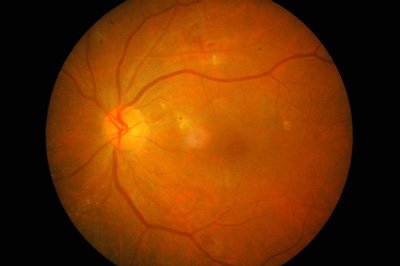 A new €2.25m US-Ireland R&D partnership is bringing together a unique team of scientists and clinicians to develop a gene therapy approach with the aim of potentially reversing diabetes-linked blood vessel damage to the eye.

Diabetes-related blindness, also known as diabetic retinopathy, is caused by high blood sugar levels damaging the blood vessels in the retina. This global challenge affecting more than 90 million people is one of the leading causes of ‘new’ blindness in working-age adults in the UK.

Existing therapies for diabetes-related blindness, such as laser treatment and monthly injections of drugs into the eye, are not effective for all patients and carry significant side effects and cost implications for the NHS.

The research team is planning to overcome these limitations by developing a gene therapy approach based on the use of adeno-associated viruses (AAV) which insert genetic material at a specific site. This will enable long‑term delivery of a protein, called COMP-Ang1, to the retina. The researchers have previously discovered that this protein can protect the retina from damage during diabetes, but precisely how it does this remains unclear.

The team will investigate how COMP-Ang1 prevents inflammation, leakage from blood vessels and improves the function of the retina. They will also investigate the ability of COMP-Ang1 to enhance a stem cell therapy which the team at Queen’s has been developing over several years. Ultimately, it is hoped that COMP-Ang1 will facilitate the reversal and repair of diabetic damage to the retina.

Commenting on the project, Dr Tim Curtis, from the Centre for Experimental Medicine at Queen’s University, said: “Our aim is to examine whether COMP-Ang1 treatment is capable of preventing or reversing diabetic retinopathy by improving blood flow and vascular repair in the retina. Queen’s researchers are established leaders in diabetic retinopathy and we are delighted to be part of a leading international consortium tackling one of the major health challenges facing us today.” Queen’s University Belfast researchers are among the team of scientists from the USA and Ireland who are collaborating to develop the novel treatment.

At the University of Utah, researchers will ascertain how the drug prevents inflammation in diabetic patients, using the smallest possible drug dose to achieve optimal long-term effect while minimising side-effects of toxicity. Researchers at Dublin City University will advance knowledge of therapeutic viruses to ensure their improved efficiency for delivery into the eye.

The five-year programme will commence in April 2016.