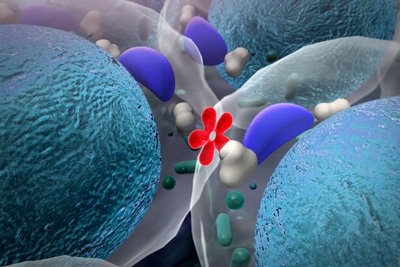 Both receptors play important roles in the management of blood glucose levels and are considered to be important targets for drugs to treat metabolic diseases, such as diabetes.

The new structural information generated by Heptares from the breakthrough research on these receptors adds to the wealth of information the Company has generated using its StaR platform on G protein-coupled receptors (GPCRs), the most important family of receptors targeted by drug developers. The unique resource, including detailed X-ray structures from more than 12 GPCRs solved by Heptares scientists, is enabling the Company to apply its structure-based design platform to develop therapeutics (small molecules and biologics) for these and structurally similar receptors that have strong links to disease.

The work by Heptares scientists in solving the X-ray structure of the full length GLP-1 receptor bound to a peptide agonist represents the first time that a receptor of this class has been resolved in its active state conformation. The availability of a high-resolution structure of the GLP-1 receptor in this conformation is expected to be important for enabling the discovery of selective small molecule oral drugs for metabolic diseases.

The findings relating to the structure of glucagon receptor describe the identification of a novel binding site distinct from the glucagon-binding site. This ‘allosteric’ binding site is located outside the transmembrane domain of the receptor, at the interface with the cell membrane, and is shown to inhibit the normal signalling function of the receptor when bound to a small molecule antagonist MK-0893.

Heptares is using the structural and physicochemical information derived from its pioneering research on the GLP-1 and glucagon receptors, and from other receptors in the same class (Class B GPCRs), including the previously solved CRF-1 receptor, to advance allosteric small molecule GLP-1 antagonists towards the clinic as potential new treatments for the rare disease congenital hyperinsulinaemia.

Commenting on the news, Fiona Marshall, Chief Scientific Officer at Heptares, said: “Our pioneering research is greatly enhancing our ability to apply our structure-based approach to drug discovery across a wide range of GPCR targets with strong clinical validation, but which have proved difficult or impossible to access previously.”