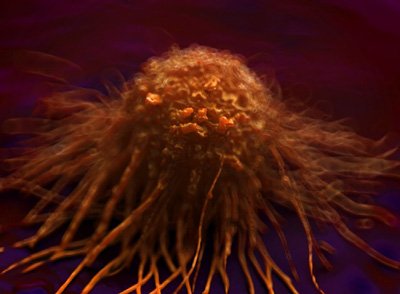 Partly due to the cancer’s resistance to most targeted therapies, pancreatic cancer is on track to become the second leading cause of cancer-related deaths.

Working with pancreatic cancer cells, researchers have now found a mechanism that could be responsible for the cancer’s resistance to at least one targeted approach. If the results hold true, the approach could help researchers develop more effective combination therapies and breathe new life into forgotten and failed cancer drugs.

“We’ve teased out one mechanism behind pancreatic cancer cells’ resistance to certain drugs,” says Jonathan Brody, Ph.D., a researcher at the Sidney Kimmel Cancer Center at Thomas Jefferson University and Director of Surgical Research at Thomas Jefferson University. “Knocking out this resistance mechanism could make pancreatic cancer vulnerable to therapies that had great promise in the past.”

For years, researchers and pharmaceutical companies had worked on a cancer therapy that functioned by activating the “death receptor” on cancer cells. The researchers could quickly cause the cancer cells to self-destruct by turning of this receptor using a synthetic mimic of a naturally occurring compound called TRAIL (Tumour necrosis factor-Related Apoptosis Inducing Ligand). However, when tested in human tumours, TRAIL-mimicking drugs performed poorly, usually because the cancer cells quickly became resistant to this therapeutic strategy.

In a new study, Dr Brody and colleagues showed that a protein called HuR (Hu antigen R) is a hub for cancer cell survival and drug resistance, especially when pancreatic cancer cells are treated with TRAIL. Treated cells activate HuR, which then reduces the amount of death receptors available for TRAIL to bind. Simply put the fewer death receptors or triggers, the less effective the TRAIL-mimicking drugs become.

When the researchers blocked HuR or depleted its levels in pancreatic cells, using short interfering RNA or a small molecule chemical blocker, they gave TRAIL-mimicking drugs a better chance to work. In some experiments, roughly twice as many pancreatic cancer cells died from TRAIL-drug treatment as those treated with TRAIL alone.

“Although these results will not change treatment options for patients today, they give us a glimmer of hope that we can salvage therapies that have already advanced to human clinical trials and are therefore closer to human use than novel therapies,” says Carmella Romeo, a graduating Ph.D. student, who completed this project as part of her thesis.

Because HuR is known to interact with a number of survival pathways in the cancer cell, Dr Brody suspects that blocking this one protein could help revive a whole class of drugs that function by triggering cancer self-destruct mechanisms.

“Our lab is working on understanding exactly how this pathway works in the pancreatic cancer cell in the hope of resurrecting clinically available therapies and finding novel ones that will more effectively fight this devastating cancer,” says Dr Brody.

While the treatment pipeline for pancreatic cancer shows a high level of innovation, with 52% of products categorised as first-in-class, most development is in the early stages, meaning a significant proportion of therapies are unlikely to reach the market in the near future, says business intelligence provider GBI Research.