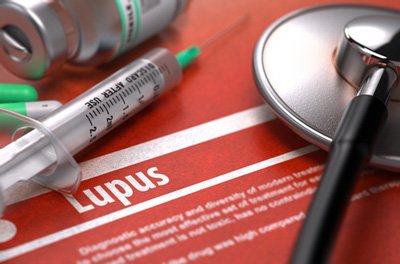 Researchers from Penn State College of Medicine have discovered that interferon gamma could hold the key to understanding how harmful autoantibodies form in lupus patients.

The finding could lead to new treatments for the chronic autoimmune disease.

Systemic lupus erythematosus (SLE) is the most common form of lupus. In patients with SLE, the immune system forms autoantibodies that attack the body’s own cells, causing inflammation and tissue damage. How these rogue antibodies form is an important area of interest for lupus researchers.

When a pathogen like a virus invades the body, B lymphocytes multiply to fight the foreigner. These groups of B lymphocytes produce antibodies specifically designed to fight the invader or turn into antibody-secreting cells and memory B cells that will help protect the next time the same pathogen is encountered. In both humans and mice with lupus, groups of B lymphocytes (B cells) spontaneously arise in the absence of a pathogenic infection. Instead of producing antibodies to fight an infection, these groups pump out specialised autoantibodies that attack healthy tissue.

Autoantibody-secreting B cells and memory B cells that continuously generate autoantibodies are also created, setting the body up for ongoing attacks, chronic inflammation and, over time, organ damage.

Ziaur S.M. Rahman, assistant professor of microbiology and immunology, set out to find out what factors drive the development of those B cells, called autoreactive B cells that produce autoantibodies. His team at Penn State College of Medicine found that a cytokine called interferon gamma may play a role. Interferon gamma stimulates immune cells as part of the normal immune response to infection. Earlier studies showed that people with SLE tend to have higher levels of interferon gamma, and lupus mice that are deficient in it have reduced autoantibody production and less severe renal disease, a major lupus complication.

A potential treatment for lupus

The researchers also discovered that normal B lymphocyte groups could produce antibodies to fight real infections even in the absence of interferon gamma signalling.

The current treatment options for SLE are limited to the use of immunosuppressive agents that reduce immune function in general and make patients susceptible to infection. An intervention targeting the interferon gamma pathway could be an improvement for lupus patients, as it would eliminate spontaneously developed groups of B cells that produce autoantibodies and keep normal B cell responses intact to fight against infection.