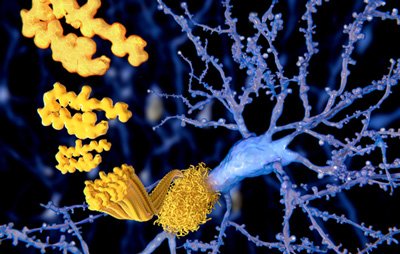 Allergan is to license exclusive global rights to a broad portfolio of novel subtype-selective muscarinic receptor agonists in development by Heptares for the treatment of major neurological disorders, including Alzheimer’s disease.

M1 selective compounds are in development for the potential treatment of symptomatic cognitive deficits in Alzheimer’s patients, with the potential upside of better tolerability and a more pronounced effect compared with available treatments. M4 selective compounds may provide a novel approach to treat the neurobehavioral symptoms (psychoses) associated with Alzheimer’s disease and related neurological disorders, through a different mechanism of action than available antipsychotics. Combined, dual M1/M4 agonists may be able to treat both cognitive impairment and neurobehavioral symptoms.

Under the terms of the agreement, Heptares will receive an upfront payment of $125 million and is eligible to receive contingent milestone payments of up to approximately $665 million associated with the successful Phase I, II and III clinical development and launch of the first three licensed compounds for multiple indications and up to approximately $2.5 billion associated with achieving certain annual sales thresholds during the several years following launch. In addition, Heptares is eligible to receive up to double-digit tiered royalties on net sales of all products resulting from the partnership. Allergan is also committing up to $50 million to a research and development programme to be conducted jointly by Allergan and Heptares aimed at advancing multiple candidates through Phase II clinical studies. Allergan will be responsible for the development of licensed compounds upon initiation of Phase IIb studies and for subsequent manufacturing and commercialisation of the products.

Commenting on the collaboration, David Nicholson, Executive Vice President and President, Global Brands Research and Development at Allergan, said: “The Heptares M1 compounds have shown promising results in early development in their ability to selectively target the M1 receptor without also activating the M2 or M3 receptors, which are associated with undesirable side effects.  We look forward to advancing these compounds into the next stages of development, and potentially adding new approaches to helping physicians treat patients suffering from the effects of Alzheimer’s disease, an area of medicine where Allergan remains committed to continued innovation.”

The safety, tolerability and pharmacokinetic profile of HTL9936 were assessed in a recently completed Phase I study.  The data provide strong evidence of a therapeutic window for the selective M1 agonist mechanism in general, and for progression of HTL9936 and similar molecules as medicines to treat cognitive disorders. HTL9936 exhibited good brain penetration and M1 selectivity with no adverse events typically attributed to the stimulation of M2 and M3 receptors. HTL9936 also exhibited robust and statistically significant changes in brain electrical activity measured using multiple electroencephalography (EEG) biomarkers relevant to cognition. These pro-cognitive effects were seen at low doses and low blood concentrations that were safe and well tolerated.

Malcolm Weir, Chief Executive Officer of Heptares, said: “We are delighted that the quality of our muscarinic agonist candidates, discovered and developed wholly in-house, and our translational capabilities have been recognised by Allergan, a global leader in the development and commercialization of treatments for CNS diseases. We have a highly committed and experienced partner in Allergan and look forward to working together towards the development of multiple new breakthrough medicines over the coming years.”

This transaction is subject to customary clearances under the Hart-Scott-Rodino Antitrust Improvements Act.