2015 was an exciting year for the drug discovery industry. Here we look at a selection of stories that particularly stood out for us… 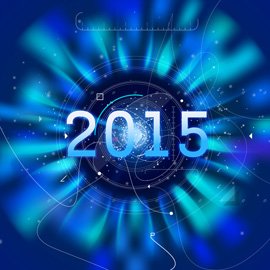 From innovative nanobombs that could potentially deliver agents direct to cancer cells, to the use of Big Data to unlock new targets for influenza, 2015 was an exciting year for the drug discovery industry. Here we look at a selection of stories that particularly stood out for us…

In October, the news broke that scientists had made an unexpected breakthrough – in their hunt for a weapon to fight malaria in pregnant woman, they discovered that armed malaria proteins can kill cancer. The carbohydrate that the malaria parasite attaches itself to in the placenta of pregnant women is identical to a carbohydrate found in cancer cells. The scientists managed to recreate the protein that the malaria parasite uses to adhere to the placenta and then they added a toxin. This combination of malaria protein and toxin sought out the cancer cells, was absorbed, the toxin released inside, and then the cancer cells died.

Earlier in the year, researchers revealed how the H7N9 influenza virus hides from the immune system, explaining why candidate vaccines have failed to elicit a strong immune response necessary to protect from infection. The researchers showed that the H7N9 haemagglutinin (HA) surface protein has evolved a set of mutations that make it similar to human protein. These mutations appear to effectively camouflage the pathogen from the immune system.

We went bananas for the story of BanLec. BanLec is a substance originally found in bananas that, when carefully edited by scientists, could someday fight off a wide range of viruses. Six years ago, it was shown that the compound could prevent the virus that causes AIDS from getting into cells – but it also caused side effects that limited its potential use. However, now scientists have created a new form of BanLec that still fights viruses in mice, but does not have the property that causes irritation and unwanted inflammation.

Late in 2015, researchers revealed that they had developed nanoparticles that swell and burst when exposed to near-infrared light. The researchers say the particles, dubbed ‘nanobombs’, could potentially change the face of cancer drug delivery as they can overcome a biological barrier that has blocked development of agents that work by altering the expression of genes in cancer cells.

5. A compound that reverses cataracts

Scientists from UC San Francisco revealing a chemical that could potentially be used in eye drops to reverse cataracts was another top story of 2015. The scientists tested ‘compound 29’ in an eye-drop formulation in mice carrying mutations that make them predisposed to cataracts. They found that the drops partially restored transparency to mouse lenses affected by cataracts. Similar results were seen when compound 29 eye drops were applied in mice that naturally developed age-related cataracts, and also when the compound was applied to human lens tissue affected by cataracts that had been removed during surgery.

In October, University of Nottingham researchers broke the news of their genetic discovery on how prostate cancer spreads. They identified a significant gene called miR137 that is switched off in prostate cancer cells. The loss of miR137 leads to enhanced androgen signalling which contributes to prostate cancer initiation and progression. The researchers’ study has identified many new potential targets for the next generation of drugs to treat prostate cancer.

7. The genetic cause of noise-induced hearing loss

Also in 2015, a team led by Christine Petit of the Institut Pasteur‘s Genetics & Physiology of Hearing Unit discovered the function of pejvakin, a molecule that plays a vital role in the hearing system. The absence of this molecule appears to be responsible for noise-induced hearing loss, one of the most common causes of deafness. The scientists now plan to look into possible techniques to restore the function of pejvakin, particularly using gene therapy, which has already proved successful in conserving hearing in mice lacking in pejvakin.

Another gene-related story makes our top 2015 list – gene therapy was shown to preserve vision in a study involving dogs with naturally occurring retinitis pigmentosa (RP). Even in dogs with later-stage disease, such therapy halted the loss of retinal thickness and preserved the structure of surviving photoreceptors. The findings contribute to the groundwork needed to move the therapy forward into clinical trials for people with the blinding eye disorder.

9. A new group of antibiotics

Antibiotics and antimicrobial resistance continue to be hot topics. In September, scientists from Virginia Tech made known their discovery of a new group of antibiotics that target Staphylococcus aureus and the antibiotic resistant strains commonly known as MRSA. The potential new antibiotics are unlike contemporary antibiotics because they contain iridium, a silvery-white transition metal. The researchers showed that the antibiotics effectively kill bacteria without inhibiting mammalian cells, despite containing the metal.

Last but not least, a recent story that has made it to our list is the December news that researchers from the Icahn School of Medicine at Mount Sinai tapped into publically available large-scale ‘Omics’ databases to identify new targets to treat influenza. By integrating multiple influenza A virus (IAV) host-pathogen ‘Omics’ databases, the team identified 20 previously unrecognised host proteins required for IAV replication. The study reflects a breakthrough approach using advanced computational designs to identify new factors that can be targeted to prevent viruses from spreading.