A collaboration between academia and industry has produced an assay and new screening technique which utilises directed evolution for the discovery of antibody-based drugs. 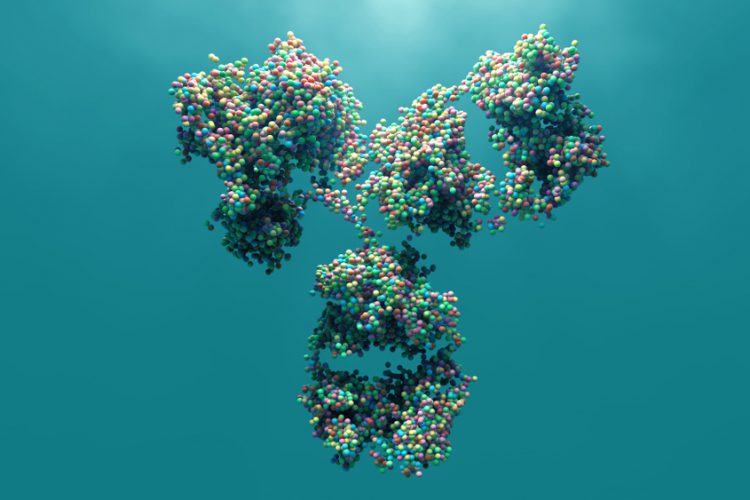 Antibodies are the body’s natural response to the presence of a foreign substance, such as disease-causing organisms or toxic materials. This makes their synthesis an attractive strategy for fighting a wide range of conditions.

Now, scientists have developed a high-throughput screening technique using an innovative assay that could significantly reduce the time taken when discovering potential new antibody-based drugs. Their study is published in the journal Nature Communications.

The challenges of manufacturing antibodies

Although antibody therapies can be highly effective for the treatment of many diseases, issues can arise when promising candidates are produced at a large scale. Stresses encountered during manufacturing can disrupt the structure of these fragile proteins, leading to aggregation and loss of activity. This prevents them from being made into a successful therapeutic. 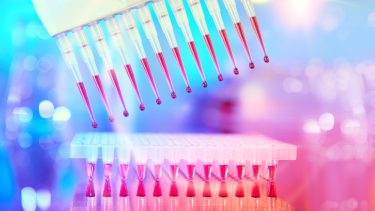 However, research from an eight-year collaboration between scientists at the University of Leeds, UK, and the biopharmaceutical company AstraZeneca has resulted in a technique that allows fragments of antibodies to be screened, in a high-throughput method, to test for susceptibility to aggregation caused by structural disruption much earlier in the drug discovery process.

Dr David Brockwell, Associate Professor in the Astbury Centre for Structural Molecular Biology at the University of Leeds, led the research. He said: “Antibody therapeutics have revolutionised medicine. They can be designed to bind to almost any target and are highly specific. However, a significant problem has been the failure rate of candidates upon manufacturing at industrial scale. This often only emerges at a very late stage in the development process – these drugs are failing at the last hurdle. Our research is turning that problem on its head.”

When developing an antibody-based drug, scientists are not restricted to a single protein sequence. Fortunately, there is often an array of similar antibodies with the same ability to lock or bind tightly to a particular disease-causing agent. This gives researchers a range of proteins to screen, to determine which are more likely to progress through the development process. 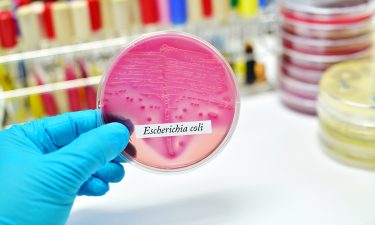 Target proteins are cloned into the centre of an enzyme that breaks down antibiotics in the bacterium E. coli. This enables scientists to directly link the antibiotic resistance of the bacteria to how aggregation-prone the antibody fragment is through their tripartite β-lactamase enzyme assay (TPBLA). A simple readout – bacterial growth on an agar plate containing an antibiotic – gives the scientists an indication of whether the target protein will survive the manufacturing process. If the proteins are susceptible to stress, they will unfold or clump together and become inactive, leading the antibiotic to kill the bacteria. However, if the protein chain is more stable, the bacteria thrives and will display antimicrobial resistance, growing in the presence of the antibiotic.

The scientists can then harvest the bacteria that have survived and identify the cloned protein sequence. That indicates which protein sequences to take forward in the development pipeline. According to the researchers, the whole cycle takes about a month and increases the chances of success.

The entire process can be taken a step further by utilising directed evolution, conducted on the assay; the scientists used the idea of natural selection where mutations or changes take place in the proteins, sometimes making them more stable.

Directed evolution could potentially generate better performing sequences that, at the current time, are not available, either in drug design or manufacturing.

Similar to natural selection, evolutionary pressure in this case is applied by the antibiotic – it selects bacteria that produce the protein variants that do not aggregate for survival.

The researchers explained how they can then harvest the required genes. The protein sequences hosted in the bacterial cells that have shown resistance are collected and their genes sequenced and scored to select the best performing sequences. After a quality check to ensure that the new antibody sequences still retain their excellent binding capability for the original disease-causing target, they can be taken forward for further development. 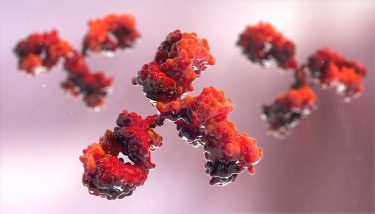 Professor Sheena Radford, Director of the Astbury Centre for Structural Molecular Biology, said: “There is tremendous excitement about this approach. We are letting evolutionary selection change the sequence of the proteins for us and that might make some of them more useful as drug therapies. Importantly for industry, nature does the hard-work – obviating the need for so-called rational engineering which is time- and resource-intensive.

“As we do this, we will be putting the sequence information we gather into a database. As the database grows, it may well be possible with artificial intelligence (AI) and machine learning to identify the patterns in protein sequences that tell us that a protein can be scaled up for pharmaceutical production without needing any experiments. That is our next challenge and one we are tackling right now.”

Dr David Lowe, who led the work at AstraZeneca, said: “The screening system that we have developed here is a great example of industry and academia working together to solve important challenges in the development of potential new medicines. By combining AstraZeneca’s antibody discovery and screening expertise, together with the Astbury Centre’s world-leading knowledge of protein structure and aggregation, we have produced a high-throughput method for rapidly evolving proteins with better biophysical properties that has the potential for wide scientific applicability.”

The power of collaboration

Professor Radford said: “The collaboration that has existed between the team of scientists within the University of Leeds and AstraZeneca demonstrates the power of industry and academia working together to tackle what has been one of the major roadblocks preventing the efficient and rapid development of these powerful therapeutic molecules.”