Chimeric antigen receptor (CAR) T-cell therapies have produced encouraging clinical outcomes, demonstrating their therapeutic potential in mitigating tumour development. However, another form of T-cell immunotherapy based on T-cell receptors (TCR) has also shown great potential in this field. Here, Nikki Withers speaks to Miguel Forte who elaborates on the process and explains why he is excited about seeing an idea translate into an industrial proposition. 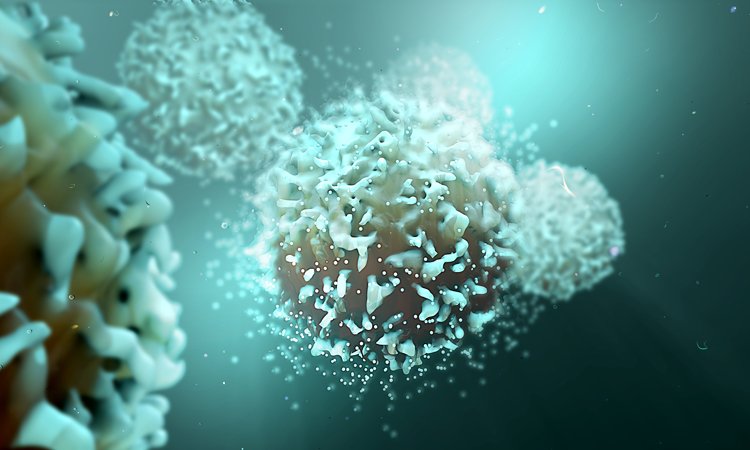 STIMULATING the natural defences of a person’s immune system to kill cancer cells, known as immunotherapy, has become a novel and exciting approach to treat cancer. For example, the role of T cells in cell-mediated immunity has inspired the development of several strategies to genetically modify T cells, such as chimeric antigen receptor (CAR) T-cell therapy, to target cancer cells. In recent years, CAR T-cell therapy has received much attention from researchers and the press alike, and the landmark approval and clinical successes of Novartis’ Kymriah (the first FDA-approved treatment to include a gene therapy step in the United States) and Gilead/Kite Pharma’s Yescarta (the first CAR T-cell therapy for adults living with certain types of non-Hodgkin lymphoma) has prompted a surge of further research. However, this approach – which involves isolating cells from a patient, bioengineering them to express CARs that identify and attach to tumour cells and injecting them back into the patient – has several limitations, according to Miguel Forte, former CEO of Zelluna Immunotherapy and currently CEO of Bone Therapeutics.

Forte has been working on a T-cell immunotherapy approach that primarily focuses on the T-cell receptors (TCRs). Similar to CAR therapies, TCR therapies modify the patient’s T lymphocytes ex vivo before being injected back into the patient’s body. However, they differ in their mechanisms for recognising antigens. “CAR T-cell therapy can be compared to a policeman, with a photograph of the criminal, being able to identify them on the street,” explained Forte. “It is an artificial way of guiding those cells to the cancer when the cancer cells are in suspension. The difficulty with CAR is that it cannot always penetrate and deliver an effect in solid tumours. TCR therapy, which utilises the natural mechanisms that T cells use to recognise the antigen and therefore the cancer, is better suited to penetrate the tumour – ie, the policeman is able to go inside the building where a criminal is hiding.”

It is obviously more costly at the beginning of the development when you are fine tuning your process, compared to when you progress to a larger scale as you approach the market”

Of note, this approach targets the TCR- peptide/major histocompatibility complex (MHC) interaction, which enables eradication of tumour cells. Intracellular tumour-related antigens can be presented as peptides in the MHC on the cell surface, which interact with the TCR on antigen-specific T cells to stimulate an anti-tumour response. “Imagine you, or the cells, are not just a soldier in an army but a captain that can bring other immune cells into the mix. TCRs and these cells, once they go in, have a direct kill activity and an immunostimulatory activity to other cells to have a more comprehensive effect of killing the tumour cells.” Forte concluded that this approach is scientifically appealing and could bring value to a large array of solid tumours.

The benefits of TCR therapies are evident; however, as with all new approaches, it is not without its challenges. The first relates to the manufacturing of these therapies; the process requires extracting patient material, changing it and then returning it to the patient. “Unlike drug discovery with small molecules where you have an inert, well-defined, chemically-established component, with biologics you go up a notch in terms of complexity,” Forte explained, adding that while small molecules are unidimensional, biologics are three-dimensional and, thus, more complex and challenging to manufacture. “You need to remember that your product, the cells, are a living being. It is something that replicates, changes and responds to its environment. This makes it a lot more challenging to characterise and define the right specifications of the product. The initial challenge is to put in place a consistent and reliable manufacturing process.” 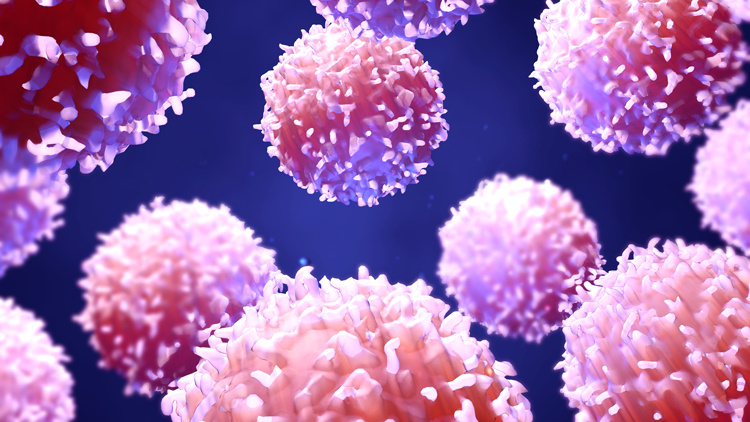 Generating the necessary pre-clinical data can also prove challenging; studies are easier to conduct in animal models when you are working with chemical entities rather than human cells, according to Forte. Finally, when the product does get to clinic, there are elements of manufacturing, supply and logistics that can prove challenging; however, companies are starting to provide solutions for this. “Working in cell and gene therapy we need to apply what we have done with other products,” explained Forte. “You need to adapt to the complexity and diversity of the product you have in hand. Here, you have a live product. Something that responds. It is similar to having a child; you can modulate it, but you can never fully control the behaviour of something you are shaping.”

Bringing a new drug to market, from drug discovery through clinical trials to approval, can be a costly process, especially when developing cell-based therapies. “These are more expensive than developing chemistry or biologics, but when biologics started to be developed, they were also very expensive,” explained Forte. “We are now seeing a reduction of those costs as more companies are developing products and consequently more solutions are surfacing.”

Forte was involved in developing his first cell therapy product about 10 years ago. “At this time, it was difficult; a lot of solutions you had to build in house. Nowadays, you can import this from solutions already available so you can concentrate on the specificity; for instance, the viral vector for gene editing your cells or the cytokine concentration for the expansion of your cells.” He added that as these therapies grow, so too does the competition, resulting in reduced costs. However, the price and return on investment must correlate with benefit. “It is obviously more costly at the beginning of the development when you are fine tuning your process, compared to when you progress to a larger scale as you approach the market.”

The well-publicised success story of Emily Whitehead – a six-year-old leukaemia patient who was one of the first patients to receive CAR T-cell therapy – is a prime example of the success of immunotherapy treatments. “Even though these patients may need to continue medications, they can live a relatively normal life. The gene- edited cells remain in the individual and continue to control the cancer by restoring the immune system’s capabilities,” said Forte. He hopes that similar results will be seen with TCR therapies: “Hopefully, a significant fraction of patients will have a clinical and biological response that will reduce the tumour bulk, give them a quality life and remain doing so by controlling the cancer for a significant amount of time.”

Forte concluded that the possibilities for TCR- based immunotherapies are exciting and hopefully products will be developed that will deliver an immediate and sustained effect in cancer patients.

Miguel Forte is currently the CEO of Bone Therapeutics and visiting Professor at the Lisbon University in Portugal. He also serves as Chief Commercialization Officer and Chair of the Commercialization Committee of the International Society of Cellular Therapy (ISCT) and is Member of Board of Directors of ISCT and ARM. Miguel was CEO of Zelluna Immunotherapy until the end of 2019. Miguel holds a master’s degree from the Faculty of Medicine of the University of Lisbon, Portugal, a PhD in Immunology from the University of Birmingham, UK, an accreditation as Specialist in Infectious Diseases and a certificate on Health Economics of Pharmaceuticals and Medical Technologies (HEP). He is Fellow of the Faculty of Pharmaceutical Medicine of the RCP in the UK.