Genomic assays: on the brink of revolutionising human healthcare

Detailed knowledge of the human genome can provide us with extensive information about the causes of disease and how patients will respond to treatments. In this article, Pushpanathan Muthuirulan explores the concept of genetic testing and the potential for pharmacogenomic testing to transform healthcare. 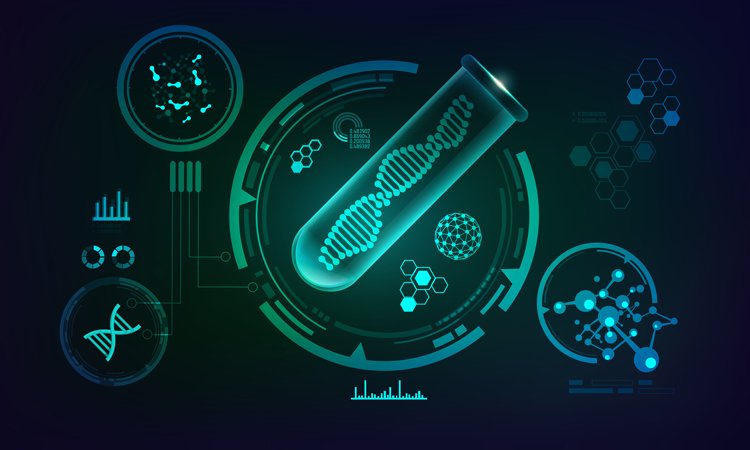 Genomic assays offer enormous potential for improving human health. Recent advances in high-throughput genomic assay technologies have enabled development of more rapid and accurate genetic testing methods that can survey the entire human genome and pinpoint the genetic defects associated with diseases. Genomic assays offer deeper insights into disease causation in families and have improved our ability to diagnose and treat genetic disorders by targeting specific genetic subsets. The rapid pace of the discovery of genetic changes associated with disease has enabled researchers to predict the risk of genetic disorders in asymptomatic individuals, offering tremendous potential for unlocking value in precision medicine. Thus, genomic assays are on the cutting edge of medical innovation, offering resources to clinicians and healthcare providers for patient care and driving the future of medicine.

Genetics plays a significant role in how people look and act, and can even contribute to an individual becoming sick. Many human diseases involve genetic components that can be identified and diagnosed at birth or during childhood.1 Genetic disorders can be the result of genetic abnormalities that can be inherited from parents to offspring at the time of conception. There are more than 6,000 genetic disorders, some of which can cause detrimental health effects.2 Genetic disorders can be single-gene disorders, chromosomal disorders and multifactorial disorders. Single-gene disorders are caused by abnormalities (mutations or variants) of a specific gene in the human genome, while chromosomal disorders are often caused by abnormalities (missing or changed) in chromosomes that can be numerical or structural. Multifactorial disorders are complex disorders without a single genetic cause; rather it involves abnormalities associated with multiple genes in combination with environmental factors and lifestyle.3 Unlocking the secrets behind the human genome would allow us to better understand most diseases and conditions that have genetic components. Some genetic disorders such as sickle cell diseases are caused by mutations in genes and are known to be inherited from parent to offspring,4 while other diseases such as cancer and some forms of neurofibromatosis are not inherited from parents but occur due to environmental factors such as cigarette smoking.5 Recent advances in high-throughput genomic assay technologies have allowed researchers to unravel the wealth of genetic data that has the potential to dramatically improve human health. 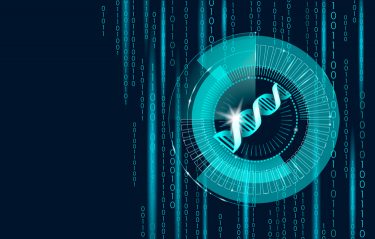 Genomic assays are rapidly growing next-generation laboratory testing approaches that could revolutionise the way that doctors diagnose and treat genetic disorders. There are many kinds of genomic assays available with which to analyse the genetic components involved in diseases that could help predict the recurrence of diseases. Eventually, genomic assays could be used more frequently to make treatment decisions based on the risk of recurrence of diseases. The rapid pace of the discovery of genetic factors in disease has also improved our ability to predict the risk of genetic disorders in asymptomatic individuals.6 In recent years, high-throughput genomic assay technologies have been widely used to identify the changes in genes or chromosomes to confirm or rule out the suspected genetic changes in an individual or help predict an individual’s chance of developing or passing on a genetic disorder. Knowing the specific mutation associated with a particular disease by genetic assays can help guide the type of treatment that a person receives. Genetic testing prior to initiating drug therapy is also important to determine whether the disease is likely to respond to certain drugs and the patient benefit from them.7 Nearly 1,000 genetic assays are currently in use and more are being developed. Genetic assays can offer much faster results by rapidly sorting through the saliva or blood samples collected from the suspected individual. There is no single genetic assay that can detect all genetic conditions. The method for genetic testing is individualised based on a patient’s medical history and the conditions the patient is being tested for. Thus, the genomic assays offer deeper insights into disease causation in families and improves our ability to diagnose and treat genetic disorders by targeting specific genetic subsets.

Human genetic variants are typically referred to as either common or rare. Genetic variants reside in both coding and non-coding regions of the human genome and are divided into two different classes: single nucleotide variants and structural variants. The ability to detect genetic variants in the human genome has enormous potential in disease diagnosis and therapeutics and it also helps us to define unique traits associated with the disease.8 Genome-wide association (GWA) studies are the most widely used approach to associate specific genetic variations with particular diseases. The GWA study approach is also instrumental in understanding the biological architecture of disease and human variation9 and provides novel insights into disease pathophysiology and novel therapeutic targets to treat disease. In GWA studies, the polygenic risk scores (PRS) derived, based on an individual’s genome sequence, are emerging as a potentially powerful tool to predict the risk of developing diseases. For instance, the genome-wide PRS was able to predict coronary artery disease (CAD) in French Canadians and this will likely pave the way towards more targeted strategies to predict and prevent CAD-related adverse events.10 Therefore, linking genomic information to health outcomes will enhance our ability to understand and treat common genetic diseases.

Genomic assays are on the cutting edge of medical innovation and I expect they will drive the future of medicine in terms of disease diagnosis, clinical decision making and targeted therapies”

The advent of high-throughput molecular assay technologies has brought significant advancements in understanding the biology of many genetic disorders at the molecular level and has also improved our ability to develop innovative molecularly targeted therapies, as well as diagnostic biomarkers, in selecting appropriate treatments for individual patients.11 In particular, the establishment of molecular assay technologies such as single-nucleotide polymorphism (SNP) arrays, gene expression microarrays and protein arrays has enabled the discovery of promising new biomarkers and the development of disease-relevant genomic signatures for clinical decision making and personalised medicine. Many biostatistical or computational methods have been successfully used in the development of genomic biomarkers. A convergent technological breakthrough has enabled the construction of a comprehensive pipeline for biomarker discovery that includes candidate discovery, qualification, verification, research assay optimisation, biomarker validation and commercialisation.12 Thus, a deep understanding of the relevance of each biomarker could help in disease detection and classification, individualised treatment response prediction, treatment efficacy and prognosis. Genomic biomarker discovery also opens the door to tailoring therapy with the best response and offering considerable information to guide treatment decisions.

Exome sequencing is a high-throughput genomic technique that can be used to sequence all the protein-coding regions of the genes in the genome. This technique has been increasingly used in healthcare research to uncover the genetic changes that are involved in the condition of interest. In particular, exome sequencing has been found to be more effective in elucidation of the genetic defect underlying heterogeneous disorders.13 In previous studies, exome sequencing has been used for genetic diagnosis for patients suffering from immune deficits, which has provided insights into the molecular mechanisms of primary immunodeficiency disorders (PID) and helped offer customised treatment options to patients with PID.14 In exome sequencing, the samples are typically sequenced to a greater depth and the reads are focused on only two percent of the genome that leads to less time and reduced cost. Thus, the application of exome sequencing is increasingly evident in the testing of genetic disorders and can help determine whether new genetic variations are associated with health conditions, which will aid disease diagnosis in the future. 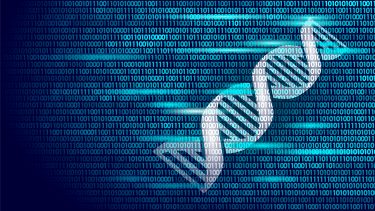 Pharmacogenomics is the study of how inherited genetic differences impact the way drugs or medications affect a person. Individuals’ genetic differences can impact the absorption and metabolism of certain drugs and thereby influence the drug response. Pharmacogenomics is also known as ‘drug-gene’ testing that helps healthcare providers determine the best medication for patients.15 Pharmacogenomic tests mainly involve looking at the changes or variants in the genes that would determine whether the prescribed drug can be an effective treatment for the patient or whether the patient may experience side effects using a specific medication. A recent clinical trial has shown that pharmacogenetic-guided treatment of major depressive disorder (MDD) results in higher treatment response rates by matching patients’ genetic makeup to medications and avoiding a trial-and-error process.16 Pharmacogenomic testing avoids adverse drug reactions and also helps reduce the time and cost associated with a trial-and-error approach to treatment.

To conclude, genetic testing has the potential to provide novel diagnostics and therapeutics for patients suffering with genetic disorders. Genetic testing is beneficial for many reasons, including the discovery of genetic diseases in unborn babies, assessing whether people carry a faulty gene(s) that might be passed on to their children, screening embryos for genetic diseases, testing for genetic diseases in adults before they show symptoms and devising the best drug for effective treatment of genetic diseases. Thus, genomic assays are on the cutting edge of medical innovation and I expect they will drive the future of medicine in terms of disease diagnosis, clinical decision making and targeted therapies. 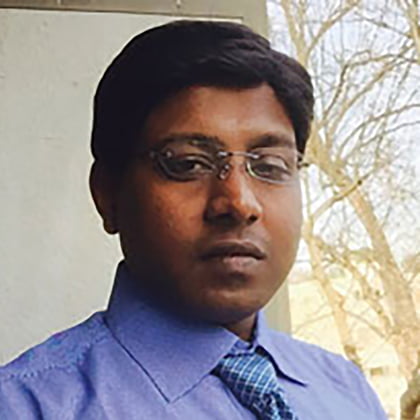 One response to “Genomic assays: on the brink of revolutionising human healthcare”