Championing genomics in the UK

Professor Sir John Bell, Regius Professor of Medicine at the University of Oxford, delivered a speech at the MHRA’s 14th Annual Lecture in London, outlining his vision for the UK life sciences industry. Here, Nikki Withers summarises the key take-home messages from the talk, including how UK researchers and investors should grab the bull by the horns and adopt a less risk-averse approach to research ideas, particularly in the genomics arena. 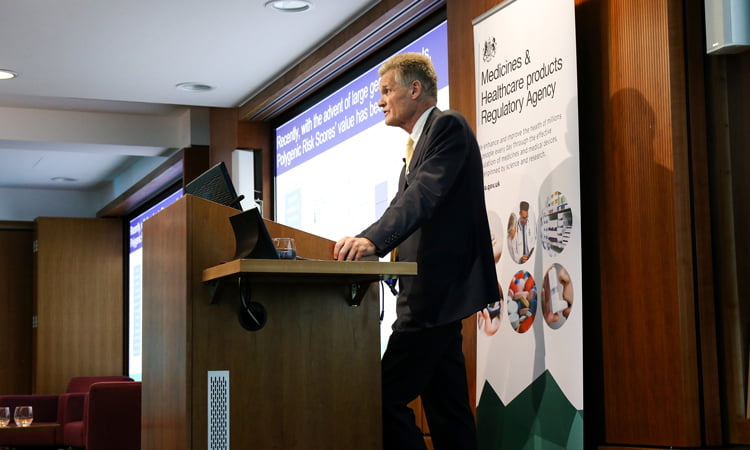 FROM THE discovery of antibiotics to the 100,000 Genomes Project, the UK has for many years played a leading role in health innovation and medical science. However, to ensure the country continues to be a key R&D player, focus needs to shift towards the next generation of therapeutics.

Looking forward, Professor Bell predicts that scientific research will focus on viral vectors and nucleic acid-based therapies over the coming years. Addressing an audience of about 200 healthcare leaders from the Life Sciences community, he stressed how important it was for the UK to jump on these opportunities. “Despite being discovered in Cambridge, the UK was slow to exploit antibody technology to scale,” he explained. “It is crucially important we don’t miss the next platform.”

Appointed UK Life Sciences Champion by the Prime Minister in 2011 and author of the Life Sciences Industrial Strategy, Professor Bell has been at the forefront of the life sciences sector for many years. His vision is for the UK to focus on three key areas: genomics, digital health and early diagnosis.

Leaders in the genomics domain

The UK has a long history of genetics research, arguably originating from Darwin and his theory of evolution, according to Professor Bell. “We are, without a shadow of a doubt, the leading country in the world in the genomic domain.” He highlights two major projects: UK Biobank and Genomics England’s 100,000 Genomes Project, both of which push the UK up the ranks as leaders in genomics research.

UK Biobank is a global health resource that provides health information of 500,000 participants to researchers. Genotyping has been undertaken on all participants, providing a wealth of genomics information. Likewise, the ground-breaking 100,000 Genomes Project, launched by then-Prime Minister David Cameron in 2012 and led by Genomics England, is another example of a UK genetics programme that delivers large-scale data and is accessible for research scientists around the world.

The UK has a spectacular science base. We’ve got three of the top 20 medical research programmes and two of the top universities in the world.”

However, Professor Bell pointed out that the main challenge associated with this fast-moving research area relates to regulations. “Gene editing, nucleic acid-based therapies, these are going to be the next big thing,” he said. “In genomics we need to regulate an expanding set of genetic tests where the indications and tools change daily, so the big question is how to get them regulated.”

Professor Bell also stressed his desire for researchers and investors to support high-risk science. “Generally, investors don’t want to invest and there is the dampening effect of peer review. The really interesting and high-risk stuff tends to get killed,” he professed.

Concluding the talk, Professor Bell said: “The UK has a spectacular science base. We’ve got three of the top 20 medical research programmes and two of the top universities in the world. We’ve got the largest biotech cluster outside of the US and the largest and most innovative drug regulator in Europe. For a pretty dinky island in the North Sea, we’re doing pretty well.

“We need to get academia, the NHS and industry – pharma, biotech, diagnostics and digital – aligned to think hard about what the future of the UK might be and to identify the next opportunities to grow our research and economic base in the life sciences.”

‘The future of Life Sciences: Keeping the UK at the forefront of medical and scientific excellence’, was hosted by the MHRA on 9 October 2019 at The King’s Fund in London. 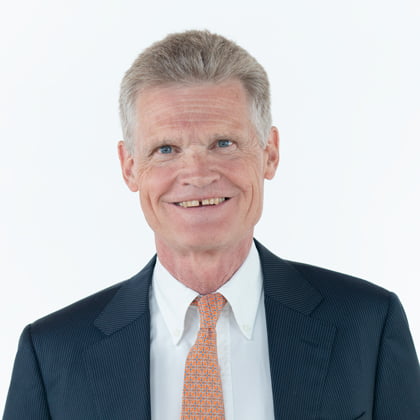