Currently, there is no licensed treatment to slow or stop the progression of Parkinson’s disease. However, a team at Sheffield University in the UK are currently working to identify compounds that target the dopaminergic brain cells affected by the disease. Nikki Withers speaks to Dr Heather Mortiboys to hear how their work could potentially slow disease progression. 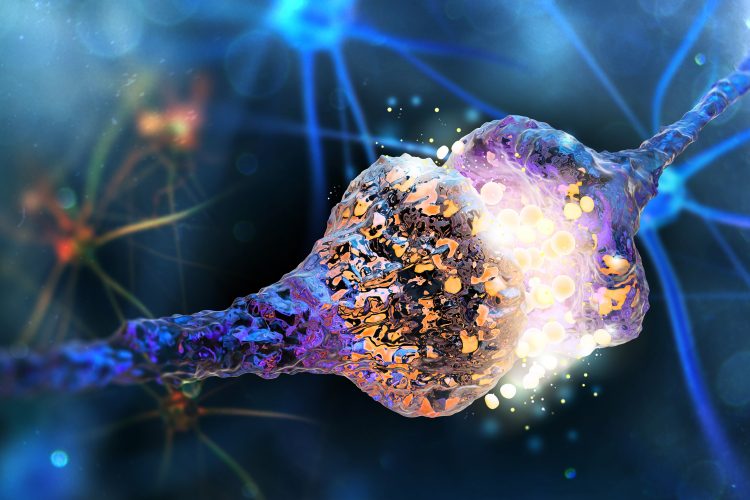 Presenting as the second most common neurodegenerative condition after Alzheimer’s, Parkinson’s disease affects 148,000 people in the UK alone. “Most people present to their doctor with movement symptoms, such as a tremor, which is a classical symptom and what people often associate with Parkinson’s,” explains Dr Heather Mortiboys, from the University of Sheffield’s Institute for Translational Neuroscience (SITraN) and the University’s new Neuroscience Institute. “However, there are other symptoms that occur prior to the movement symptoms, such as loss of sense of smell, autonomic disturbances such as constipation and disordered sleep, particularly in REM sleep.”

Most patients with Parkinson’s are termed sporadic or idiopathic; meaning the cause of the disease is unknown. Only about 10 percent of patients develop Parkinson’s through a known gene mutation, although some genetic association studies have identified several genes that might increase a person’s risk of developing Parkinson’s, according to Dr Mortiboys, who adds that this does not mean that the person will develop the disease.

Dr Mortiboys has been working in Parkinson’s research for over 18 years and currently holds several senior positions, including Senior Research Fellow for Parkinson’s UK. When asked about the aetiology of the disease, she explains: “We know the type of brain cells that are lost in Parkinson’s. They are in a specific brain region – the midbrain – and they contain the neurotransmitter dopamine. However, we don’t know why these cells fail to function properly.”

Dr Mortiboys’ main research focus of late has been understanding what causes these dopaminergic cells to die in Parkinson’s patients. “If we can identify what is happening at the cellular level, then we can try to target them with drug therapy to stop them dying, or at least slow it down,” she explains. Her team has focused their research on the cell’s ‘powerhouse’ – the mitochondria. “Dopaminergic brain cells are heavily reliant upon their mitochondria. We know that in people with Parkinson’s, the mitochondria don’t function properly, but we don’t really understand the reason why. We also don’t know whether we can increase that function and if so, whether that will stop or slow the brain cells from dying.”

To study the function of the mitochondria in patients with Parkinson’s, the team took skin biopsies from the forearms of patients and cultured the cells in the laboratory. “We took a large number of skin cells from a variety of different people with Parkinson’s; some with a genetic type that causes early-onset Parkinson’s, some with a genetic type that causes later-onset Parkinson’s and then the largest group of patients was those with an unknown cause,” explains Dr Mortiboys. Once the skin cells had been obtained, the researchers were able to investigate how well the mitochondria, and the associated pathways, functioned. “As expected, we found that in all the patients, the mitochondria were not functioning properly in their skin cells. We also noticed that there were problems with the cells’ recycling pathways.”

The next stage of their project was to identify a compound that would have a beneficial effect on boosting mitochondrial and lysosomal function. “We started off with all of the drugs that are currently in clinical use, which was around 5,000,” says Dr Mortiboys, noting that when developing a drug for neurodegenerative conditions, it needs to pass through the blood-brain barrier. “Instead of screening all 5,000 drugs in the laboratory, we performed in silico computer screening to rank the compounds in their ability to pass through the blood-brain barrier.”

Once the initial computer-based screening had been performed, the team ran a secondary screen to rank the compounds on their clinical characteristics. “We looked at their known side effects, metabolism and dose range,” says Dr Mortiboys. “We ended up with a rank list of all the clinically in-use compounds and then screened the top ranked of these compounds in the patient’s cells for their beneficial effect on the mitochondria in the skin cell.”

Since their initial work focused on patient’s skin cells, the team needed to validate their findings in dopaminergic brain cells, which are lost in Parkinson’s. “This can be particularly challenging because we can’t easily take a brain biopsy from a patient,” says Dr Mortiboys. The team therefore used a 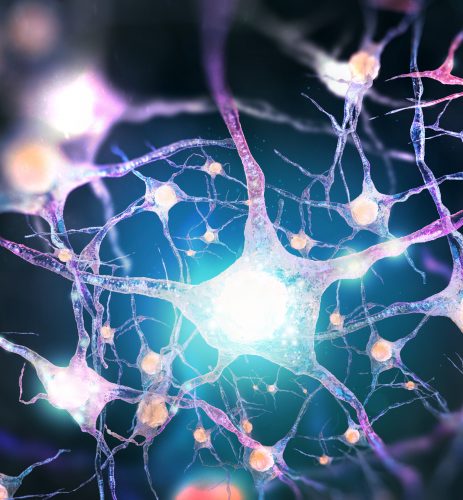 reprogramming technique utilising the patient’s skin cells to generate induced neuronal progenitor cells. “We used a slightly modified protocol, which doesn’t take the cells all the way back to being stem cells,” explains Dr Mortiboys. “Our method takes them to an intermediate, which can only become brain cell types. Crucially for us, it doesn’t take them back to the embryonic state.” The reason for this is that age is one of the biggest risk factors for Parkinson’s and many other neurodegenerative conditions. “We didn’t want to wipe all the age-associated changes in the cell; so, with this reprogramming technique, we retained the changes that had happened throughout the cell’s lifetime while still producing a high percentage of dopaminergic cells.”

Once these cells had been cultured, the team studied their mitochondrial function and observed that they were far more defective in the patients’ brain cells than in their skin cells. “This showed us that it did matter which cells we were looking at – it really was a problem with the mitochondria in the dopaminergic brain cells,” explained Dr Mortiboys.

Building on their previous work, the team then looked at the beneficial effects of the previously identified compounds on the dopaminergic brain cells. “We had identified several compounds that boosted mitochondrial function in the skin cells and we wanted to see their effects on the brain cells. For example, would they stop them dying off? Are they healthier when they have been treated with the compound? Do their neuronal features change?”

Dr Mortiboys explains that they were able to identify compounds that had a beneficial effect, and this will be the focus of their research over the next year. “With funding through the Virtual Biotech Programme – the drug development arm of charity Parkinson’s UK – our aim is to take several of these lead compounds and chemically modify them. We’ll then test these chemically‑modified compounds in the dopaminergic patient‑derived system.”

The aim is for the team to identify a lead molecule that retains mitochondrial function and can be progressed through the drug discovery pipeline.

As with all drug discovery research, there are several challenges the team must address. “I think, going forward, the challenge for this project will be to fine tune the chemical lead compounds to dial up the beneficial effects and dial out the less desirable effects. Then, of course, there is the challenge of being able to test something in the laboratory and have confidence that it will translate into a beneficial effect in the clinic,” says Dr Mortiboys.

Commenting on Dr Mortiboys’ research, Richard Morphy, Drug Discovery Manager at Parkinson’s UK, said: “This is an exciting new approach that could rescue defective mitochondria inside neurons to prevent dysfunction and degeneration of dopamineproducing brain cells. We hope the project will identify a superior group of molecules that could one day deliver a life-changing drug for people living with the condition.”

The main symptoms of Parkinson’s disease are:

A person with Parkinson’s disease can also experience a wide range of other physical and psychological symptoms. These include: depression and anxiety, balance problems, loss of sense of smell (anosmia), problems sleeping (insomnia), memory problems.

Parkinson’s disease is caused by a loss of nerve cells in part of the brain called the substantia nigra, which leads to a reduction of dopamine in the brain. Dopamine plays a vital role in regulating the movement of the body. The exact cause of the loss of nerve cells is unclear. Most researchers think that a combination of genetic and environmental factors is responsible.

Dr Heather Mortiboys gained her PhD from the International Max Planck PhD Program in Dresden, Germany in 2006. She then worked in the Neurology department at the University Hospital Dresden as a research associate on an EU funded project investigating co‑enzyme Q deficiency in patient tissue. Heather joined the Neuroscience department at the University of Sheffield to set up mitochondrial investigations in models of Parkinson’s disease working as a postdoctoral research associate with Professor Oliver Bandmann. She recently became a Parkinson’s UK Senior Research Fellow based within the Sheffield Institute for Translational Neuroscience (SITraN) to continue and expand this work setting up her own laboratory. 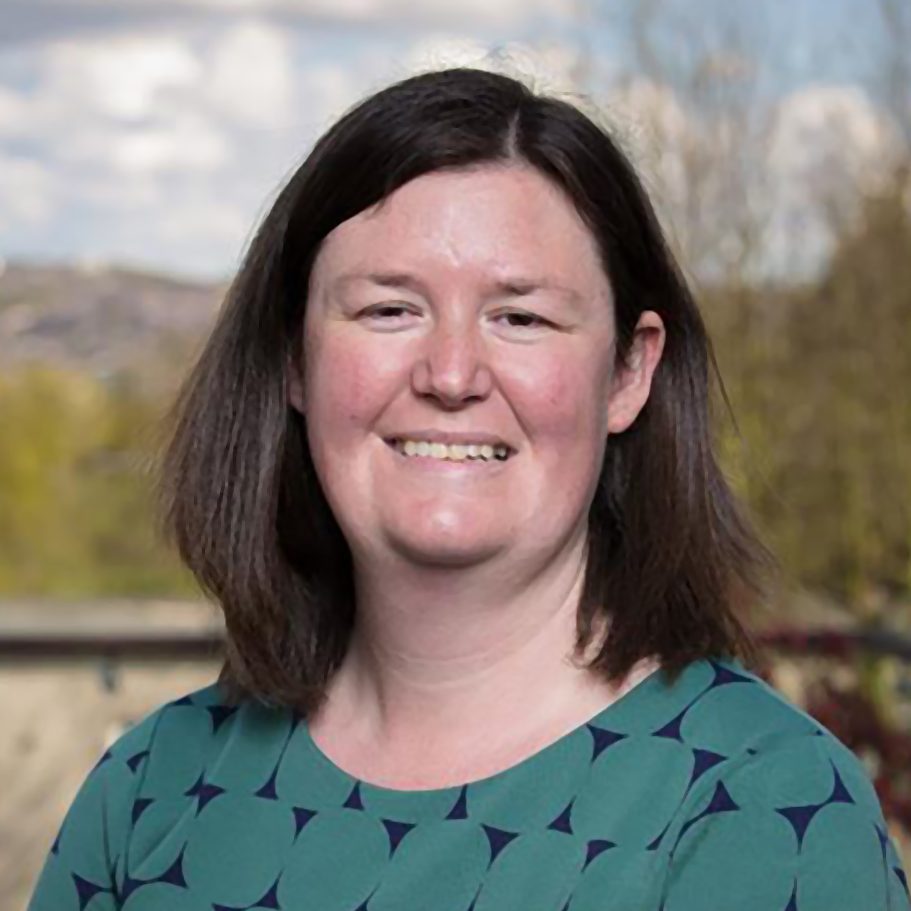