There are many people with a stoma living in the community in the UK.  A commonly reported problem with living with a stoma is a poor quality of life because of uncertainty and doubts in the mind of the person with a stoma. The focus of this article is reviewing some of the literature on quality of life and stomas that are relevant to the community nurse.  Then extrapolating from the published research ways in which how the community nurse can assist people to adapt and cope with their stoma.  Adaptation and acceptance of the stoma for most people does occur overtime. 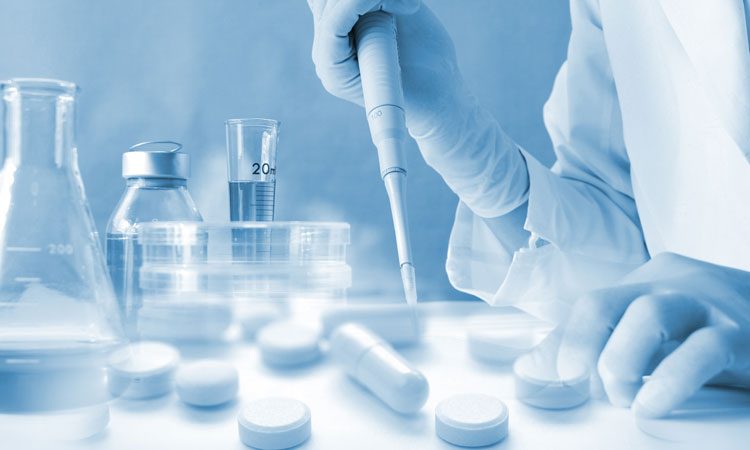 There are over 100000 people in the UK with a stoma (Black 2009); with about 9000 being formed each year.  The most common stomas are the colostomy, ileostomy and urostomy.

A colostomy may be formed for a person with a rectal cancer or diverticular disease for example.  A colostomy is formed from the large bowel or colon.  A colostomy will pass flatus and formed faeces into a closed appliance about once daily.  The colostomy appliance is replaced on average each day.

An ileostomy can be formed for diseases such as ulcerative colitis or Crohn’s disease.  An ileostomy is formed from the small bowel or ileum.  An ileostomy will pass flatus and loose faeces into a drainable appliance that is fastened with Velcro; that requires emptying about four to six times each day.  The ileostomy appliance is replaced on average daily to every three days.

A urostomy can be formed for a bladder cancer or interstitial cystitis for example.  A urostomy is also known as an ileal conduit and is formed from a segment of ileum.  A urostomy will pass urine and a small amount of mucus; the latter is formed by the bowel used as the conduit, into a drainable appliance that is fastened with a tap or bung.  The urostomy appliance needs to be emptied about four to six times daily and the appliance is changed on average every day or two.

There are many issues that can affect an ostomate.  The focus of this article is quality of life and the ostomate.

A good quality of life is different for each individual but can be seen as the person’s ability to enjoy activities; this can include work, hobbies, meals out and personal relationships.   Having the formation of a stoma can affect the quality of life of a person.

Body image is changed when a stoma is formed by the surgical scars and the stoma itself.  Body image can be described as how a person feels about themselves in their mind and in reality; which can be quite different.  Potentially ostomates may have a negative body image; especially in the immediate postoperative period.  A negative body image can mean that a person sees their body unlike it really is.  They are concerned that people will see them as unattractive; they may be self-conscious, uncomfortable and awkward in their body.  It is anticipated that over a period of time the ostomate will adjust to their changed body.  They will become more positive and have a clearer perception of how their body looks; realising that their physical appearance does not define them and they become more comfortable and confident with their body.

There are several international questionnaire-based studies that have been undertaken to examine quality of life for people with a stoma.  Carlsson et al (2010) in Sweden undertook research on people undergoing stoma forming surgery for rectal cancer, examining the concerns and health-related quality of life compared to the population norm.  The participants identified a number of factors that they considered important for maintaining quality of life that included good relationships with significant others, social activities, health and leisure activities.  They considered that obstacles to achieving a good quality of life included pain, fatigue, concerns over their new life and illness induced limitations to life. They conclude that having stoma forming surgery for rectal cancer raises concerns and profoundly impaired quality of life for several months after surgery. Thus for the community nurse it is important to understand that having a stoma formed affects many aspects of a person’s life and this is ongoing for multiple months.  The community nurse can assist by addressing issues that impede recovery such as pain or worries.

Nichols (2015) undertook a health-related quality of life study on 2329 people with a stoma compared to the community-dwelling population of America.   He reported that ostomates were more likely to experience limitations in vigorous or moderately exertive activities and more likely to have physical limitations when compared to the general population.  Thus it can be seen that the community nurse can advise patients when activities are safe to be undertaken after stoma forming surgery.  This can be difficult as each person recovers differently and has different comorbidities that can also affect them.  Many people may not resume activities for fear of damaging their stoma; this is unlikely to occur but there are stoma shields available to protect the stoma from inadvertent damage; the stoma specialist nurse can arrange this.  The community nurse can offer guidance about activities that are safe; for example walking is suitable for all patients as soon as they are discharged home from hospital.  Heavy activities might need to wait for up to three months; with a gradual increase of activities as tolerated.  There is evidence that wearing a support belt and undertaking abdominal exercises can prevent the formation of a parastomal hernia (Thompson and Trainor 2007); the hernia support belts can be supplied by the stoma specialist nurse.  Therefore the community nurse can encourage and promote the person to wear their support belt and to perform their abdominal exercises, to prevent the formation of a parastomal hernia and offer advice on gradually incorporating activities into the ostomate’s daily routine.

Riemenschneider (2015) undertook a study of 51 American stoma patients; most (54%) indicated that they were self-caring with their stoma.  In the UK it is expected that many more would be self-caring before being discharged home from hospital.  She summarised that there is a strong association between certainty and adaptation for people with a stoma.  Explaining that the more uncertainty a patient experiences following formation of their stoma the more difficult it is to adapt to having a stoma.  Thus it can be seen that although the stoma specialist nurse plays an important role in caring for ostomates, the community nurse also is invaluable in the process of adapting and learning to incorporate the stoma into the person’s lifestyle by offering advice on how to become proficient in the care of their stoma for example.

Zhang et al (2015) report that learning to care for the stoma was the most important predictor for adjusting to the stoma for 207 Chinese people questioned.  Other important factors in the process of adjustment were ostomates accepting their stoma, not having concerns about their body image and having a good family relationship.  Interestingly about 30% of respondents considered that they had basically no change in body image while 40% considered there was a big change.  About 20% totally accepted their stoma whereas about the same number could not accept the existence of their stoma.  About half of the participants experienced problems with their stoma such as excessive noise and these issues adversely affected adjustment to their stoma.  Thus it can be seen that the community nurse can help ostomates in a variety of ways to adjust to living with their stoma, such as giving advice on caring for the stoma and dealing with stoma issues that affect the ostomate or referral to specialist care if needed.

Scardillo et al (2016) from America examined resilience and stoma adjustment in 48 people.  They report that people with higher levels of resilience adjusted better to their stoma.  Resilience can be seen as positive adaptation or the ability to thrive in the face of adversity and people with these characteristics are more likely to engage in health promoting behaviours than people who are less resilient.  Thus community nurses can assess the different ways in coping to ensure that ostomates are adjusting to having a stoma; while some people will thrive due to their nature, others may require additional nursing support to adapt.

Krouse et al (2009) report from their study of veterans with a stoma that the most frequently expressed issues included a need for positive thinking.  The coping strategies described included the use of humour, appreciating positive changes from the stoma forming surgery and normalising life with a stoma.  They conclude that healthcare professionals can provide assistance by encouraging ostomates to be self-caring and providing advice as needed.  Thus community nurses can use their communication skills and humour (if appropriate) to promote self-caring with the stoma and try to establish ways in which the stoma can be incorporated into the patient’s life.

These studies show that there are a number of quality of life related issues that the community nurse can assist ostomates with.  This can include support provided through advice and conversation in how to care for the stoma, how to incorporate the stoma into their lifestyle and also assessing when the ostomate needs to be referred to other services for more specialist advice.

Carlsson E, Berndtsson I, Hallén A-M, Lindhom E, Persson (2010)  Concerns and quality of life before surgery and during the recovery period in patients with rectal cancer and an ostomy.  Journal of wound ostomy and continence nursing.  37(6): 654-661.

Scardillo J, Dunn KS, Piscotty (2016) Exploring the relationship between resilience and ostomy adjustment in adults with a permanent ostomy.  Journal of wound ostomy and continence nursing.  43(3): 274-279.