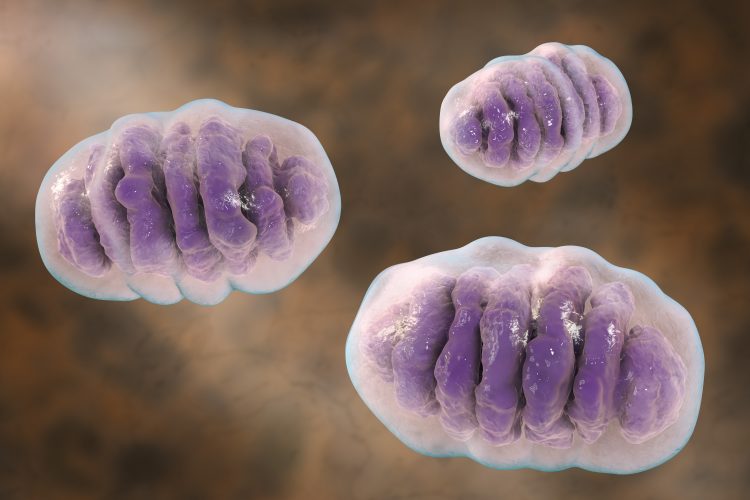 This review discusses the latest findings in this field obtained in PD patients and in animal and cellular models of PD with focus on the effects of pharmacological agents on mitochondrial biogenesis, fission, fusion, mitophagy machinery, and transcription of endogenous cytoprotective antioxidant enzymes. We also present data concerning the technologies for research and screening of novel bioactive molecules to target mitochondrial dysfunction in Parkinson’s disease.

The first strategy focuses primarily on the area of bioactive molecules to the mitochondria.6 Lipophilic cations such as triphenylphosphonium (TPP), Szeto-Schiller (SS) peptides and the mitochondria-penetrating peptides (MPPs) were used to direct small molecules to the mitochondria.7 Specifically, the novel peptide antioxidants SS31 and SS20 were used to target the inner mitochondrial membrane and in particular protect the neurons in the MPTP model of PD.6 The mitochondria-targeted antioxidant MitoQ (the TPP-modified ubiquinone) has shown efficacy in both the animal models and human studies of PD.8 The other TPP-modified antioxidants (targeted versions of nitroxide, nitrones, plastoquinons and tocopherol) have also proven effective in animal models of PD.9

Although oxidative stress has been implicated in the pathogenesis of several neurodegenerative diseases, therapies based on exogenous untargeted antioxidants have been disappointing.10 Large quantities of antioxidants are needed to achieve protective effects in the CNS, as most exogenous antioxidants do not efficiently cross the blood–brain barrier owing to their hydrophilic nature. Furthermore, administration of antioxidants is limited due to their toxicity at high doses, resulting in a small therapeutic window for these agents.10 This emphasises the need for alternative strategies to therapeutically counteract the detrimental effects of reactive oxygen species (ROS) and restore the cellular redox balance. A promising candidate to limit ROS-mediated damage is the activation of endogenous antioxidant enzymes present in the CNS, such as catalase, superoxide dismutase, and peroxiredoxins.11

Transcription of these cytoprotective proteins is under control of the nuclear transcription factor NF-E2-related factor 2 (Nrf2), which plays a central role in the regulation of the cellular redox status.12 A variety of the natural Nrf2 activators have proven effective in both in vitro and in vivo models of neurological disorders.13 These activators (such as triterpenoids (TP)) were shown to offer neuroprotection against MPTP-induced toxicity.14 Synthetic TP inhibits oxidative stress and cellular inflammatory processes by potently activating the antioxidant response element (ARE)-Nrf2-Keap1 signalling pathway. Such activation results in a coordinated induction of a battery of cytoprotective genes, including antioxidant and anti-inflammatory genes. It has been proposed that the new activator of the Nrf2 pathway dimethyl fumarate (DMF) may be used for the treatment of not only multiple sclerosis, but PD too. It was recently shown that monomethylfumarate, which is a bioactive metabolite of DMF, offers neuroprotection in the MPTP model of PD.15 This suggests that activation of the Nrf2/ARE signalling pathway might represent a therapeutic target for the treatment of PD.

The novel strategy for mitochondrial pharmacology is connected with using small molecules to modulate systems outside mitochondria that control the number and activity of the organelles. Such modulation can be achieved by altering the transcription of nuclear-encoded mitochondrial proteins that control the major mitochondrial pathways regulating mitochondrial biogenesis; fission, fusion and mitophagy.16 There are now a limited number of compounds that specifically regulate mitochondrial fission and fusion: Mdivi-1 (mitochondrial division inhibitor) that inhibits dynamin-related protein1 (Drp1) and 15-oxospiramilactone (S3) that inhibits USP30, a mitochondrially localised deubiquitinase, and hydrazine (M1) with an unknown target.17 These small molecules may represent useful starting points for drugs that are pro-fusion, ie, they either block fission (Mdivi-1) or enhance fusion (M1, S3).18 Recently, inhibition of Drp1 has been tested in two PD models: genetic (aPINK1–/–mouse) and toxic (the MPTP mouse model).19 The authors demonstrated that: 1) Drp1 inhibition attenuates neurotoxicity and dopamine release deficits in vivo, and 2) pushing the balance of fission-fusion toward fusion is beneficial in PD models with altered mitochondrial function.

It is widely known that PGC1-α is the key transcriptional co-activator protein that upregulates the activity of other transcription factors involved in mitochondrial biogenesis, such as NRF-1 and Transcription Factor A, mitochondrial (TFAM).20 It was established that in mice treated with MPTP to induce Parkinson’s-like phenotypes, PGC1-α overexpression through the neuronal-specific thy-1 promoter significantly protected dopaminergic neurons from MPTP-induced degeneration.21 Helliwell (2016) discussed multiple routes to PGC1-α activation using the low-molecular-weight compounds that target Sirt1, AMPK and PPAR. Resveratrol (a natural stilbenoid found in the skin of grapes) was initially proposed as an activator of Sirt. Resveratrol has been tested in a mouse model of PD where PGC1-α is a likely efficacy target. A recent study showed that necdin, which stabilises PGC-1α, protects against neurotoxicity induced by MPTP.18

It is known that cells have developed a mechanism to eliminate dysfunctional mitochondria via mitophagy. The PINK 1/Parkin-dependent mitophagy has been predominantly implicated in the pathogenesis of PD.22 A novel concept for the treatment of mitochondrial disorders by targeting regulatory components of the mitophagy machinery and upregulating this pathway has been considered now as valuable for PD therapy.22 There are several compounds that increase Parkin function in vitro, including epigenetic agents, cholesterol synthesis modulators, and JNK inhibitors.23 In particular, it has been found that the small molecule JNK inhibitors protect dopaminergic neurons in an MPTP model of PD.24 The activation of a PINK1 neo-substrate (PINK1 yielded kinetin triphosphate) by the kinetin triphosphate precursor (kinetin) administration was able to increase the activity of both wild-type and disease-mutant (PINK1G309D ) directing Parkin to depolarise mitochondria in cellular models of PD.25 It is known that Parkin’s enzymatic functions are antagonised by de-ubiquitination enzymes (DUBs).26 Firstly, small molecule DUB inhibitors as well as Parkin activators are already under development and could furnish the next generation drugs for disease-modifying therapies.4

In our recent study, we have found that use of the new compound Capicor (Meldonium connected with γ-butyrobetain) in PD patients’ therapy results in overexpression of Parkin in leukocytes, normalisation of prooxidant-antioxidant balance in blood plasma, prevention of mitochondrial degradation, stimulation of mitochondrial fusion and elimination of damaged mitochondria in platelets via the mitophagy pathway.27 This compound can act through the DJ-1-connected pathway, which works in parallel with PINK1/Parkin. As has been shown in rotenone- and MPTP-treated mice, phenylbutyrate increased DJ-1 expression, protected DA neurons in SNpc and reduced deterioration in motor and cognitive functions.28

Schapira et al. (2014) proposed several target pathways in PD that merit further study.5 These targets include agents that might improve mitochondrial function or increase degradation of defective mitochondria, kinase inhibitors, calcium channel blockers, and approaches that interfere with the misfolding, templating and transmission of α-synuclein. In this review, we have elucidated the promising pharmacological interventions that modulate different pathways involved in the development of mitochondrial dysfunction and oxidative stress in PD. Such pathways have been implicated in mitochondrial dynamics and clearance dysregulation of mitochondrial biogenesis, fission, fusion, and the mitophagy machinery as well as in molecular mechanisms of antioxidant cell defence.

DR IRYNA MANKOVSKA is the leading Researcher in the Department of Hypoxia at the Bogomoletz Institute of Physiology, Ukraine, with specific interests in the use of bio-membrane stabilisers and antioxidants in the correction of tissue hypoxia. She revealed the peculiarities of hypoxia development in muscle tissue and developed a new approach to the oxygen regimen of muscle tissue in terrestrial and marine animals.

DR KATERYNA ROZOVA is a Principal Researcher in the Department of Hypoxia at the Bogomoletz Institute of Physiology, Ukraine. Her interests lie in studying the relationship between structure and function in bodily systems, and in morpho– and stereometric investigation into the role of mitochondrial and endothelial dysfunctions in the development of hypoxia.

DR OLGA GONCHAR studied for her PhD in the Physiology of Human and Animals at the Bogomolets Institute of Physiology, National Academy of Science, Ukraine. Her research has addressed various methods of analysis, including areas of cellular and molecular biology.

LARYSA BRATUS is a Researcher at the Bogomolets Institute of Physiology, Ukraine, with specific interests in methods of adaptation to hypoxia, and their use in medicine and sports.

DR IRYNA KARABAN is Head of the Parkinson Disease Treatment Centre, within the Department of Clinical Physiology and Pathology of the extrapyramidal nervous system at the Institute of Gerontology, Ukraine.