The rise of high-throughput flow cytometry in drug discovery

Flow cytometry has played a key role in drug development, largely due to its ability to measure up to twenty parameters on single cells or particles suspended in a fluid stream. Typically, cells are labelled with fluorescent markers and passed through a series of lasers, after which the resultant fluorescent signals are collected and analysed. A major problem for flow cytometry’s utilisation in drug screening, however, has been the historically slow process by which samples are analysed, which requires single tubes to be manually recorded individually.

This is simply impractical for those needing to screen thousands of compounds per day. In response to this, high-throughput (HT) flow cytometry technologies, which utilise automated sampling platforms, have been developed and perfected, turning flow cytometry into a viable assay for large-scale drug screening. The deployment of HT flow cytometry at companies such as AstraZeneca1 and Novartis,2 along with recent studies in leukaemia3 and glioblastoma,4 have shown just how effective this technology can be.

In the field of imaging, high-throughput screening (HTS) has long played a major role in drug discovery,5 yet although microscopy-based imaging can be a powerful tool, flow cytometry offers several key advantages. Most importantly, through the application of Fluorescence Activated Cell Sorting (FACS), is its ability to physically isolate and separate single cells from a heterogeneous sample, which can then be analysed downstream. In addition, flow cytometry can perform in-depth analysis on both suspension and adherent cells, whereas imaging is typically carried out only on adherent cells. For scientists studying immune cells, which are in suspension, flow cytometry is incredibly valuable, as traditional imaging techniques are often unsuitable.

A drawback to flow cytometry in its early form was the lack of any form of athe utomated sampling system of the kind required for drug screening. Pressurised sample tubes were changed and analysed by hand, making it nearly impossible to implement on an industrial scale. By the mid-1990s, however, researchers at Los Alamos began using automated sample loaders attached to traditional flow cytometers to analyse molecular interactions in near-real time.6 These sample loaders represented a significant breakthrough, as they allowed tubes to be run more efficiently and therefore more quickly.

Following the success of these experiments, researchers at the University of New Mexico developed a technique called plug flow cytometry.7 This technique set the stage for modern HT flow cytometry technologies by eliminating the pressurisation requirement, instead utilising a constant fluid stream into which samples were ‘plugged’, controlled entirely by a computer and without any carryover risk between samples.8 This enabled scientists to run vast libraries of drug compounds to study ligand interaction via flow cytometry at a rate comparable with other HTS technologies.8 In addition, being automated, it eliminated operator variability – a key aspect in future HT flow cytometry technologies.

In the last twenty years, HT flow cytometry has steadily grown into a widely-utilised technology for drug screening with many major pharmaceutical companies1,2 now using the technology in critical stages of their drug screening pipelines. In addition, two recent academic studies in leukaemia3 and glioblastoma,4 respectively, highlight the enormous potential that HT flow cytometry holds for drug discovery.

Tyrosine kinase inhibitors (TKIs) have proven effective in improving patient survival in many haematological cancers; particularly Chronic Myeloid Leukaemia (CML), where they target the BCR-ABL protein.8 TKIs have not been utilised in T-cell lineage acute lymphoblastic leukaemia (T-ALL), however, which is an aggressive form of leukaemia arising in T lymphocytes. Interestingly, T-ALL was first characterised prognostically with flow cytometry, which defined the differentiation stage of the leukaemic clone.3

Recently, Perez, et al.3 set out to study the role of TKIs and other small-molecule inhibitors in T-ALL. To achieve this, they used the HyperCyt™ flow cytometry platform, which is an HT system that rapidly aspirates samples from 96-well plates, with each plate taking only about two minutes to complete.3 They ran a screen of small molecule inhibitors, including 26 FDA-approved TKIs, using T-ALL cell lines and patient samples. They found that multiple approved compounds, especially the cyclin-dependent TKI Alvocidib, demonstrated high cytotoxicity across all the cell lines; it was also discovered that two proteasome inhibitors (bortezomib and carfilzomib) were effective against all the T-ALL patient samples.3 This protocol represents as a solid foundation for future HTS work targeting the kinome of haematological cancers with FDA-approved inhibitors, which could prove extremely useful in drug repurposing.

Their results also highlight the role that HT flow cytometry can play in personalised medicine, as they found that the effectiveness of a given inhibitor varies between different patient samples.3 This is an important fact to consider as clinicians move towards individualised therapies, and protocols such as these may play a critical role in making these therapies a reality.

Glioblastoma multiforme (GBM) is a highly aggressive and lethal brain tumour, with a median survival time of less than two years following intensive surgical resection and chemotherapy.4 Treatment of GBM has been hampered by its aggressiveness and the presence of cells known as glioblastoma stem cells (GSCs), which strongly resemble normal stem cells.9 These GSCs appear to be essential for tumour growth, opening up the possibility of differentiation-based therapy.

Spina et al. recently developed a flow cytometry-based HTS protocol for identifying small molecules that promote GSC astroglial differentiation. Two NIH Clinical Collection libraries were used for a small-molecule drug screen. A total of 727 agents were tested on GBM patient-derived neurospheres (free-floating clusters of neural stem cells) and the presence of glial fibrillary acidic protein (GFAP)-GFP, a marker of differentiation, was recorded via flow cytometry. Twelve compounds were found to induce expression; most interestingly, Atracurium Besylate, a non-depolarising neuromuscular blocker, which effectively induced astroglial (but not neuronal) differentiation of GSCs.4 This assay does not require any knowledge of the signalling pathways present in GSCs, and instead allows researchers to attain a desired phenotype, which, in this case, was GFAP expression.

Dine et al. recently published a detailed paper highlighting the role that HT flow cytometry has played using software to record samples from 1536-well plates in rapid succession. These plates are a significant improvement over the standard 96- and 384-well plates that are typically used, as they are more efficient once loaded and require less volume per well.

Using such platform, researchers have successfully performed multiple flow cytometry-based screening assays, including T-reg phenotype screenings, compound profiling, and lead optimisation.1 These assays all require multi-parameter analyses of sub-populations within cell suspensions, which is a key benefit of flow cytometry, and combined with the ability to analyse thousands of samples per day, it is clear why they have adopted HT flow cytometry into their drug discovery pipeline.

According to the paper, researchers “envisage HT flow cytometry to be a key enabling technology across all phases of drug discovery.”1

Advancements have also been published recently by Joplin, et al.2 Researchers have developed a sampling system that can achieve a throughput of 50,000 wells/day and, coupled with a custom software, this resulted in a fully automated platform that enables robust phenotypic drug discovery.

The adoption of HT flow cytometry at major pharmaceutical companies is a prime example of just how far the technology has come from its early stages.

Although much has been achieved in the field of HT flow cytometry, there is always more that can be done. Of particular recent interest has been the analysis of nano-sized extracellular vesicles (EVs), specifically cell-derived exosomes (Exs). Exs have the potential to be exploited as drug delivery vehicles, but their small size makes them very difficult to study.10 Flow cytometry may be ideal for studying Exs, as low-end sensitivity has improved greatly in recent years allowing for the analysis of particles previously indistinguishable from debris.11

Like all technologies, HT flow cytometry has limitations and bottlenecks that need to be overcome to improve efficiency and sensitivity. One such bottleneck is the sample preparation stage. Cell staining is highly involved, requiring multiple steps that often results in cell loss. A second drawback is the potential for clogging in the flow cytometers, which, if left unattended, could lead to the loss of an entire sample run. Reliance and complete trust in automation can also be a hurdle for some. It is also difficult for many scientists to fully embrace automation.

Ongoing improvements in cell staining, sample handling, instrumentation and data analysis – driven in large part by the demands of the pharmaceutical industry – will ensure flow cytometry’s exciting and growing role in accelerating drug discoveries across a broad range of diseases.

Conor Fitzpatrick is a flow cytometry specialist and lab manager at the Salk Institute for Biological Studies, with a special interest in single cell and high-throughput flow cytometry. He has extensive experience applying flow cytometry to a broad range of research areas, from neuroscience and oncology to plant biology. 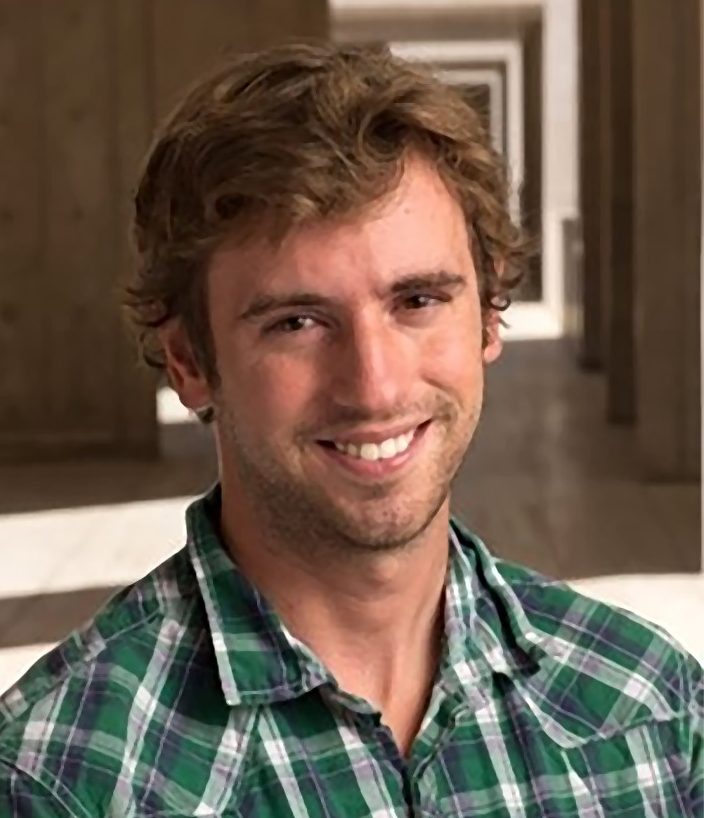