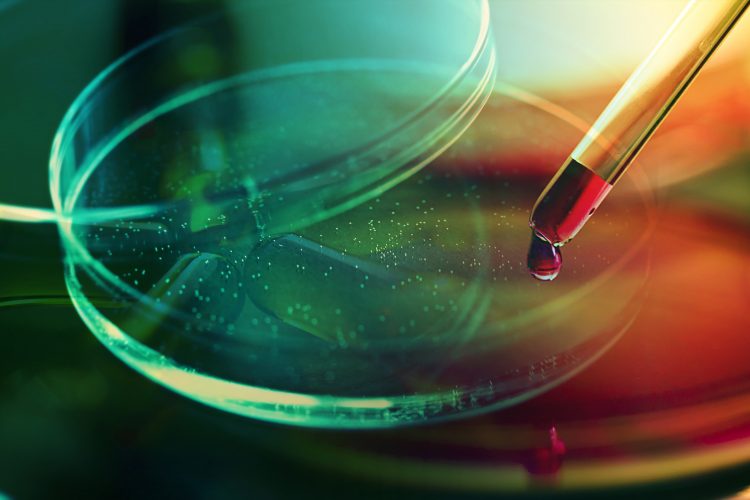 This two-dimensional (2D) approach to cell-based screening involves utilising a monolayer on a variety of planar substrates and has been the preferred method due to the ease with which the cell monolayers can be induced to proliferate on planar surfaces. Though these are widely utilised to predict in vivo drug responses for many targets and pathways, however, there are challenges with the current 2D model since it does not accurately represent the microenvironment – especially for tumour cells – and thus difficulties may be encountered downstream with translation in vivo. The disadvantages are primarily associated with the loss of tissue architecture, mechanical and biochemical cues, and cell-to-cell cell and cell-matrix interactions’, thus making them relatively poor models with which to predict drug responses, especially for diseases such as cancer.

Factors such as the limitations of 2D culture, the advancement of laboratory products, high-end detection instrumentation and analytical software, and the emergence of stem cell technologies, have led to the growing adaptation of the 3D culture models in many phases of drug discovery, including target validation, lead identification as well as preclinical optimisation. Thus, tissue-specific architecture along with elements in the surrounding microenvironment are essential components for in vivo response and can be at least partially recapitulated utilising three-dimensional (3D) cell culture models.3 Previously, 3D culture models were mostly developed for cancer research, as the environment in the 3D culture more closely mimics the tumour microenvironment. At present, 3D cell culture techniques are emerging as a pivotal new tool in preclinical drug discovery. The past decades have witnessed rapid progress in the development of 3D cell cultures and recent studies have demonstrated the potential of utilising these culture models in such applications.4,5,6

There are a wide range of 3D cell culture technologies that have emerged as a result of recent advances in tissue engineering, microfabrication and cell biology. 3D cell tumour models exist in several forms from multicellular layers on porous membranes coated with collagen to matrix-embedded cultures, hollow fibre bioreactors and multicellular spheroids. Recently, technologies from stem cell research as well as mixed cell culture techniques have been the key to the growing use of dish-based organogenesis.7 This technique helps establish a high degree of physiological relevance alongside facilitating the development of organoids that exhibit a realistic micro-anatomy. This article will provide an overview of the common 3D culture techniques, as well as address the advantages and challenges.

The term 3D cell culture relates to cell growth in some form of matrix or scaffold with a three-dimensional structure that would stimulate a tissue-specific physiological or pathophysiological disease-specific microenvironment whereby the cell can proliferate, aggregate and differentiate.8 There are many approaches and technologies to apply to cell growth in the 3D cell cultures. 3D cell culture models are being validated using an array of new assay formulation, multiplexing and staining methods aimed at measuring several parameters such as DNA staining of dead cells, caspase makers for apoptosis and others.9

Primarily, 3D cell culture systems are classified into two categories: 1. Scaffold-free, and 2. Scaffold based (natural or synthetic). For scaffold-based 3D cell culture systems, there is a wide variety of materials available for use. As an estimate, over 100 types of matrices (from proteins and glycoproteins, to secreted proteins and growth factors), as well as scaffolds (both organic and inorganic) are in use.10 Extracellular matrix (ECM), though, was previously thought to serve as a structural support but is now known to play a critical role in various aspects of cellular behaviour in a tissue-specific manner. In addition, the level of rigidity of the material used for the 3D cell growth is one of the characteristics that influences the maintenance of homeostasis.11 Therefore, the composition of ECM, along with its physical properties, can have a major impact on a cell’s response to drugs – either by enhancing its efficacy, altering its Mechanism of Action (MOA) or increasing drug resistance.12

Anchorage-independent 3D culture techniques rely on the self-aggregation of cells on specialised culture plates. There are several variations to the specialised culture plates, which include the hanging drop microplates and the low adhesion plates (with ultra-low attachment coating that promotes the formation of spheroids).13 Hanging drop cultures are a popular 3D technology that takes advantage of self-aggregation of cells into spheroids when the surface is not available for attachment and has applications in toxicity testing in hepatocytes and in engineering cardiac spheroids.14,15 The low adhesion plates are similar to hanging drop cultures since they take advantage of the lack of cell attachment surface to promote aggregation of cells and spheroid formation. However, this technique has other advantages over hanging drop, with the elimination of steps that are required for manipulating spheroids. Another emerging technique for the formation of spheroids is the magnetic cell levitation, which also holds promise in drug discovery.16 This technique employs magnetic nanoparticles that are preloaded on the cells. Then, using an externally applied magnetic field, the cells are floated toward the air / liquid interface to promote cell-cell aggregation and thus facilitate spheroid formation.17

Anchorage-dependent culture techniques provide physical support ranging from simple mechanical structure to ECM-like matrices that facilitate aggregation, proliferation and migration of cells. Typically, the cells are embedded into the matrix and the physical and chemical properties of the scaffold material will influence the cell characteristics. Scaffolds of synthetic origin can be modified to have biologically active molecules be encapsulated in order to enhance specific phenotype or aid in cell proliferation. Therefore, the selection of a scaffold is a critical step in a given application with consideration of the properties of the material that define physical as well as biological factors. Scaffolds can be broadly classified into hydrogel scaffolds of biological origin and synthetic hydrogels. Hydrogels are networks formed from dilute polymer chains with given structure and properties, which are formed as a result of intermolecular or interfibrillar crosslinks.

Hydrogel scaffolds of biological origin from natural sources include collagen, fibrin or Matrigel and are biocompatible with natural adhesive properties and sustain many physiological cell functions. Type I Collagen is the most commonly utilised ECM in 3D culture.18,19 In contrast, are synthetic hydrogels, which can mimic the biological properties of ECM and are classified as non-natural and natural polymers. Unnatural polymer hydrogels include polyethylene glycol (PEG), polylactic acid (PA), polyglycolic acid (PGA) and others. These have the advantages of being relatively inexpensive with reproducible material properties, yet lack the adhesive moieties found in natural ECM.20 Synthetic natural polymers also offer the advantage of consistent and tunable material and properties. In addition, they are highly compatible with encapsulation of cells due to the biological nature of their naturally occurring moieties. Hydrogels in hyaluronic acid (HA) are an example of one of the best characterised natural hydrogels, due to the presence of glycosaminoglycan, which can be modified with functional groups, allowing for the formation of hydrogels with an array of properties with diverse applications.21

As the materials science continues to evolve, a new range of hydrogels like small peptide-based materials will provide new insights to the 3D cell culture technology. Also, micropatterned plates can be designed to serve as a scaffold-based 3D culture environment with an endless array of imprinted micropatterns on the surface of the plates.22 A microspun 3D fibrous scaffold was recently developed to aid tumouroid formation for anticancer drug development.23

Despite the major progress in 3D cultures over the past few years, offering considerable promise across a wide range of drug discovery and toxicity testing for a diverse range of diseases – from cancer to neurological disorders – this technology has some limitations. These are primarily its inability to provide relevant and validated 3D cell/tissue models. The major challenge in the optimisation stems from lack of the quantifiable entity of biomarkers of three dimensionalities. On the other hand, there are some limitations specific to the method type as well. One such example is the differences in reproducibility between different batches for the scaffold-based culture system, which remains unsatisfactory. There are also reports of potential interactions of the screening compounds with the scaffold, which can, in turn, impact the quality of the results from the screening studies.

In conclusion, while there are several advantages of 3D cell culture technologies from the perspective of biological relevance, especially for drug discovery and other applications, there are still challenges that need to be addressed to establish 3D culture systems as a standardised platform for drug discovery and other applications in the pharmaceutical industry. 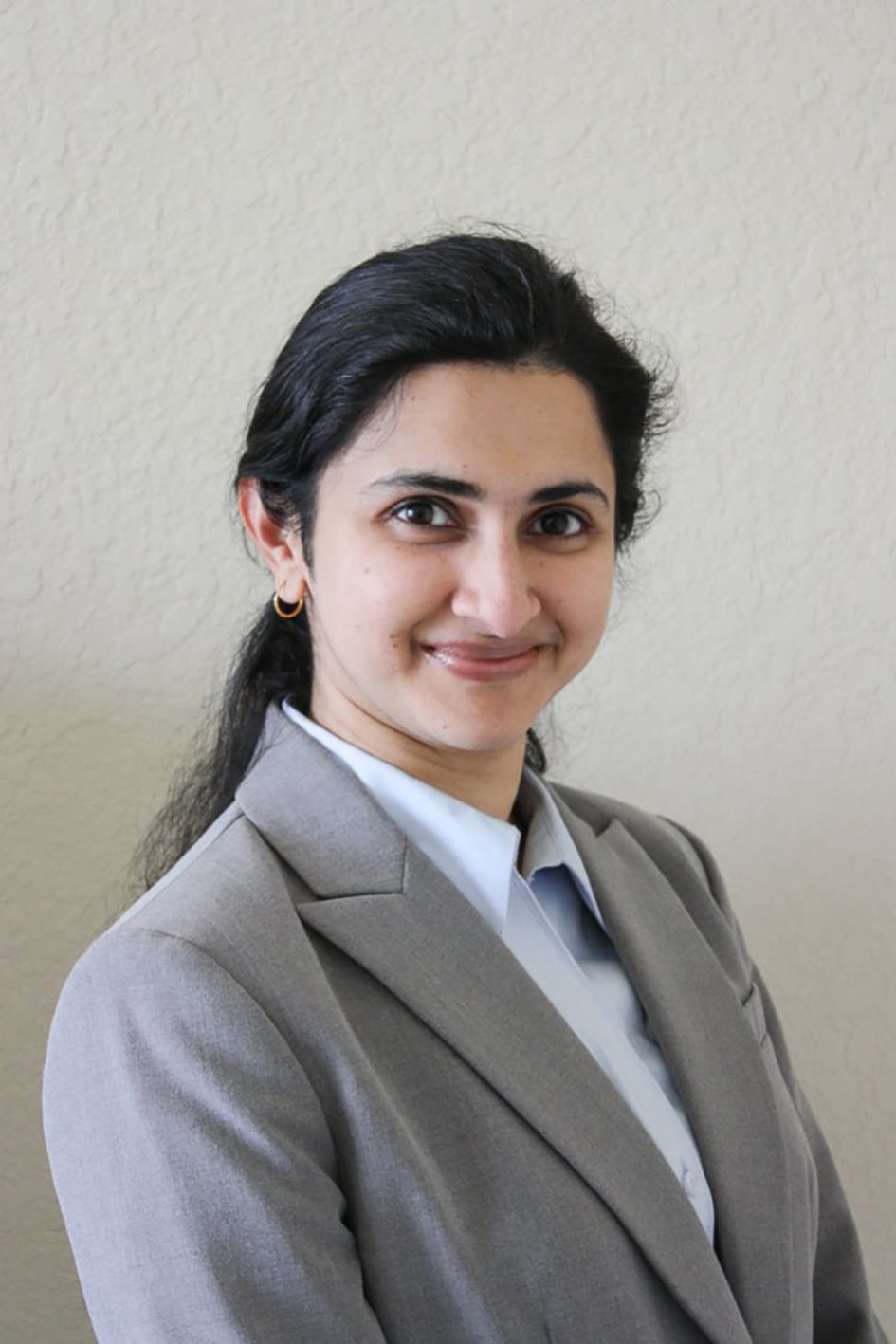