The importance of adequately triaging hits from HTS campaigns

High throughput screening (HTS) continues to be employed in drug discovery as the primary source of identifying chemical starting points for drug discovery and tool compounds for chemical biology, respectively. Although small molecule drug discovery efforts have focused largely upon enzyme, receptor and ion-channel targets, there has been an increase in such activities to search for protein-protein interaction (PPI) modulators by applying HTS compatible protein binding assays… 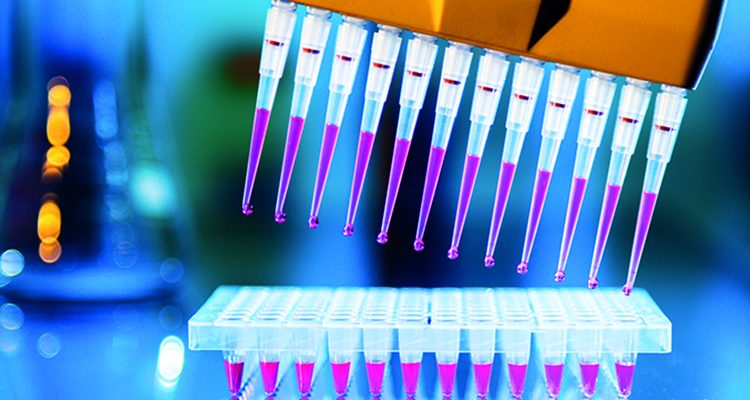 Most HTS campaigns are performed in Society for Biomolecular Screening standard microtitre plates in a variety of validated assay formats and their associated detection methods. However, a disadvantage of miniaturised assay formats with adapted detection technologies is that many primary hits are frequent hitters regardless of the particular enzyme target or PPI investigated. Thus, appropriate triaging strategies are required to identify and remove false positives from the initial hit populations and here we discuss such experimental or chemoinformatical strategies.

The early stage of drug discovery can span a period of up to several years during which time a target is identified and subsequently rigorously validated in biochemical, cell-based and genetic models to gain confidence that the particular target is deemed worthy for therapeutic intervention. At this stage the target is developed in the direction of becoming a biological reagent for assay development purposes. The biological reagent is utilised to adopt an appropriate assay for monitoring target activity (e.g., enzyme activity or PPI), usually in microtitre plates of various densities (96, 384 and 1536 wells per microtitre plate). This assay often makes use of the target of interest in isolation using biochemical assay formats or in more complex cell-based systems. Cell-based assays can be divided into assays with bulk readout (e.g., luminescence) or microscopy readout, which is the case when applying high-content screening (HCS) techniques.

Having developed an assay, it is then used in a screening campaign against libraries of small molecules in order to identify those that modulate target activity in the desired manner. The small molecule libraries employed in the screening campaign contain large numbers, which are typically in the 10,000-to-1,000,000 range. Having completed a primary HTS campaign, those compounds with suitable activity are classified as primary hit molecules. For illustrative purposes, a primary HTS campaign that makes use of 500,000 compounds with a hit rate of 1-2% will yield 5,000-to-10,000 actives in the Primary HTS5-7. At this stage it is important to develop strategies that guarantee an efficient triaging of the primary hit list of compounds. These primary hit compounds need to be re-tested in a confirmation assay (usually in triplicate) to ascertain which of the primary hits were real, since all assays usually have a small but significant false positive hit rate. In addition, these compounds are evaluated in a suitable counter assay to ensure that the activity in the primary HTS assay is not an assay artefact. This exercise will also allow frequent hitters to be identified and excluded from the pool of compounds for further study of the same assay type.

Importantly, having a good database of frequent hitters will facilitate hit confirmation procedures, since researchers will have the immediate opportunity to eliminate frequent hitter small molecules from the hit list early before starting laborious hit confirmation and counter screening. A good assay will typically yield a confirmation rate of >70% in the primary HTS assay and most of the compounds would be inactive in the Counter assay. Compounds that exhibit the desired profile are then assessed in dose-response experiments in the primary assay in order to allow the determination of the potencies of the compounds against the target of interest. This list of compounds is then nominated as confirmed hit molecules for further validation. 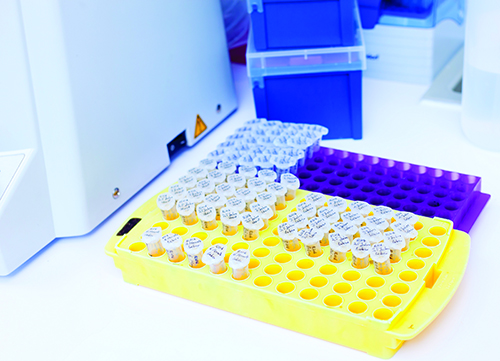 Current in vitro HTS technologies rely on methods that utilise complex chemistry or fluorescent molecules8. Although a common issue, in this article we focus on describing the problems associated with the identification of specific PPI modulators. The homogeneous assay formats being used for PPI detection are usually based on sensitive light- or fluorescent-based detection methods, such as AlphaScreenTM, TR-FRET or fluorescence polarisation (FP), to quantify the effect of compounds on a certain PPI target9-12. These methods involve affinity matrices that bind to the different protein tags of the PPI pair. Typical HTS artefacts for these assays will include inner filter effects of compounds due to absorption of light or compounds that lead to aggregation or interfere with binding of protein-tags to affinity matrices. Moreover, fluorescent compounds will interfere with assays that make use of fluorescent detection by either generating background fluorescence or by acting as fluorescence quenchers. Therefore, orthogonal HTS assays (e.g., TR-FRET or FP assays as counter assays for primary AlphaScreenTM assay) are required to counter-select primary hits and to flag frequent hitters at an early stage of the drug discovery process.

It is important to have an IT solution that will enable transfer of this knowledge back to the compound library in a suitable database to mark individual compounds with promiscuous liabilities. Ideally, detection methods and protein affinity-tags should be substituted within the primary, confirmation and counter assays to be able to pinpoint small molecules interfering with an undesired mode of action. Unfortunately, sensitivity and robustness of different assay types for the same PPI pair can vary significantly dependent on the technology and on the different affinity matrices employed, and hence may lead to wrong interpretations. Thus, additional chemical filters have been developed to identify HTS artefacts directly in primary data sets.

The use of chemoinformatics approaches for hit triaging

The comparison of small molecule structures and HTS data across many projects with different targets allows for identification of primary hit patterns that emerge independently from the protein target being investigated. This information can be used to build chemoinformatics filters to recognise undesirable functionality directly from the primary hit list. The use of these filters is important to avoid erroneous interpretation of results of HTS experiments and to prevent progression of false positive compounds. Moreover, this computational approach facilitates the early drug discovery process by reducing laborious validation of the primary hits by eliminating obvious frequent hitters at an early stage.

In the past, different filter systems including pan assay interference compounds (PAINS) filters have been developed that focus on small molecules rationalised as assay-promiscuous compounds13. Although the PAINS filters present a powerful tool for identification of certain subclasses of frequent hitters, these filters cannot recognise all small molecules interfering with unique features for one specific assay type and therefore the need for more chemoinformatics filters with unique features are needed. In a recent study, new filters were developed particularly with regard to the use of His-tagged proteins in the AlphaScreenTM technology14. These filters allow the combinatorial identification and classification of AlphaScreenTM frequent hitters and His-Tag frequent hitters. Furthermore, these filters can help to predict the mechanism of action of promiscuous compounds and this can be a valuable source of information for other assay types also including His-tagged proteins. However, the classification of frequent hitters into different subtypes is only possible by conducting appropriate counter assays. Therefore, chemoinformatics analyses rely on careful data generation, evaluation and storage. Although chemoinformatics filters are very useful for prediction of frequent hitters at an early stage, this will not completely replace in vitro counter screening and thus the triaged set of compounds will still require experimental confirmation.

The newly developed filters as well as those from previous studies were made publicly available at OCHEM’s web site: http://ochem.eu/alerts and can be freely accessed by the web users to interpret results of their HTS screening campaigns14.

Many of the assays that are extensively employed to screen small molecule libraries can be used to screen a wide range of protein target classes. A disadvantage of many of these assays is that a large proportion of the small molecule screening campaign primary hits are false positives and these need to be identified and eliminated very early during the drug discovery process. When initiating a small molecule drug discovery project it is advisable to develop a panel of assays (primary, secondary and counter assays) and evaluate compounds in each of them so as to determine which is least prone to yielding assay format-specific artefacts. It would be anticipated that a genuine hit would be active in a range of different assay types. In addition, chemoinformatics efforts will help to have an initial line of elimination of most obvious frequent hitters.

KENJI SCHORPP is staff research scientist at the Assay Development and Screening Platform, HelmholtzZentrum München, Munich, Germany. He is responsible for assay development and screening of early drug discovery projects. Prior to this, he worked as a Postdoc and gained his PhD at the Max-Planck-Institute of Biochemistry in yeast biology. His PhD is in Biology.

KAMYAR HADIAN is the head of the Assay Development and Screening Platform at the HelmholtzZentrum München, Munich, Germany. He has experience in supervising biochemical and cell-based assay development for HTS and HCS. Prior to this, he did his Postdoc and PhD at the HelmholtzZentrum München in signal transduction and HIV. He has a PhD in Biology.

SHERAZ GUL is the Head of Assay Development & Screening at the Fraunhofer-IME SP, Hamburg, Germany. Prior to this, he worked for GlaxoSmithKline for 7 years developing biochemical and cellular assays for HTS. He has a PhD and 5 years post-doctoral research experience from the University of London.